This puzzle must-try for all!

I’m sure many played a puzzle called Crystalux, which was created by Russian developers of IceCat in 2014. Originally the game was available on Android, but on 12 September, the party came to and iOS: Crystalux. New Discovery now available on iPhone and iPad, and by this release we could not pass.

I have to say, I’m not a fan of puzzles and various games of the genre three in a row, but Crystalux right that is called “hooked”. Maybe it’s the simplicity, nice graphics and relaxing music in the style of Zen. Maybe I also liked the fact that it has its own atmosphere, which turns the game from an ordinary time-killer in a great way to train the brain when it is needed.

Anyway, the point of the game is that it is necessary not just to solve puzzles and collect different patterns of colored crystals, each of which is located on the elements in the form of a hexagon. Crystals of the same color must touch each other, and then they glow. 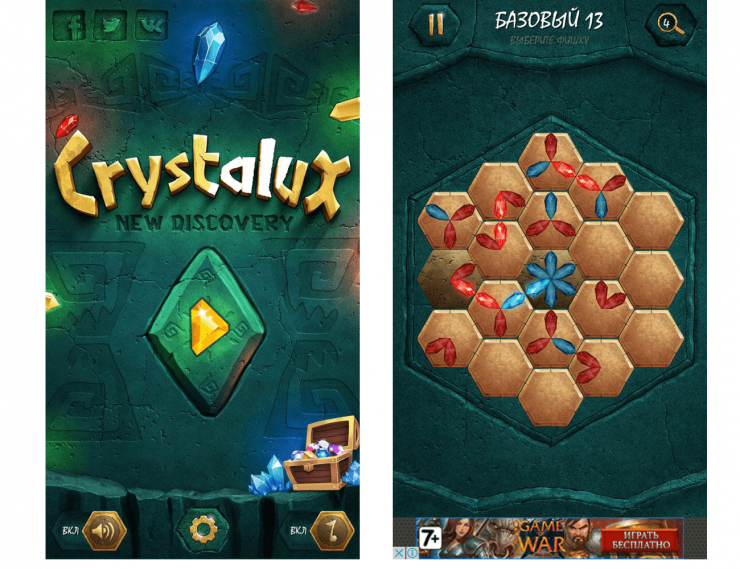 Once all the crystals are connected and form a pattern, the level is passed. A few packs (basic, advanced, expert) will help to carefully stretch your brain depending on the level of difficulty. All, by the way, the game has more than 300 levels and bosses, after the victory over which you will receive treasures and crystals for their personal treasures. 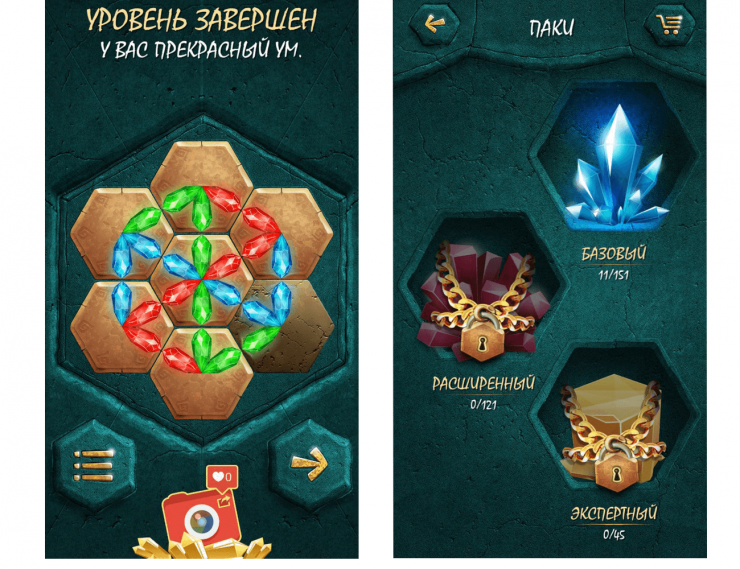 If the level is too hard, you can always use the hints, which are located in the upper right corner. Some players they need already on a basic level, but here are all individually. Not enough hints — you can buy them in game store. However, buying them is not forced: if you want to pass the levels only with your mind — please. 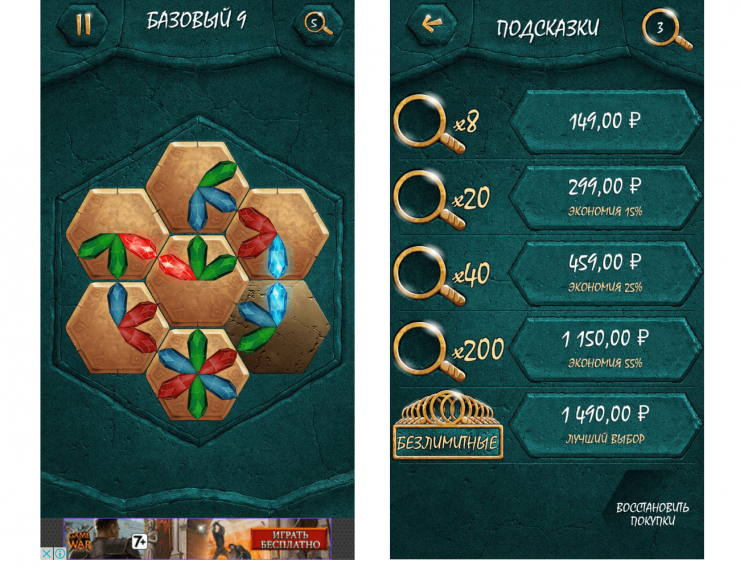 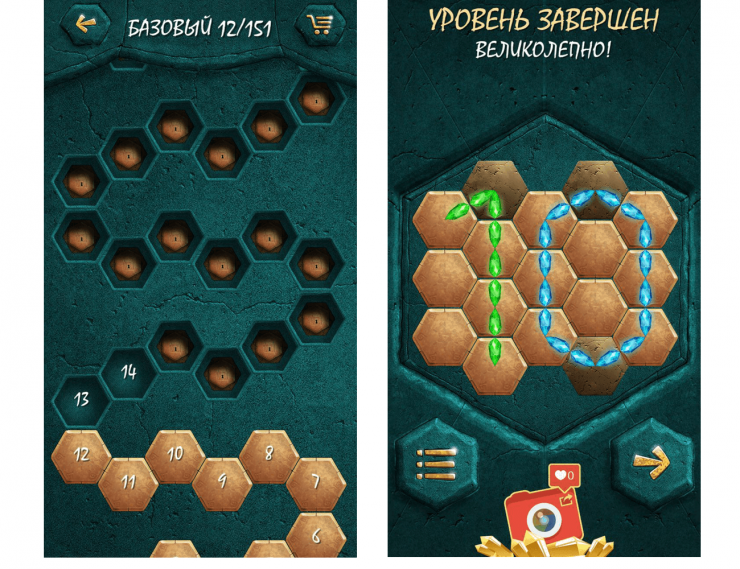 Obviously, the developers have managed to adequately transfer their offspring to iOS without losing the charm and atmosphere of the original. For me, the game was a great time killer and way to stretch your brain before work. Fans of the genre will definitely be happy, especially You! is available for free.