This should be iOS for iPhone X

10 innovations that Apple should introduce in iOS 12 exclusive iPhone X iPhone and 2018. 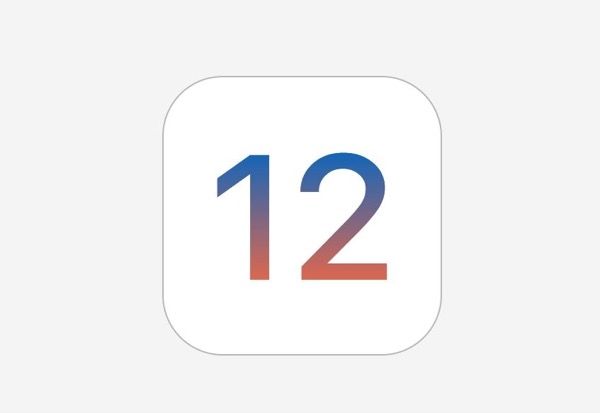 Many iPhone X still not used to the new location of the control Point. Just because it is uncomfortable. The fact that this part of the interface of iOS has hidden in the upper right corner, probably happened because of the hopelessness. Another place for him was not when the new smartphone has changed the control logic. However, this situation is easy to fix. It is sufficient to place the control under the app icons in the multitasking menu. And then everything will fall into place. 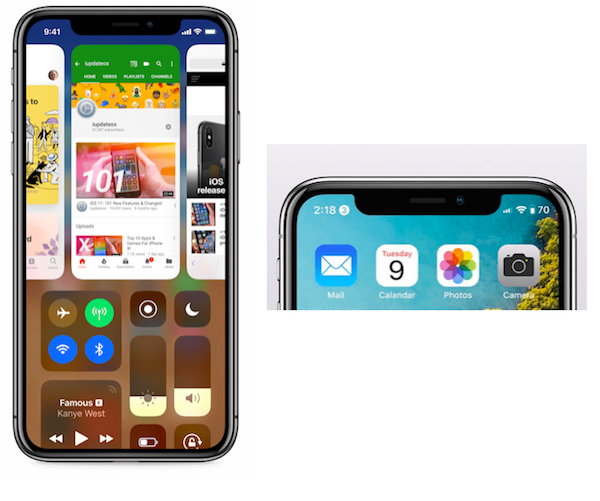 Now to see how many percent of battery left on your smartphone, you must call the notorious control Point, as in the right part of the screen is not enough space to display the battery status.

This issue was complained about quite a large number of users, and Apple did not respond. Although it is only necessary to abandon the battery icons in favor of numbers. But so ugly, and the iPhone maker is unlikely to do so.

11 iOS in General is not the fastest operating system of Apple in General. However, some features such as face scanning, are too slow. And this happens not because of the complexity of the process itself, but because of the unnecessary animations, consuming precious seconds. Apple should optimize this procedure in iOS 12 and significantly accelerate it.

Widgets, as in the Apple Watch

Smart watches Corporation, there is a compact widget on the dials that show different useful information and are shortcuts for quick access to certain applications. It would be nice if Apple added similar to the iPhone. 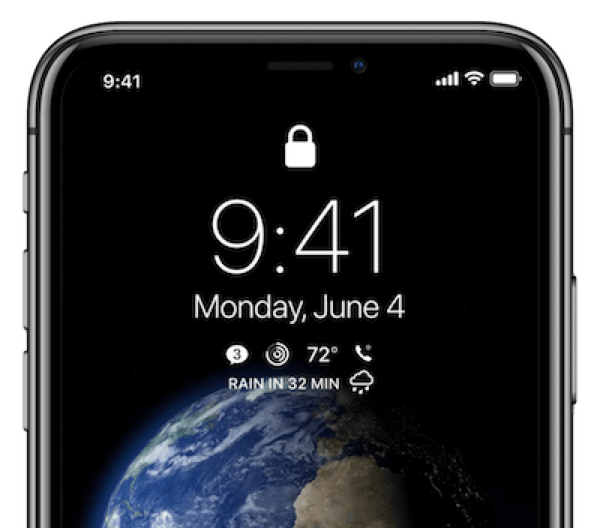 Choose your own shortcuts on the lock screen

Now on this screen are buttons to activate the camera and flashlight. And here if with a flashlight more or less logical, then why there is a camera, it is not clear at all. She did, and so is called a swipe, why even button? Apple obviously unfinished UI for iPhone X and released the crude product. Key launch the camera or the appropriate gesture will disappear in iOS 12. The company’s engineers to give users the opportunity to choose which shortcuts will appear in this field. 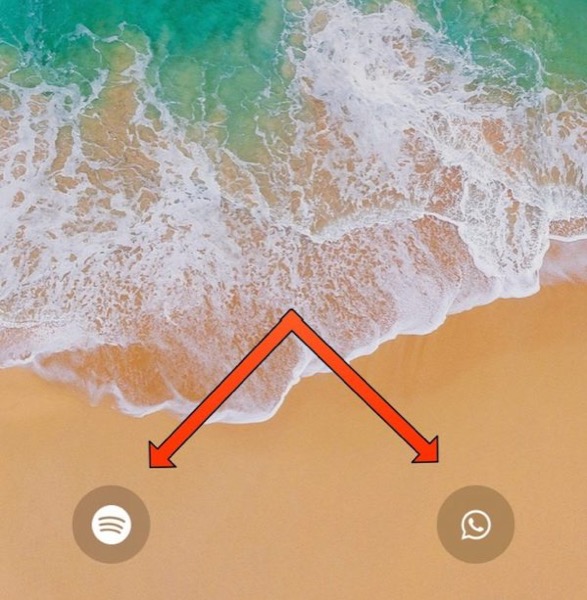 A list of frequently used Emoji under the keyboard

This is also saying since the release of the iPhone X. Under the keyboard a lot of free space that is not used. It would be nice of him to take something. Alternatively, a list of frequently used emoticons. Ideally, there should put more useful things. For example, button copy, paste, cut and other tools to control text. It’s all the same keyboard. 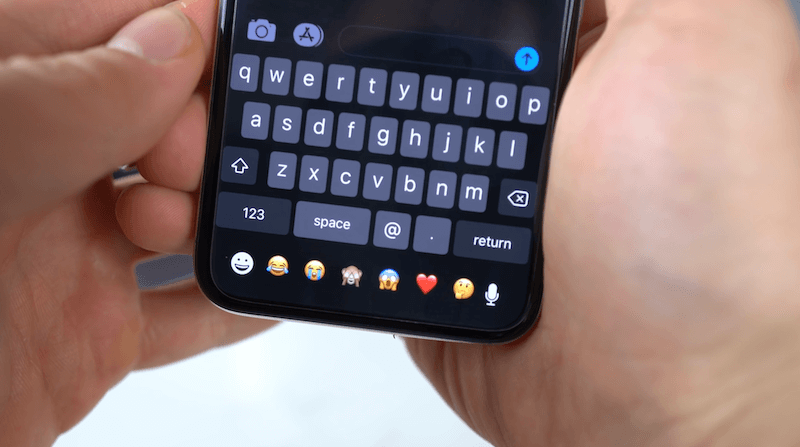 Given that iPhone of 2018 will significantly increase in size, you should transfer some functions from the iPad. Picture in picture is just one of those. Especially since it already works in some apps like YouTube and Telegram now and works quite well. 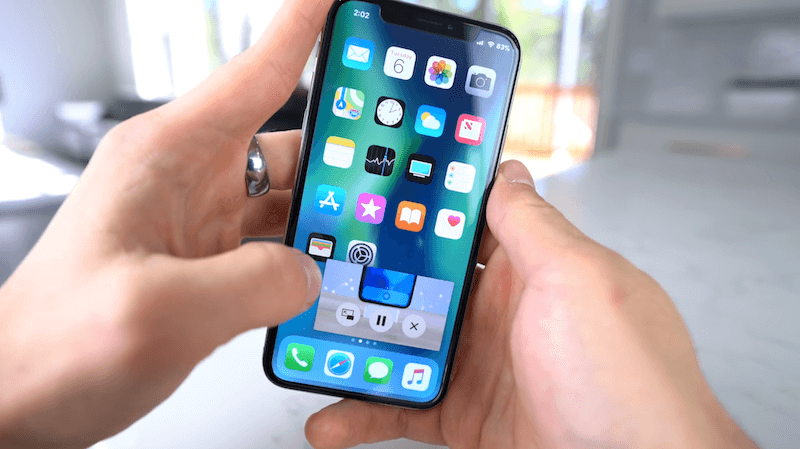 Yes, 6.5 inches is already possible to place two apps simultaneously, and it will be relatively convenient. In Android is there a long time, and even on small devices. But everyone knows that it is inconvenient and size matters. 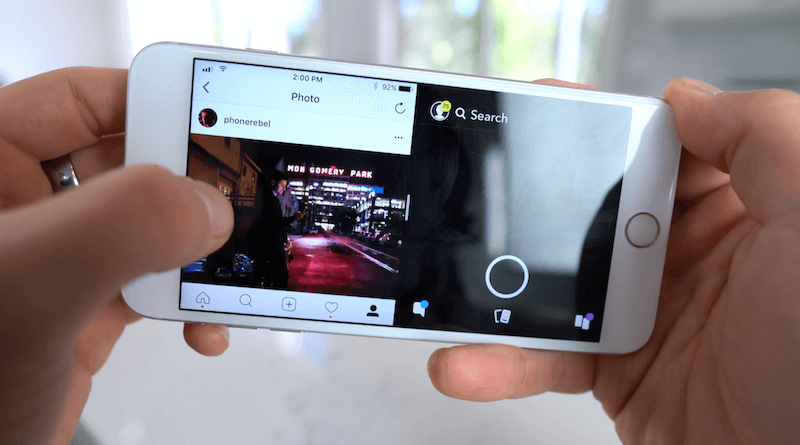 The ability to close apps with a swipe, without unnecessary clicks

New gesture to exit applications has entailed a very important change. Now to unload the active program from the memory, you must first retaining finger, and then gesture to swipe up. It is still unclear what the use of this and why was it necessary to force people to abandon the usual way of closing apps. Someone will say that they should unload from memory. But there’s a problem: they always cling and catch all sorts of bugs. And that’s when Apple will fix it, then you can even prohibit to close the application. 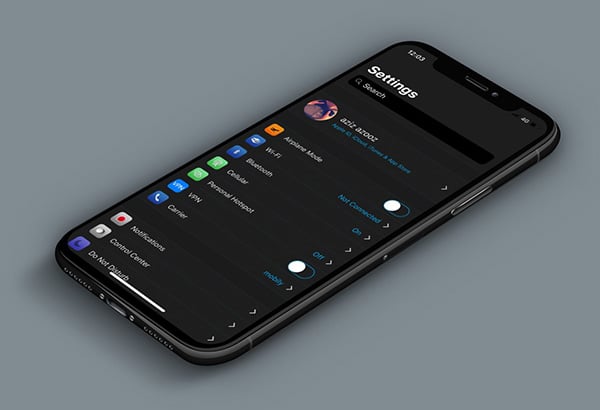 About the dark theme of the dream is not the first year. It will freshen the design of the system, and will help smartphones with OLED screens a lot longer to work out. Apple has already introduced an analogue in the form of a new mode of inversion of colors, but it has a negative impact on performance, and not all third party applications support. The developers should listen to finally users and Refine the dark theme, making it a complete part of the system.