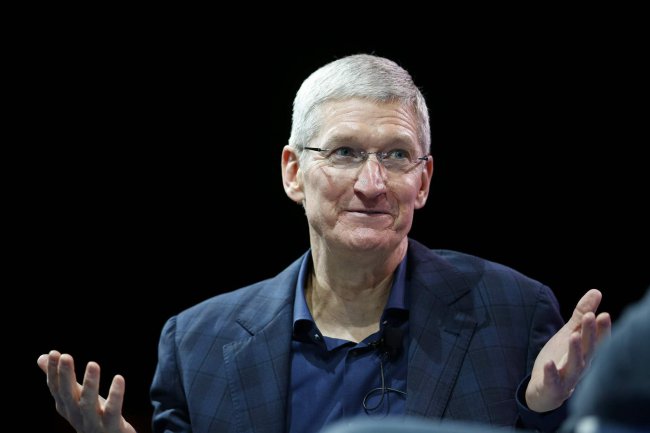 Rumors that the iPad and MacBook will soon be combined into a single hybrid device, go a very long time. There was even an opinion that iPad Pro, owning a full version of OS X will become representative of these are not well understood devices. However, according to Tim cook, Apple does not share this view and intend to preserve the autonomy of both lines.

“We are convinced that our clients are not looking for a convergent product in the form of a combined iPad and MacBook, said cook. – The matter is that this device will not be able to perform equally well [Mac and iPad]. We care about your comfort, which is why we continue to do the best in the world tablets and computers. We get a hybrid of these devices, which primarily affected our customers, which would have had to compromise”.

It looks very strange on the background of recent statements from Tim about the fact that iPad Pro is the future era of computers and can easily replace most of the functions of the PC. A 12.9-inch screen, powerful hardware “stuffing” and external keyboard will make professional Apple tablet is much more convenient and therefore preferred device. But, as it turned out, by personal computers, which will sink into Oblivion, cook meant device running Windows:

“We do not believe that “PC” and Mac is the same”.

However, in some respects it is indeed superior to the iPad Pro Apple laptops. For example, its performance was much higher than the 12-inch MacBook Retina. Due to 64-bit next generation processor OH and 4 GB of RAM, the tablet can easily handle 3D animation or “render” 4K video. But, despite the fact that the performance of ARM chips is very close to the solutions built on the x86 architecture, Apple won’t abandon the development of Intel.

“Yes, it’s true that the difference between the a-series processors and the x86 is much less noticeable, is very cautious, Tim. – So we just took some of the features of laptops and tablets and combined them. For example, thanks to Handoff, you can start working for iPad, and continue it on your Mac. It makes things easier”.