Despite the efforts of Google to solve the problem of fragmentation, with each year the problem worsens. Apple CEO Tim cook drew attention to this fact when he said during the presentation of Hello Again on the velocity of propagation of iOS 10. 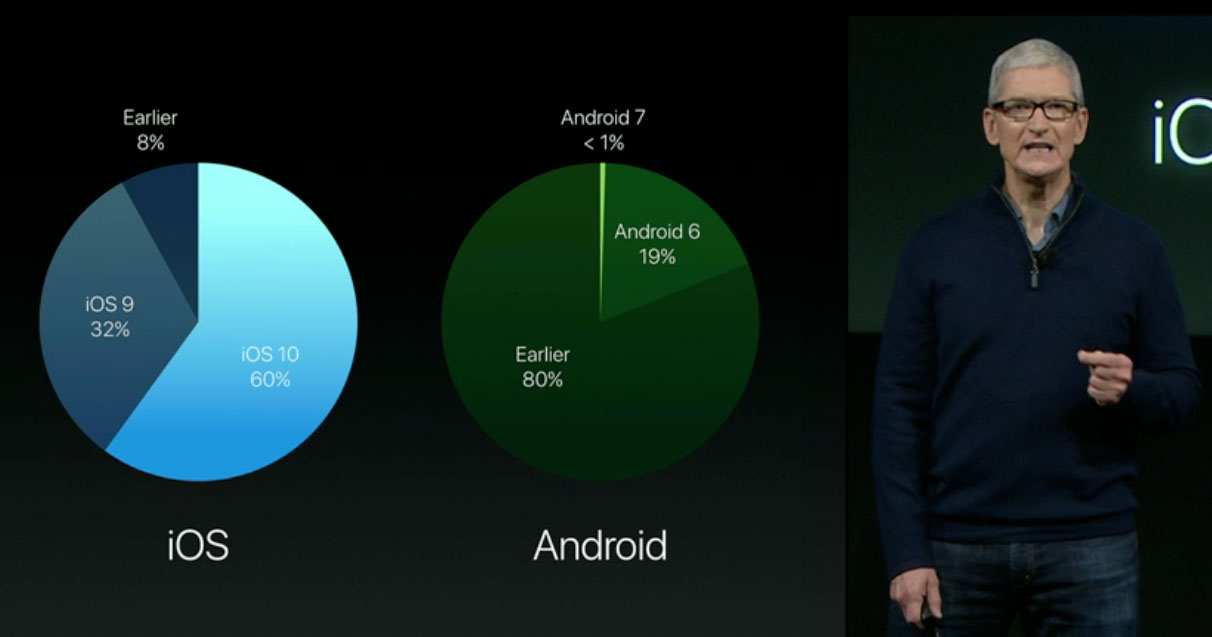 The new operating system Tim cook called “the most advanced in the world.” “The reaction of users on iOS 10 was phenomenal”, he added.

For comparison, Cooke cited the situation with the Android operating system 7 “Nougat”, which was released even before iOS 10. Now it is not installed even 1% of the gadgets.

“The reality is that most devices will never receive Android 7.0” – said the head of Apple.

According to the schedule, which led Tim cook, currently less than 20% of devices are running Android 6, and 80% of the gadgets are running even older editions of the OS. 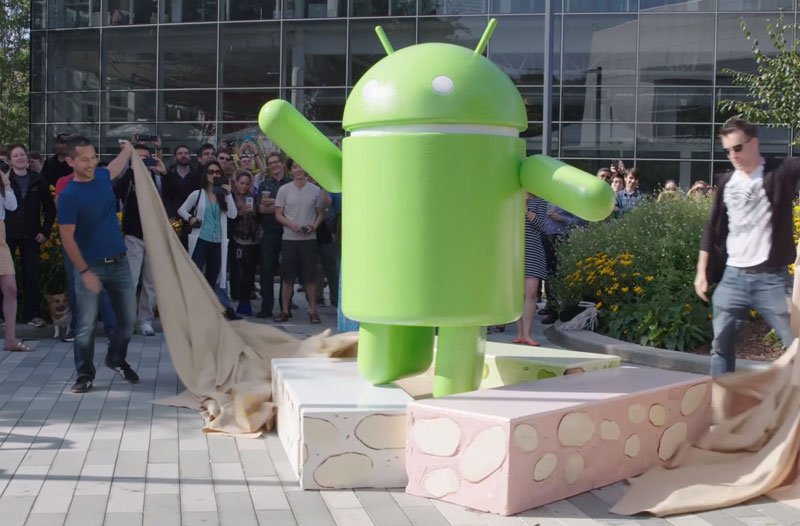 In September it became known that a number of very powerful “phones” like the Nexus 5 or the HTC One M8 will receive updates to Android 7.0 Nougat. The reason for this is quite simple: a smartphone will remain without update not only because of the reluctance of manufacturers to support the device, but due to the fact that Qualcomm has decided not to update the graphics driver for their Snapdragon processors 800 and 801.

In fairness, we note that about 8% of “Apple” devices will continue to work on iOS below the eighth version. On the one hand, it is connected with the end of support devices, and with another — unwillingness of some owners to upgrade to new versions of the system. In any case, it is impossible not to agree that a strong fragmentation of the ecosystem does not carry anything good and can potentially harm all market participants because of the impossibility of total eradication of critical security threats.