Tim cook potrollit Windows speech to the graduates of MIT

At the end of the school year, many American universities to invite well-known entrepreneurs, public figures, writers and other celebrities for a speech to graduates. We all remember the famous speech by Steve jobs to Stanford graduates in 2005. “Stay hungry, stay foolish” – he said then. 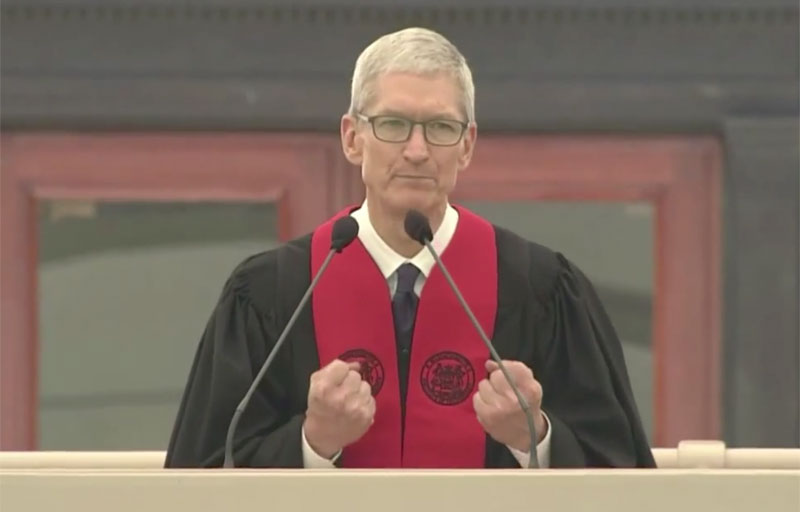 On the Friday before the graduates of the Massachusetts Institute of technology was made by the head of Apple Tim cook. In his speech he gave a few parting words to the students and made a joke about Windows.

Cook began by telling about his desire in his student years to find the answer to the question about the meaning of human life.

“I tried to meditate. I was looking for leadership and religion. I read the great philosophers and writers. At the time young indiscretions I might even experiment with Windows-based PC. And obviously it didn’t work,” said cook.

In the end, the search led him to Apple in 1998 when the company was on the verge of bankruptcy and struggling for survival. Working side by side with co-founder Steve jobs, Tim cook finally learned the most important question of your life, he sounds like this: “How can I serve humanity”.

In his work, cook is always guided by this principle. He noted that they were optimistic the next generation of people ready to serve mankind.

“Making today a step into the future, seek to use your mind, hands and heart to create something bigger than yourself. Always remember that there is nothing more important than that. As said Martin Luther king, we are all connected to each other a single cover of destiny. If you put this idea in the forefront, if you decide to live at the intersection between technology and Ministry as you strive to create the best, give the best and to do better for all – not just some – but today, all mankind has hope. Thank you very much”.