Apple CEO Tim cook gave an interview to CNN in which he discussed the issues of privacy and use of iPhone. Main quotations published MacRumors. 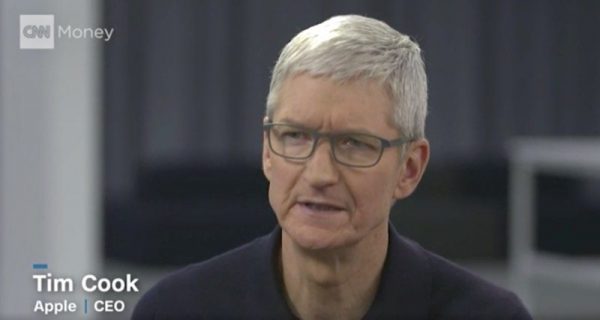 Tim cook said that Apple is committed to providing tools for consumers to better control the use of devices. According to him, Apple wants the customers were “extremely satisfied and empowered”, and the company has no desire to force users to spend all your time on the iPhone. Cook found that he too often uses the iPhone.

I found that spending much more time than I should have. I thought I was pretty disciplined in this regard, but I was wrong.

In an interview with Tim cook repeated his stance regarding the inviolability of private life and called it a “fundamental human right”. He said that we should not point the finger at companies like Facebook. Instead, people should focus on how to make the Internet “a fantastic place”.

We believe that privacy is a fundamental human right. Privacy, from the American point of view, is one of the key civil liberties that define what it means to be an American.

Tim cook asked what he thought about the rapid development of machinery, and whether he thinks that they will take over the world. Apple CEO said that he is not worried. It much more concerned that people are becoming like machines.

I don’t think machines will take over the world. And I’m not worried about it. I’m more worried about people who think like machines, because the machines thinking like humans.

On the question of whether he considers himself a politician, cook replied in the negative and stated that he would not run for political office.

I’m not a politician. I’m not sure I will do well in this environment. I think that I can contribute in what you’re doing. I love Apple, and to lead this company now — the privilege of a lifetime.

At the end Tim cook asked that Steve jobs said about the current Apple. Tim cook is confident that jobs would support the current trajectory of the development of the company.

His philosophy was concerned with broad issues of humanity. This is passed on in the DNA of the company. Apple should always try to change the world, and the change involves the creation of something better. This is what we do every day.