Tim cook receives bonus of $ 120 million for the excellent work

August 24, Apple CEO Tim cook will receive 560 000 shares of Apple in the amount of approximately 120.4 mln USD. Half of the award is meant for good performance, the Apple in the stock market. 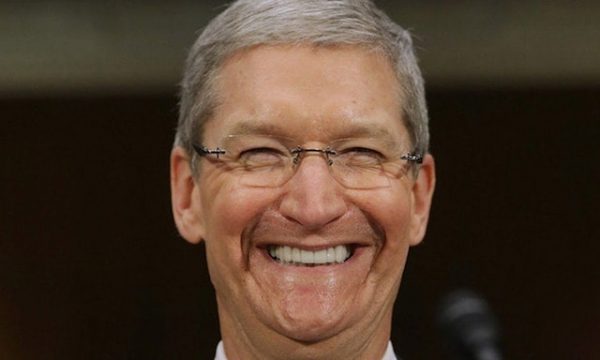 Since 2011, Tim cook required to pay annual bonuses in shares of Apple for his work as CEO. For it in 2018, he will receive 280,000 shares. But the reward can grow in two times, if the yield of Apple shares on the stock market over the last three years higher than two thirds of the companies included in the S&P 500 index.

According to Bloomberg, the total income of Apple’s shareholders amounted to 119% from August 25, 2015. This is more than return 80% of the companies in the S&P 500. Thus, if Apple will not face a major collapse in the stock market in the next two days, cook will get all of 560 000 shares.

Tim cook will receive an additional 560 000 shares each year for three years, if he continues to hold a post of the General Director of Apple, and the yield of shares of the company will exceed two-thirds of the S&P 500. He will also receive 700,000 shares in the form of a bonus 24 Aug 2021.

The as Tim cook is estimated at $ 700 million. According to cook, most of his savings he wants to spend on charity. He recently donated $ 5 million to an unknown charity.