Tim cook, the highest — paid CEO, not including Mark Zuckerberg

The analytical company Equilar has estimated revenues of Tim cook and compared it with the other leaders of technology companies. As the Apple CEO has exceeded 700 million U.S. dollars. 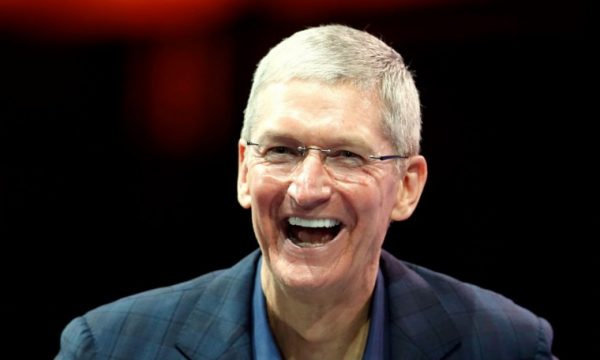 Most of the income is Tim cook of Apple stock. In total on them, he earned $ 650 million. After adding salary and other payments, this figure has increased to 701 million dollars. It gained so much of Tim cook after becoming CEO of Apple in 2011. However, he remains more than 800 thousand shares of Apple, which cost $ 195 million.

According to the calculations of Equilar, Tim cook takes the second place in the ranking of best paid CEOs. It is second only to Mark Zuckerberg, whose fortune is estimated at $ 70 billion. The income of the founder of Facebook mainly consist of stocks. The official salary of Zuckerberg as CEO of Facebook is one dollar.

Behind Tim cook is the head of Snapchat. He recently got 638 million dollars for the placement of the company’s shares on the stock exchange. The CEO of Google, Sundar Pichai in 2015 earned more than 404 million dollars.

At the end of August 2018 Tim cook received a 560 000 shares of Apple. Half of them were issued for the good financial performance of the company. After a few days cook has sold half of these shares in the amount of 57.8 million dollars. Previously, Apple CEO has stated that he plans to spend much of his fortune to charity.