Time-killer for iOS can be perfect Few people do not remember the game with the unusual name Yield — in 2010, when she published her first version, she claimed the title of the best time-killer in history, the only one of her YouTube video has collected almost half a million views. To manage a huge traffic, to maintain order on the roads — what more could you want? Probably to become one of the participants in this movement.

It allows you to make a new game for iOS Yield. Like same name, same story, but at the same time, everything is new here. The players have to drive the car and try to collect maximum number of coins. And, of course, not to get into an accident!

The control is performed using the swipe left and right that allow you to turn in the appropriate direction. Gas is automatic, but the brake pedal need to be skillfully dispose of. Often only it saves us from the seemingly inevitable collision with a train or an official motorcade. 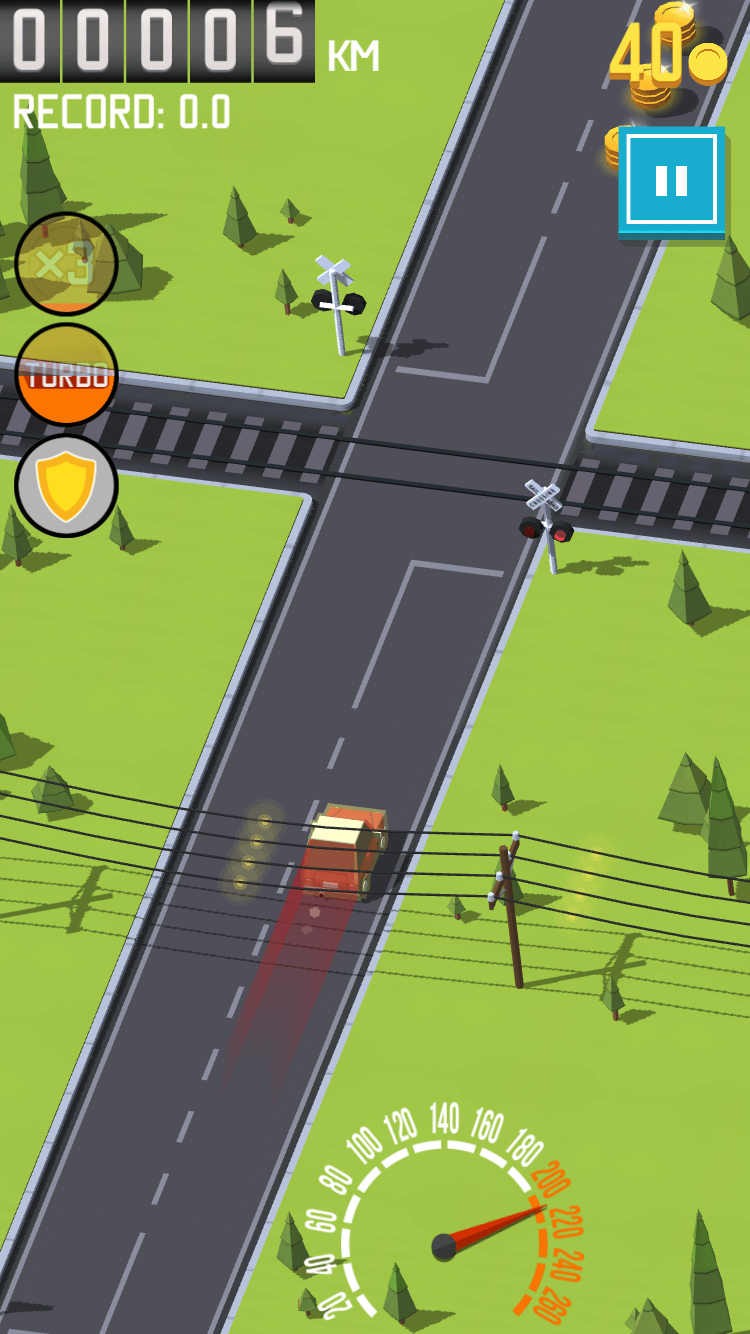 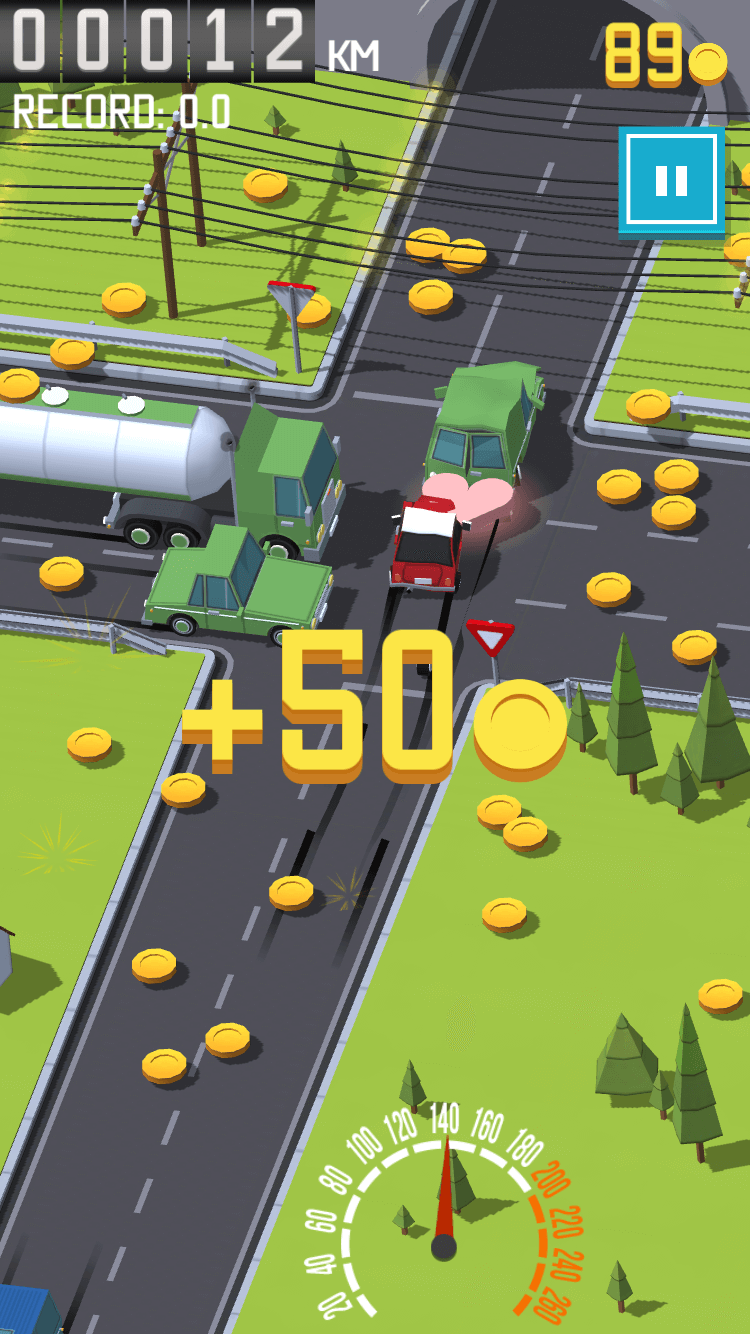 Everything seems to be just? And here and there. Even at first you have to work hard: road users, potholes, train, plane, which encloses the entire review, can cause emergency. However, even if you have an accident, Yield it looks very colorful at the expense of realistic physics. 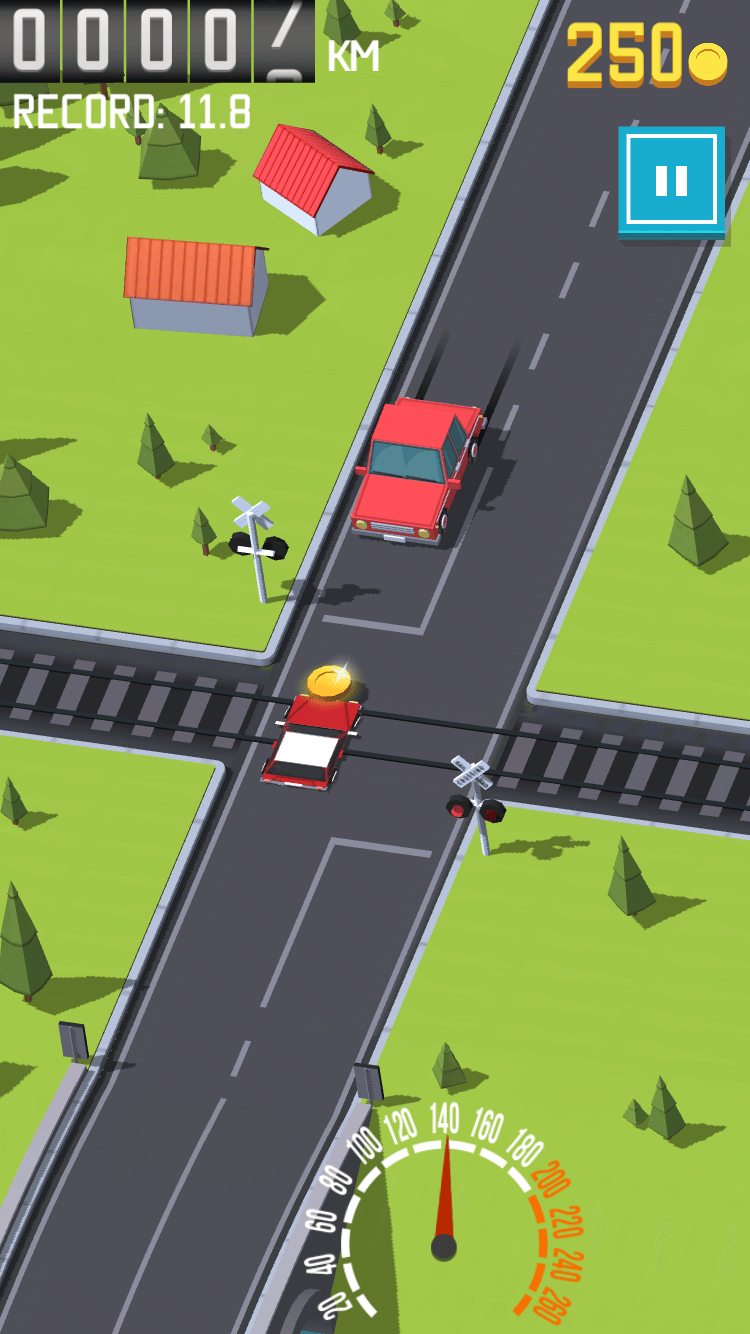 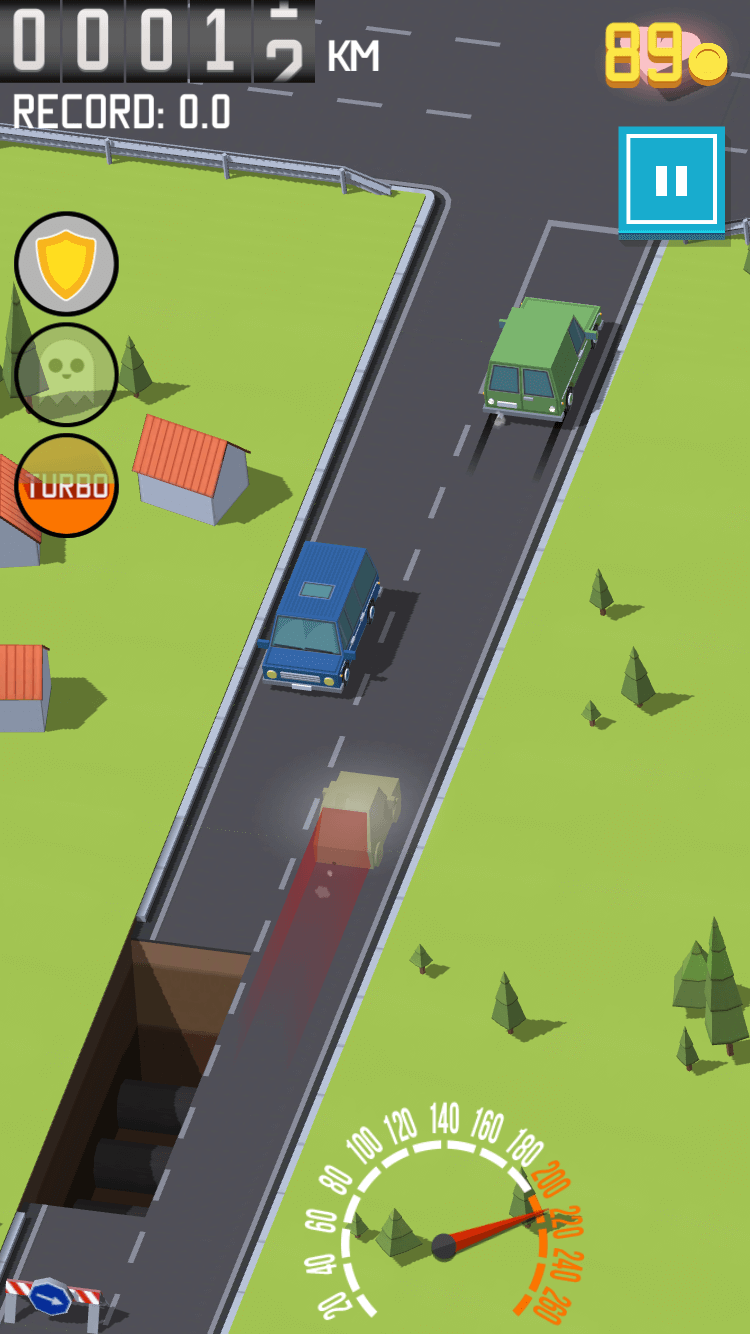 Signs on the pavement to help collect different bonuses, for example, increase speed for Turbo or stealth mode, which you can safely cross the track, even if there are train rides. It is important to remember that the duration of all of the bonuses are limited.

Race is not repeated, each one is unique, so remember which turn you receive the truck, will not work. Earned coins necessary for purchase of new vehicles. If you want to change the van, the milkman, or… a flying saucer? 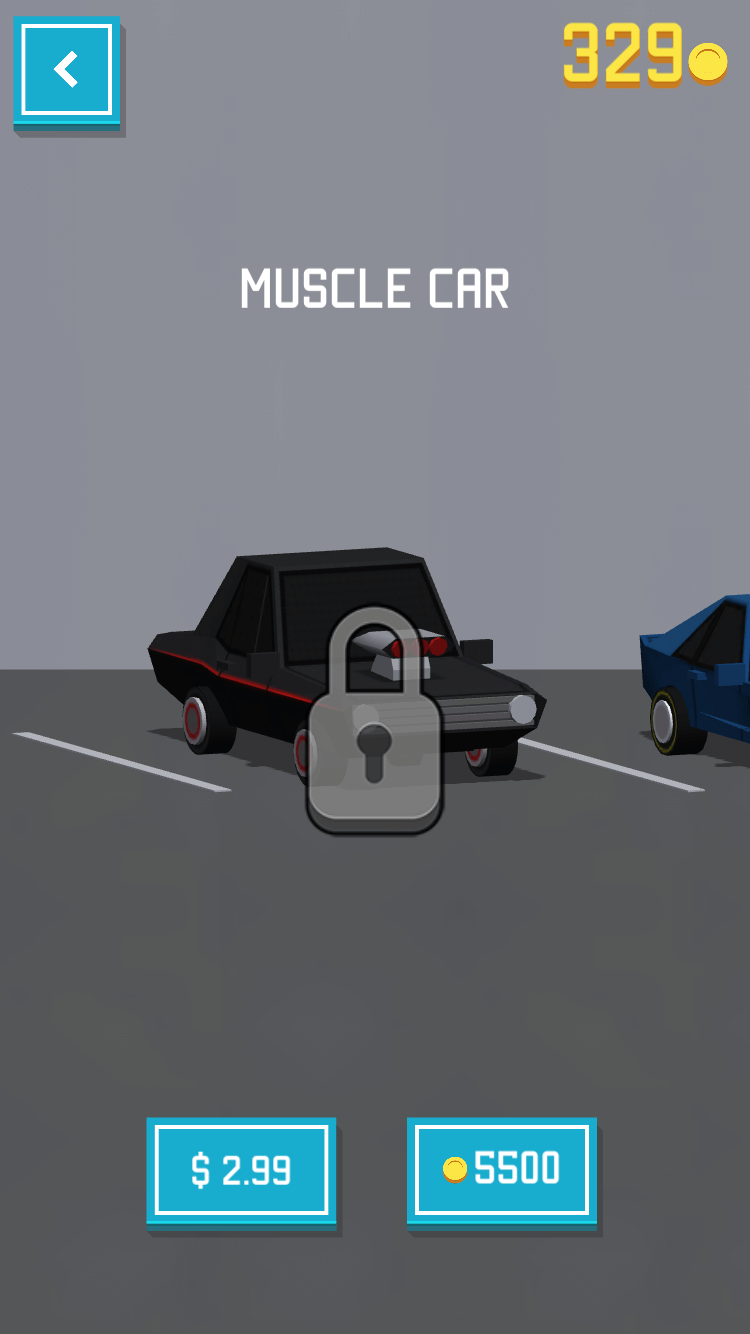 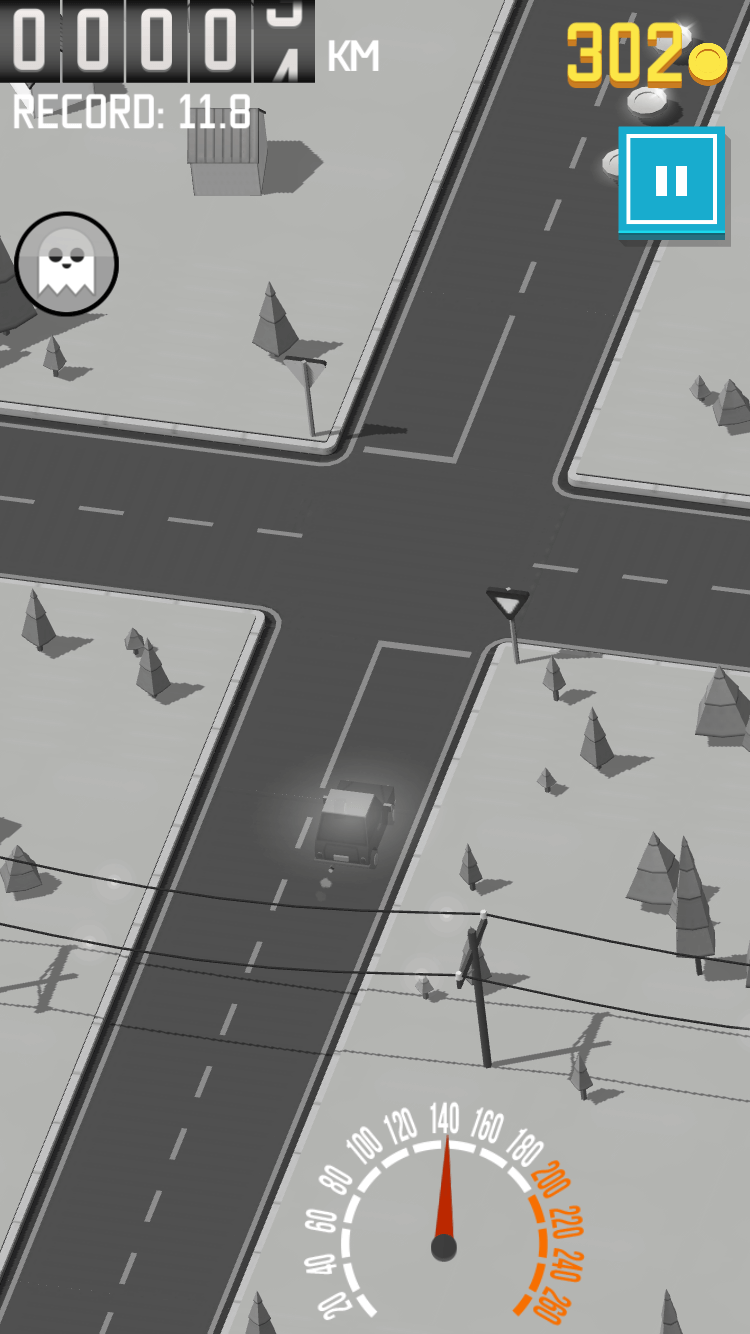 The game is actually gorgeous. Yes, it’s a time-killer, but it is made with taste and interesting. That is, it does not want to throw after five minutes of play. So he focused, developed a quick response — and go to the App Store. Yield is available for free.

UPDATE: by the Way, while the article waiting for publication, the developer released a special “winter” version of Yeld! Another reason to load the game.