To develop apps for iOS turned out to be more profitable 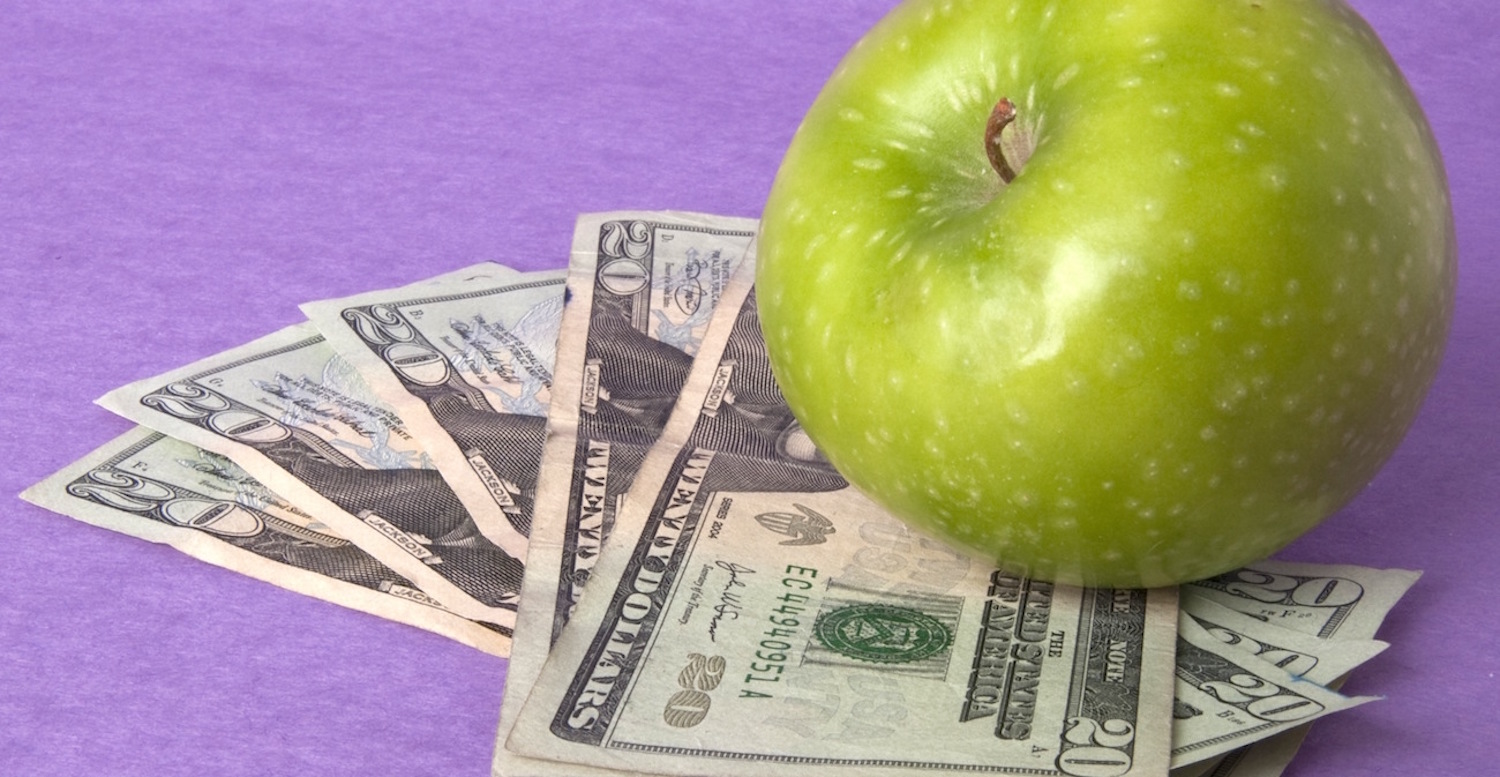 When it comes to mobile app development, before developers there is a serious question: which shop to choose to promote their game or software? What better way to spread the app in the App Store or Google Play? The benefit services statistics, which are constantly sharing interesting information, capable of answering all of this.

Analyst firm App Annie estimated the number of total downloads of apps from the App Store and Google Play in the first quarter of 2016, and also gave some facts about the income received in both stores during the aforementioned period. The results may greatly surprise you.

Google Play two times bypasses App Store in number of downloaded apps — according to experts, this is largely due to the high share of Android in the global smartphone market and a large number of devices. That’s only when it comes to income, here the Apple’s app store leaves its rival far behind: the developers in the App Store nearly two times more income than the creators of the software for Google Play. 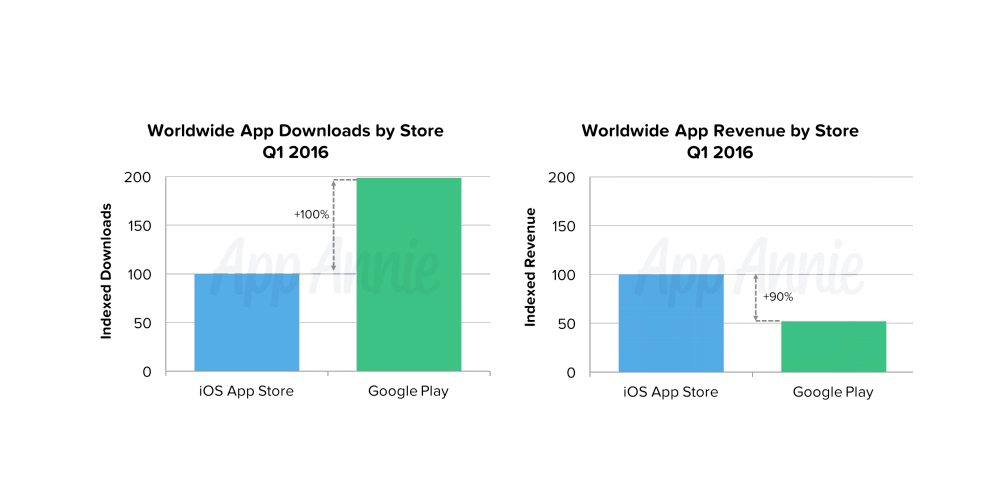 App Annie data cover not only the U.S. and nearby countries, but the rest of the world, so make the appropriate conclusions. If you want to gain audience to Google Play, earn — in App Store.

However, the user base in the Google app store also remains in question, because in Google Play it is very difficult to make your app noticed. The reason is the variety of games and programs and the lack of proper moderation applications prior to entering the store.