Top 7 apps for your new iPhone 7

New flagship smartphone the iPhone 7 and iPhone 7 Plus after the start of sales flew like hot cakes. In Russia as in the world, gadgets are also sold out in a matter of hours. And in Moscow’s Gum even before the opening of the salon Re:Store has gathered an impressive line. 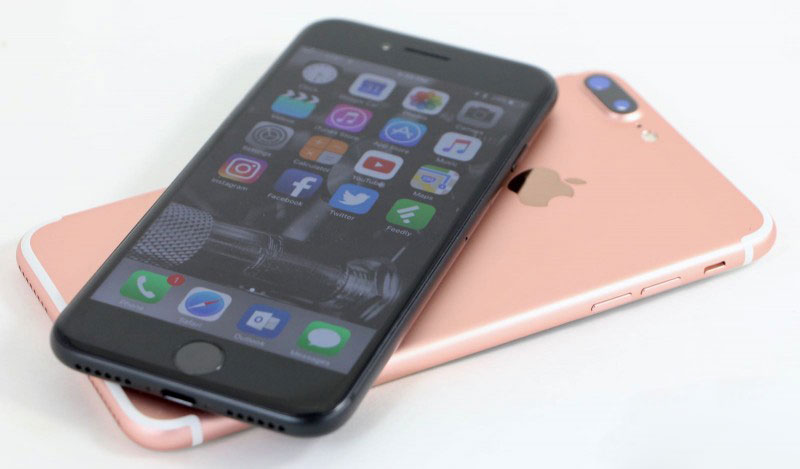 In Russia, the sale started on September 23 sites mobile retailers and mobile operators, and in the blink of an eye the iPhone 7 sold. For the first three days of sales of new smartphone models from Apple, Russians spent on new more than 2 billion rubles Since the beginning of the crisis, such sales of Apple technology in Russia recorded for the first time.

If you are among owners of “Apple seven”, we offer a selection of applications from Vestifinance demonstrating in practice the possibility of new products from Apple.

The 3D Touch feature in the new smartphone will recognize force pressing the screen, allowing you to quickly perform all the necessary actions. A new Taptic Engine that allows you to get tactile feedback in real time. In the new iOS 3D Touch can be used in much more cases than ever. App NOISE is simulated haptic touch musical instruments like the Haken Continuum. 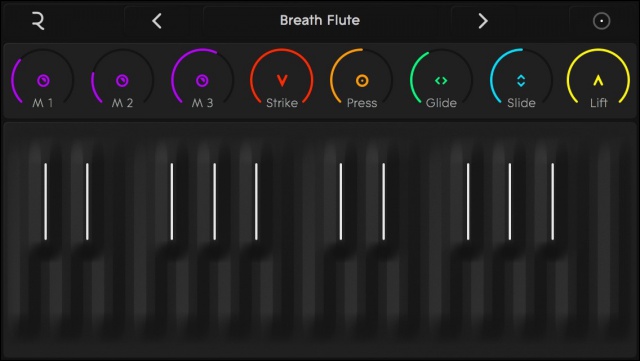 The quality of the sound to the proper degree will help you to evaluate the stereo system. Recall, the iPhone 7 was the first smartphone Apple, where there is no audio Jack for headphones. Now the headphones connect via the Lightning port.

By the way, the developer has a MIDI keyboard with chiclet keys with five different types of control over what happens with sound. However, the price tag on such a device is very big — about 75 thousand.

The app gives all the same features, and the function of tactile feedback will make the process of playing a musical instrument more close to reality. For example, the user will feel the irregularities of the keys pressing on the screen of your phone or sliding your finger in exactly the same way as if he was playing the piano.

FiLMiC Pro app for shooting mobile video in high quality. With the help of FiLMiC Pro for the film, Sean Baker’s “Tangerine”, which was nominated for the best picture award Film Independent Awards. FiLMiC Pro takes full advantage of dual camera iPhone 7 Plus. The application has smooth zoom, speed that you can set the ability to shoot with the front camera and camera with wide angle and telephoto lens that can be adjusted manually. 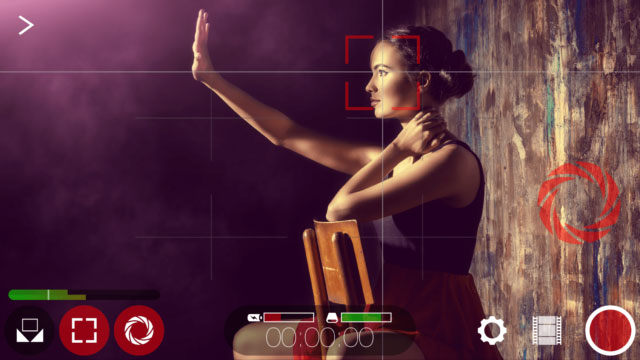 An updated version of FiLMiC Pro will be able to analyze the image in real time, helping to restore the sharpness and immediately redistributing color. Thanks to the wide colour FiLMiC Pro turns your iPhone into a powerful 7 pocket camera.

Adobe Lightroom Mobile is for free

Another application that demonstrates the advantages of the new camera — Adobe Lightroom. Mobile app Lightroom with support for technologies Adobe Photoshop allows you to process images at a professional level right on your phone and share snapshots with other users. Supports import, edit and sync photos in JPEG and RAW. The camera inside the app now supports the DNG format! DNG is an open format for RAW images developed by Adobe. Provides the highest quality photos, and advanced editing. 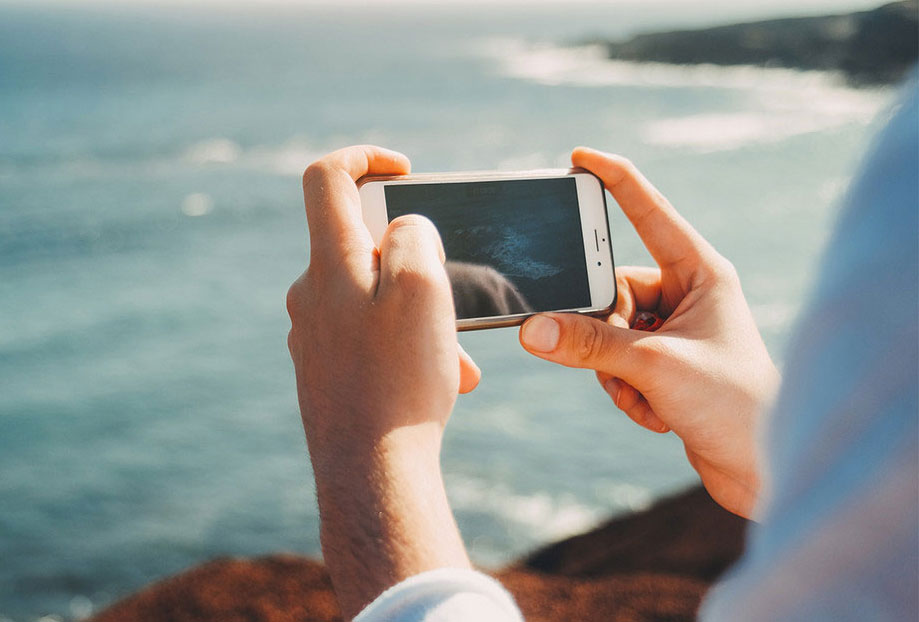 During the presentation of the iPhone copertina often show some sort of mobile game that demonstrates the power of the new processor. Previously, Apple partnered with Epic Games exclusively for iOS made Infinity Blade series, but the trilogy is over.

This year for the iPhone 7 and iPhone 7 Plus demonstrated Oz: Broken Kingdom — turn-based role playing game with your favorite heroes of Oz: the tin man, Lion, Scarecrow and the new character Ofelia. The game is free and contain in-app purchases.

The game demonstrates all the advantages of the iPhone 7: a new powerful processor a10 easily cope with the processing of textures and shaders. Retina HD display with wide color provides lush graphics and visual effects, and actuator called the Taptic Engine, and new stereo speakers create the effect of full immersion.

Racing simulator CSR Racing 2 gamers will enjoy spectacular visual effects and close-to-reality sensations with multiplayer in real-time. In the game you can build your car to improve its technical characteristics, to customize every detail of appearance and ride with friends or random players from around the world. The car have to look like in real life, for example before a race you need to check the tire pressure.

The main feature of the game was well detailed 3D graphics. Many experts consider the game one of the best examples of quality mobile graphics. Of course, for the best quality need a productive mobile and Phone 7 just this match. From the available in game vehicles to choose well-known supercars from Ferrari, McLaren, Bugatti, Lamborghini, Pagani, and Koenigsegg.

The company Square Enix has done a good tradition to release mobile versions of their top games. While some revised gameplay, based on the step-by-step puzzle. Deus Ex also GO is a turn-based puzzle game set in the universe of Deus Ex. 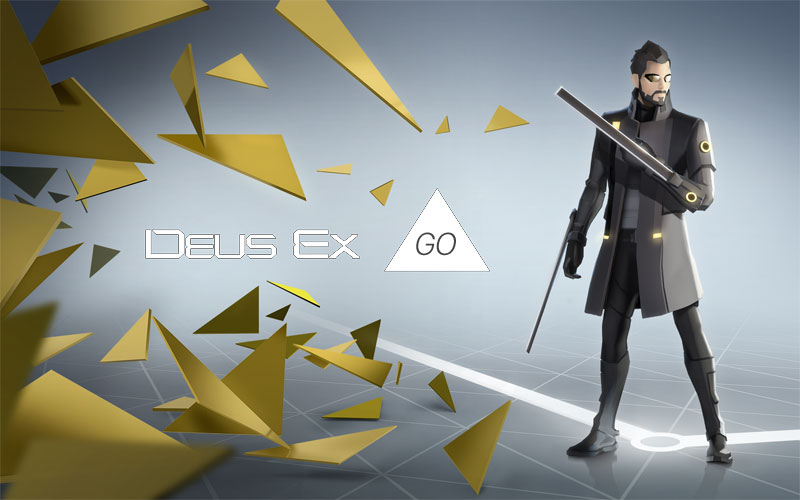 Players in the role of agent Adam Jensen — the protagonist of Deus Ex: Human Revolution, and leaving this year Mankind Divided. Users will have to use the hacking and combat skills, as well as mechanical modifications to solve the proposed riddles. Gamers will have to get on protected objects, to hack, to battle and to apply the augmentation to the end, to prevent the attack. All in the game features over 50 story quests and the promised updates with new jigsaw every week.

iPhone 7 is protected from moisture, and that means that you can now lie down in the tub and enjoy the… Lectures, of course! The TED app contains more than 2,000 performances from TED conferences on various topics and of different nature: from technology and science to amazing facts about inner psychology. 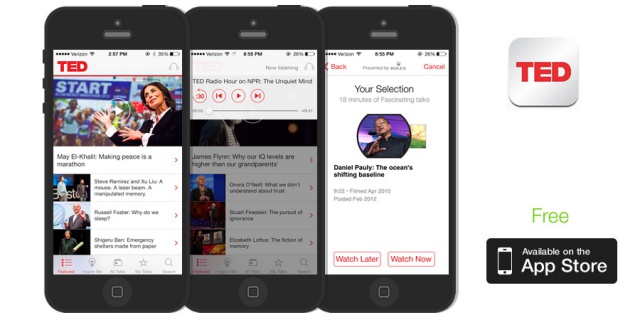