A series of benchmarks from Geekbench allowed to evaluate the performance of top-end Snapdragon processor 835, on the basis of which will operate the flagship Android smartphones in 2017. Data from the popular test package to demonstrate the processing power of the platform in a single-threaded and multithreaded modes.

Geekbench identified device based on the Snapdragon 835 “Essential FIH-PM1”. It is equipped with 4 GB of RAM and running Android Nougat 7.0. In the result table does not specify the name of the Snapdragon chip 835, but it is unique identification code for a – ARM 81.

The performance of the smartphone based on Snapdragon 835: 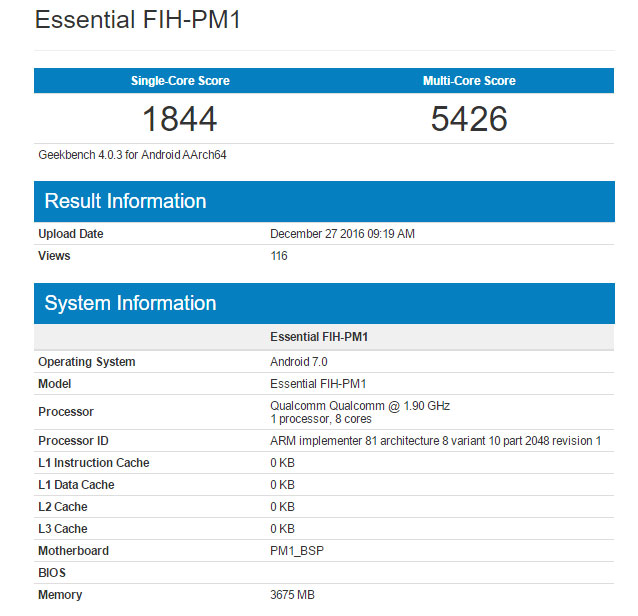 the iPhone 7 is built on the basis of 4-nuclear processor Apple a10 Fusion, in which two energy-efficient cores operate at a clock frequency of 1.05 GHz, and the high-performance two – 2.34 GHz. Judging by the Geekbench tests, “seven” 40% more powerful than its predecessor, the iPhone 6s in a single-core and multi-core tests.