Any action with smartphone, distractions of the driver while driving, including electronic games, are categorically unacceptable; for offenders, the law provides for appropriate administrative penalty. This was reported in the state traffic Inspectorate of the Russian Federation. 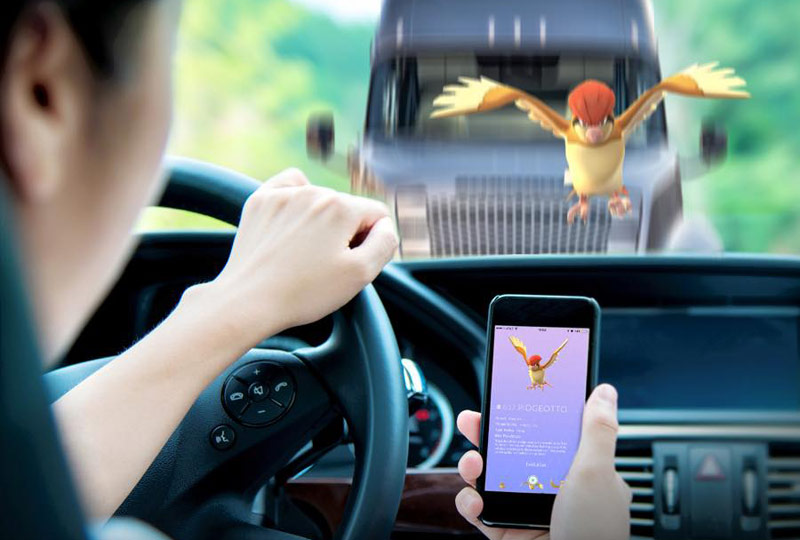 Earlier media reports in Vladivostok has published a video in which a taxi driver was interested in new games directly while driving in the city. Man caught pokemon at the wheel, filmed by a passenger and posted videos online.

“Distraction from driving a vehicle for even a second can lead to loss of control over the situation, and to the accident with the most serious consequences. The driver can not forget that he is responsible for the safety of passengers and other road users who may be affected by his actions”, — told RIA Novosti the representative office.

He recalled that the use by a driver while driving the vehicle the phone without special devices such as hands free is an offence in accordance with article 12.36.1 administrative code punishable by a fine of 1500 rubles.

“I appeal to all road users, primarily to drivers with the request to take seriously the observance of safety measures while driving. To passengers if they saw the driver talking on the phone, she can text or playing on the go, you need to immediately make a remark. If that does not work, you should report such facts to the police, and if it happens in public transport and transport company”, — said the representative of traffic police.

In the USA the case when the driver of the Toyota RAV4, played in Pokemon Go, at full speed crashed into a parked police car. The driver explained the clash that became interested in hunting pokemon.