The Finnish company Robotic Turing Industries, announced the “megamarathon” Turing Phone Cadenza, which boasts two top-end Snapdragon processors and 12 GB of RAM. The official launch of the device is scheduled for 2017. 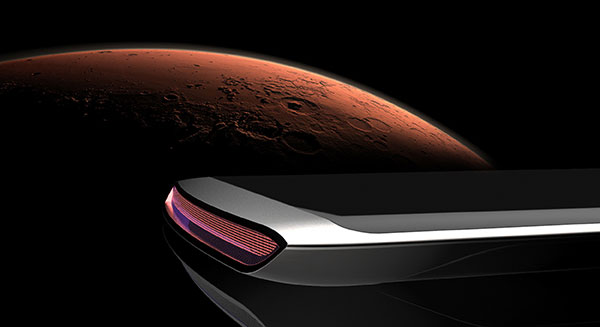 Robotic Turing industries will be equipped with not one, but two chips of the latest generation Snapdragon processor 830. This is due to the need to increase the amount of RAM up to a record high of 12 GB. According to the manufacturer, the device is equipped with two 6-Gigabyte module of RAM.

The smartphone will have a 5.8-inch display with a resolution of 1440 x 2560 pixels. Main camera resolution that will include four of the image sensor is 60 megapixels. It can shoot video in iMAX resolution 6K. Dual front-facing module will have a total resolution of 20 MP. The device will support the network standard IEEE 802.11 ad (WiGig).

The capacity of the internal storage of the smartphone will amount to 1 TB. If this amount is not enough, users can install two memory cards of the format microSD up to 256 GB each. 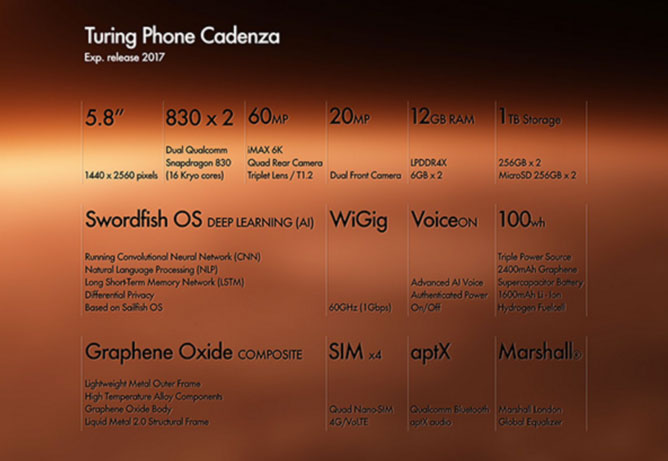 Turing Phone Cadenza will be provided four slots for cards nanoSIM. The manufacturer declares that the three batteries, including graphene capacity of 2400 mAh, Li-ion 1600 mAh battery, and a power source with hydrogen fuel cells. The total capacity will be 100 WH.

The cost of a monster Robotic Turing industries has not been disclosed.