Two weeks after the release of iOS 11 is mounted on a 38.5% devices

According to Analytics company Mixpanel, two weeks after the release of the final version of iOS 11, the system is set at 38.5% of devices. 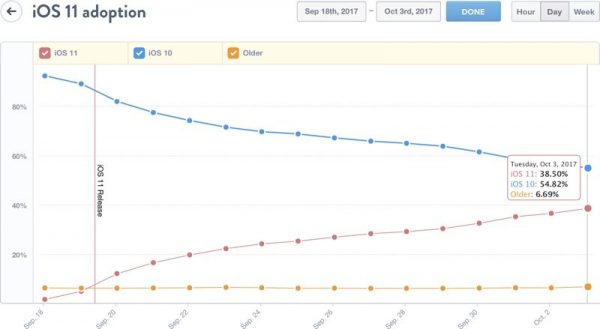 Probably, users are reluctant to upgrade due to the large number of problems and errors, among which fast battery consumption, poor rendering animation and unstable connection to Wi-Fi and Bluetooth. Some functions, for example, synchronization messages iMessage through iCloud and Apple Pay Cash was not added in the final version of iOS 11. The company postponed these changes until a later update.