Paradoxically, in the era of bright computer graphics world games gradually began to gain minimalism. If you are tired of the congested “grafona” or just want to try something new, TwoDots is what you need. 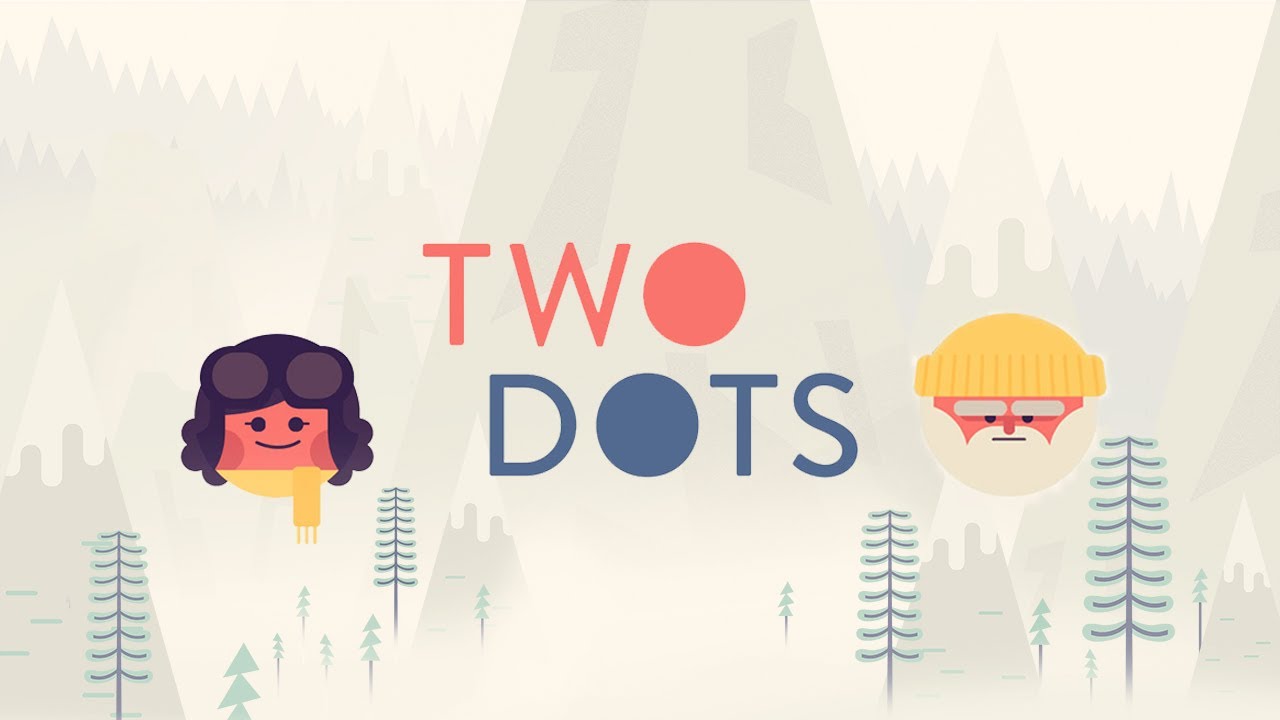 It all starts with a cute cartoon and a short training, where the player explain that the main goal is to connect dots of the same color. After that they disappear and in their place appear new. If the line close to the square will disappear, all points of the selected color. Also in the application there is a “combo”: to make a square so that the inside was another point, which later will turn into a bomb and will destroy everything around me within the same line. 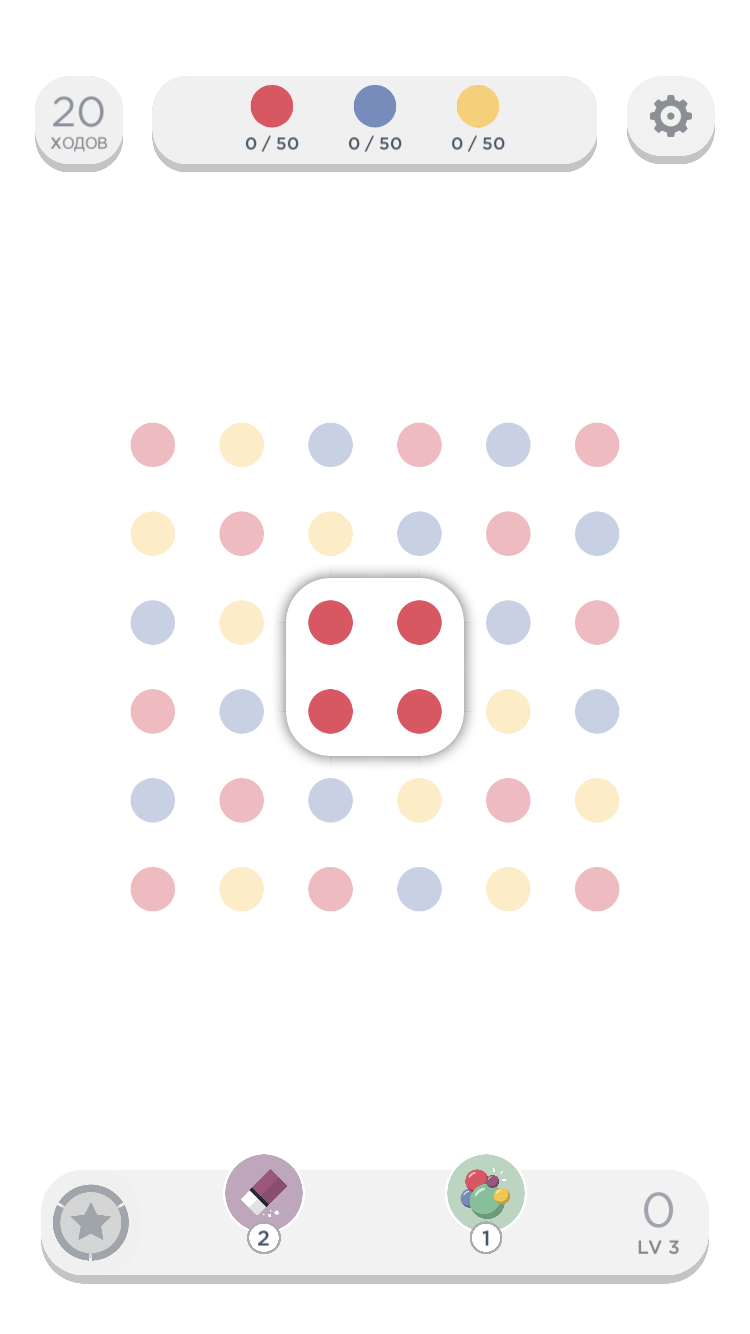 At first glance, the game seems very easy, but sometimes to pass the puzzle becomes quite problematic. In this case the developers will give players 5 lives, each of which recovers in 20 minutes. So if you had 5 unsuccessful attempts, you will either have to wait or buy lives via the Internet store, or watch a 30-second commercial. If to win you have nothing at all, the game will prompt you to purchase additional moves.

The number of points in the level is constantly changing. In addition, they are complicated “sockets”, “ice”, “anchors” and other obstacles, which are not easy to overcome. Before the advent of each new obstacles, TwoDots will conduct a short training course. 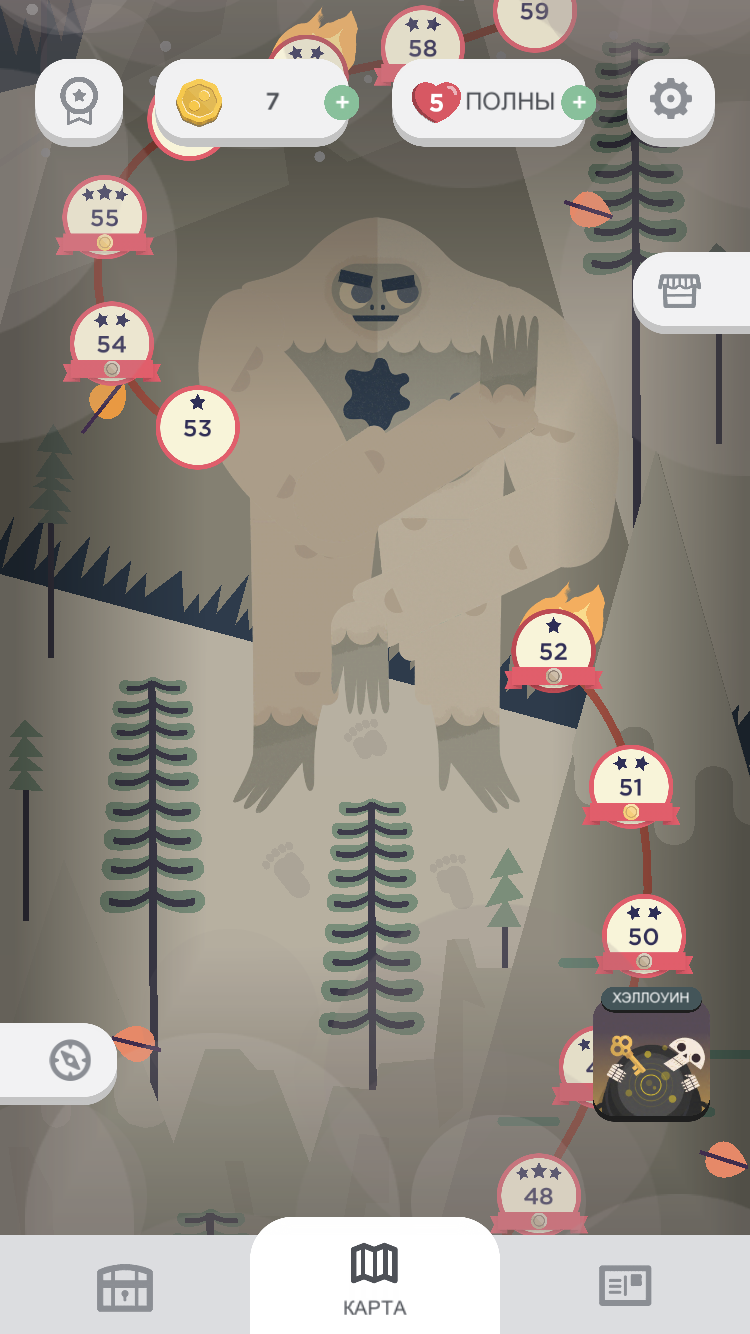 It is noteworthy that the levels become more complicated not in chronological order, but randomly. Recently, the programmers have added markers showing the most severe stages. The most difficult will be animated with flames. 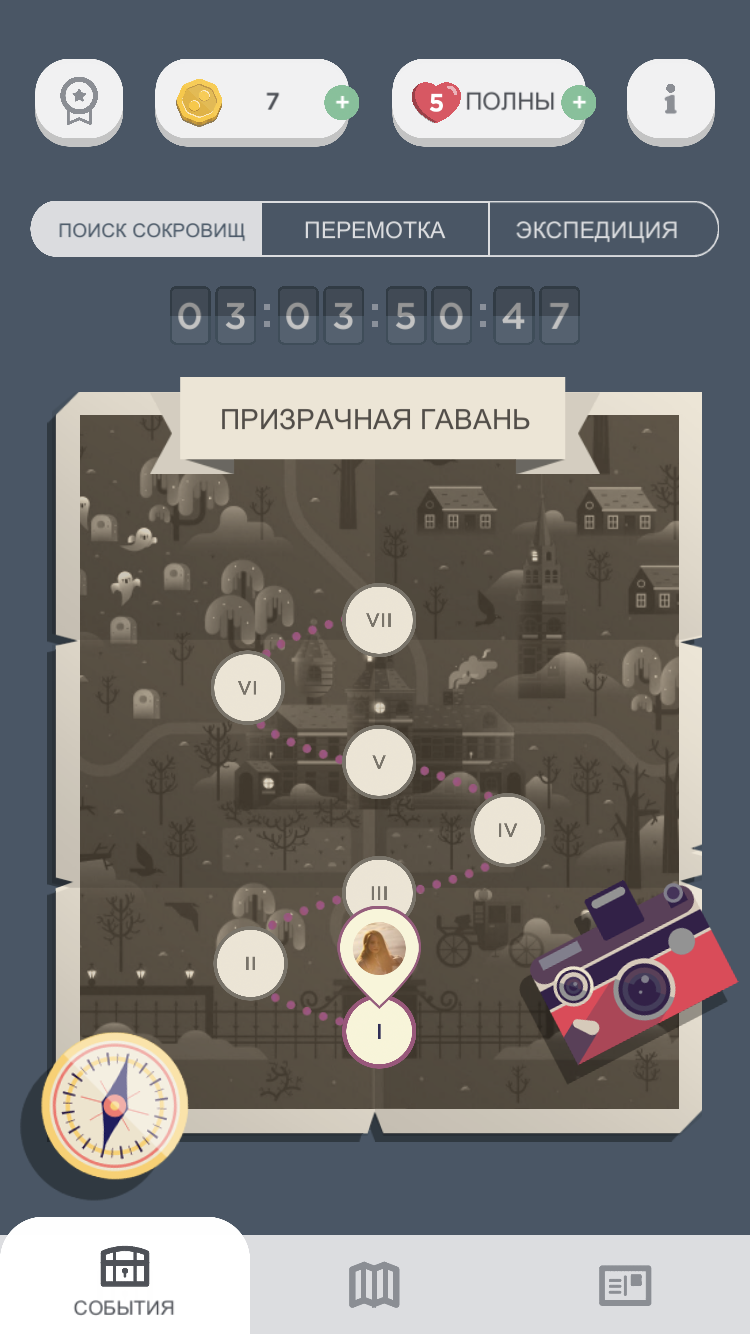 In addition to the main map, there are a few additional: “Expedition”, “Rewind” and “treasure hunt”. If you pass all the levels, you can get as a prize erasers (helps to remove spots), “bomb” and so on. This part of TwoDots is updated weekly, and the time for completion of the cards is limited. 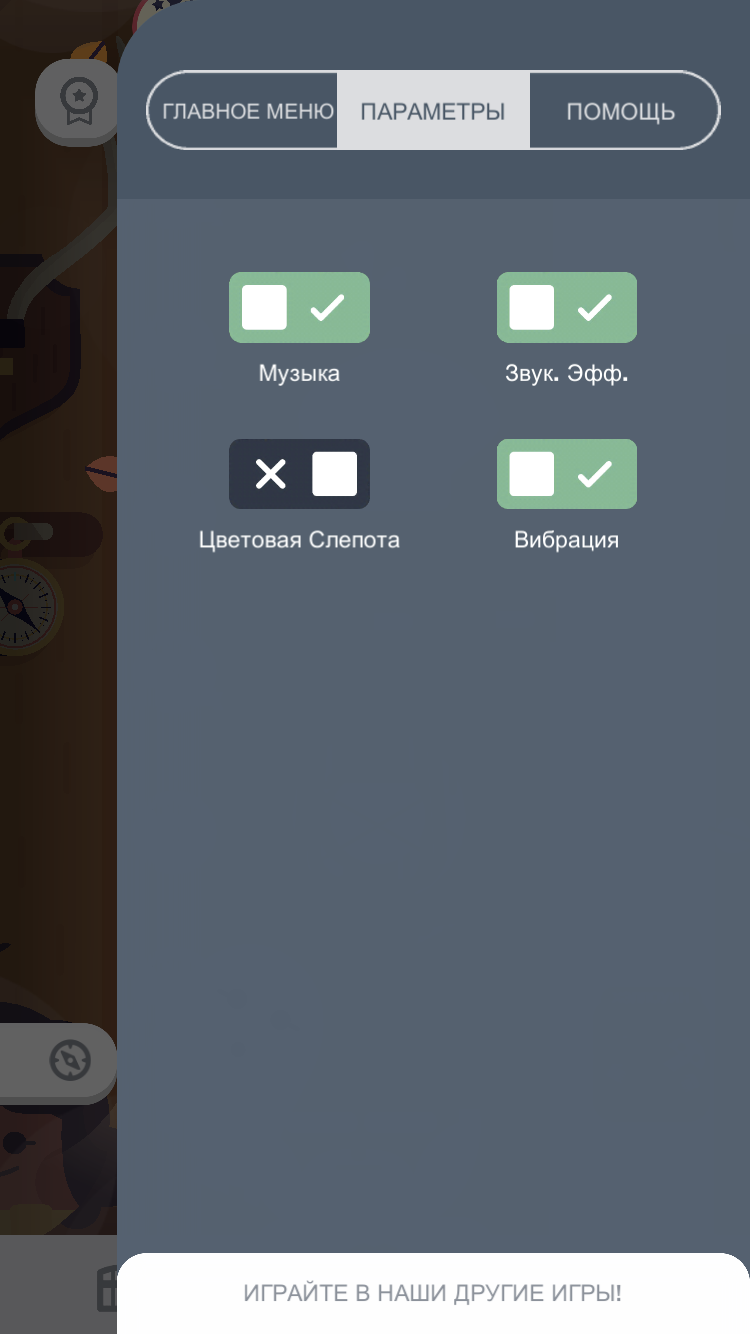 Settings are made very simple and minimalistic. You can adjust vibration, sound and music. She, by the way, do not want to disable. The soundtrack is so pleasant, that will help to relax even without the game. Also in TwoDots is the mode of color blindness, which highlights each individual color of the symbol. 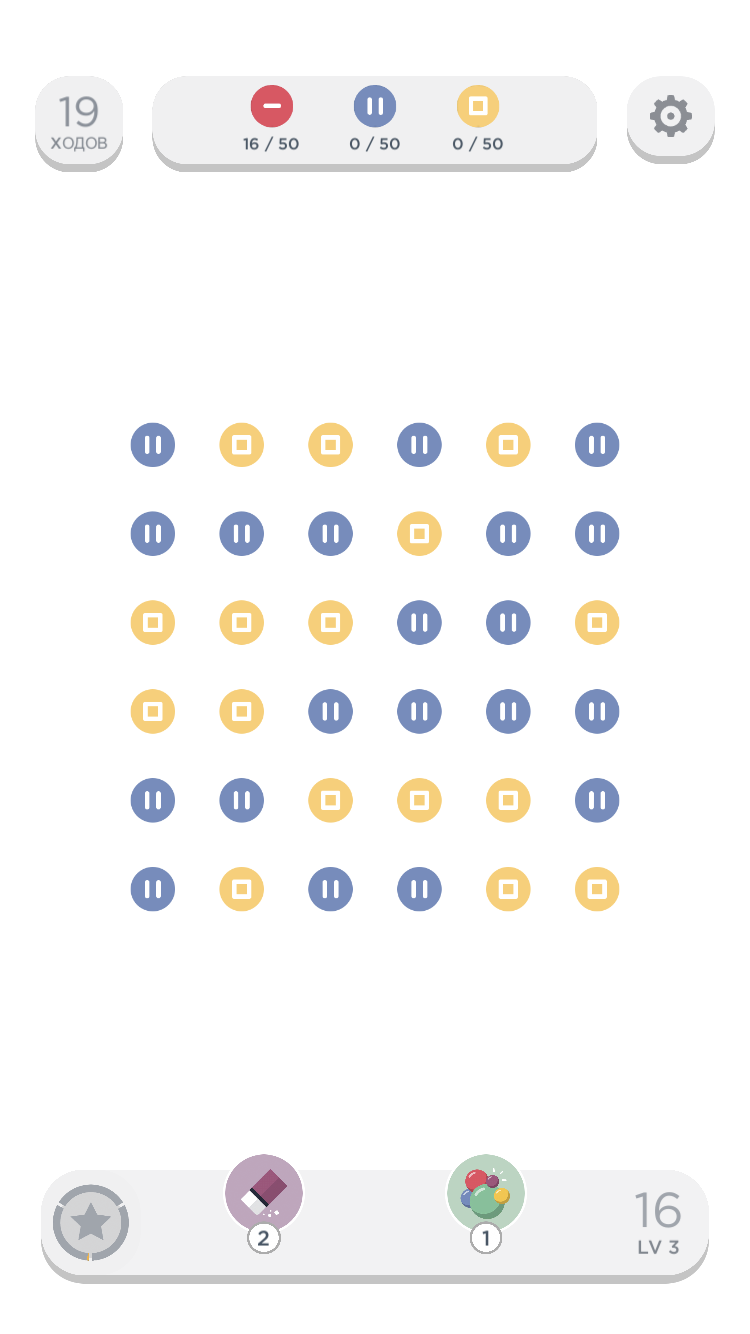 The app will be a great stress relief for those who sometimes want to be distracted by a pleasant soundtrack. A special plus of the game is that the developers have written an incredible number of levels, which will not allow the user to get bored.