Unboxing and review of the case battery Apple iPhone 7

At the end of last year, Apple released one of the most controversial accessories: carrying case Smart Battery Case for iPhone. As soon as it did not call on the Network! “Pregnant”, “hunchback” — and all because of the noticeable bulging battery on the back cover. Rare case when even positive towards Apple products users and journalists almost unanimously criticized for his accessory design. This year, Apple has released an updated version, designed for iPhone 7. 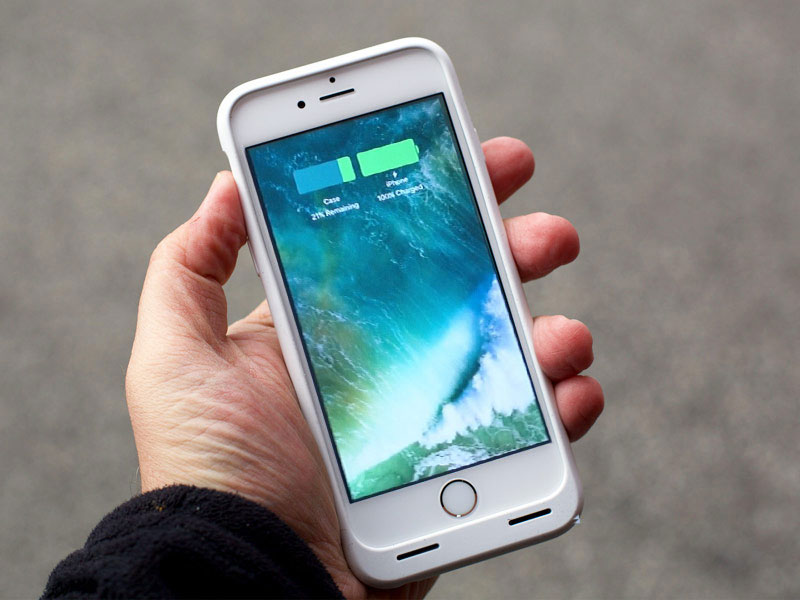 Changes in the Smart Battery Case for the new generation of smartphones a bit. Updated cover-battery lost the headphone Jack, got a light Apple logo and increased the capacity from 1877 to 2365 mAh, which allows you to talk on the phone up to 26 hours to surf the Internet via LTE for up to 22 hours, and even longer to listen to music and watch videos.

Design Smart Battery Case has obvious similarities with the usual silicone case Apple: here the same material (soft, very pleasant to the touch silicone, the same texture of the inner surface (microfiber), slot for eyelet of the camera has the same black plastic edging… Conspicuous differences are two: first, actually, bulging battery in the back, and second, elongated lower part, which contains the microphone, speaker and Lightning connector. In the inner zone, we see the Lightning plug oriented up — on him will be impaled smartphone. 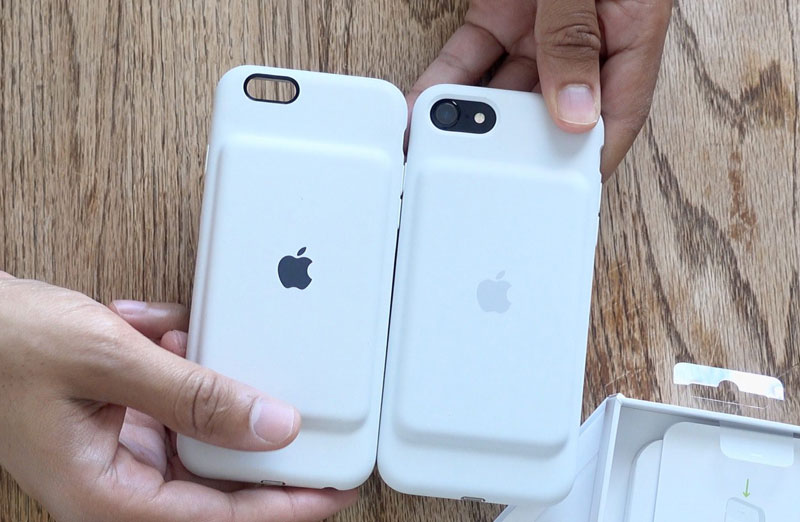 To wear accessory for the iPhone 7, it is necessary to slightly bend the upper part of the cover (it’s flexible), insert the smartphone and push it to the bottom, below the Lightning plug is pushed all the way, and all facets of the smartphone has been caught in cover. Description can create the impression that you have to invest some effort, but really – nothing complicated here, the whole operation is elementary.

Most importantly, unlike other cases with battery, you do not have to worry about recharging Smart Battery Case! As well as to carry any cables. Once put the cover on the mobile — and forgot about it. 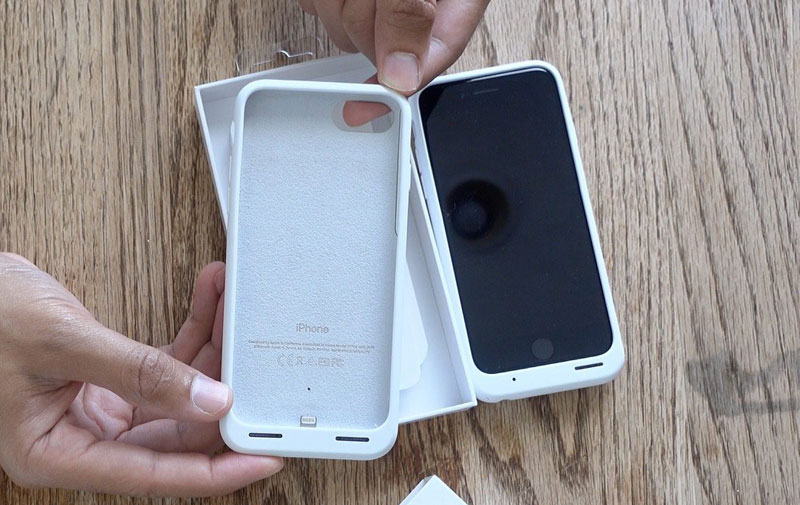 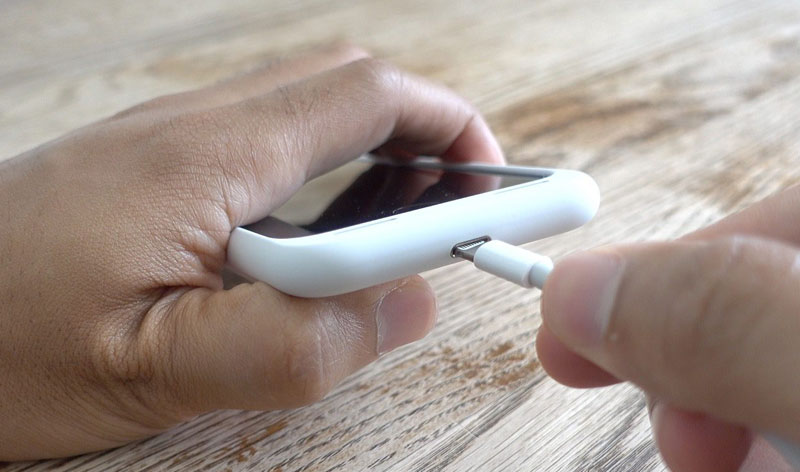 In other words, first he charged the iPhone to 100%, then the case to 100%. And the discharge process is reversed: first the case is fully discharged and then begins to discharge smartphone. Nominated in the top menu you can always check the remaining charge of the case and the smartphone. Both values are shown under the heading “batteries”. In addition, when you connect the charger on the lock screen displays the percentage of charge for each battery. 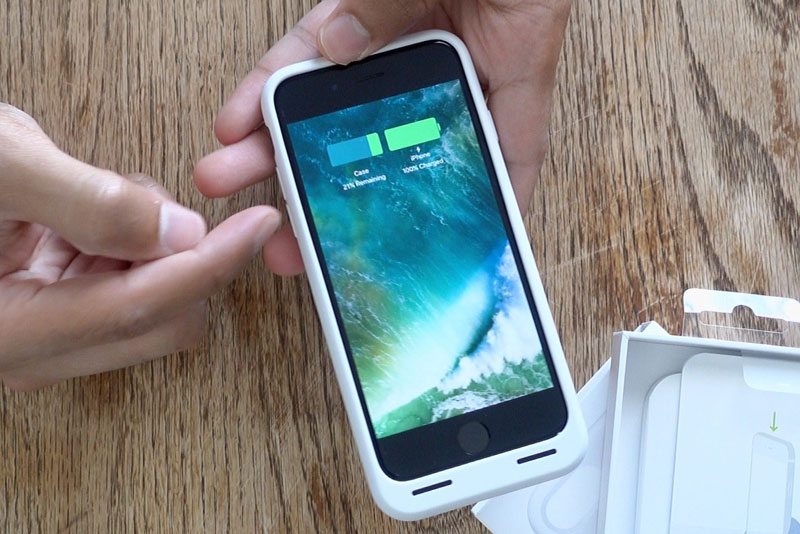 Hypothetically, no one is stopping you just at some point to remove the discharge cover and continue to use smartphone without it. But in practice it’s unnecessary movements. Much more convenient to use iPhone and Smart Battery Case as a single device. Similarly, as used before the iPhone. The only difference is that now it can be charged every night, and every two nights. And that is a significant relief.

Indeed, the trouble of fine miniature and iPhone 7 — in the relatively short battery life — a day with medium-level use. Smart Battery Case just puts the iPhone 7 to a new level, turning it into quite long-lived camera at the same time not adding to its owner headaches. Once the author of the article didn’t load the device for three days. However, it was a weekend, and yet for the iPhone 7 without the case such an option is impossible in principle (if only it did not touch). But two days a smartphone case live almost always. 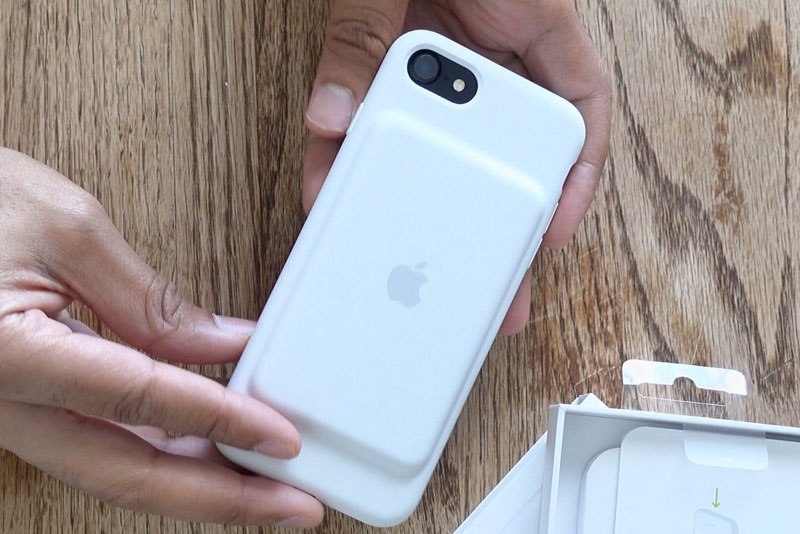 The only question is what price we get this autonomy. The price of deterioration of appearance? — no doubt. Price of increased weight and dimensions? — also Yes. There are non-obvious disadvantage: the 3.5 mm Jack of the iPhone 6s in the Smart Battery Case is not compatible with most third-party headphone manufacturers (branded EarPods, of course, fit fine).

As for the price in the truest sense of the word — it is traditional for Apple accessories big: 7690 rubles. But do not forget that according to their functional qualities, soundness and convenience of Smart Battery Case are really out of competition. 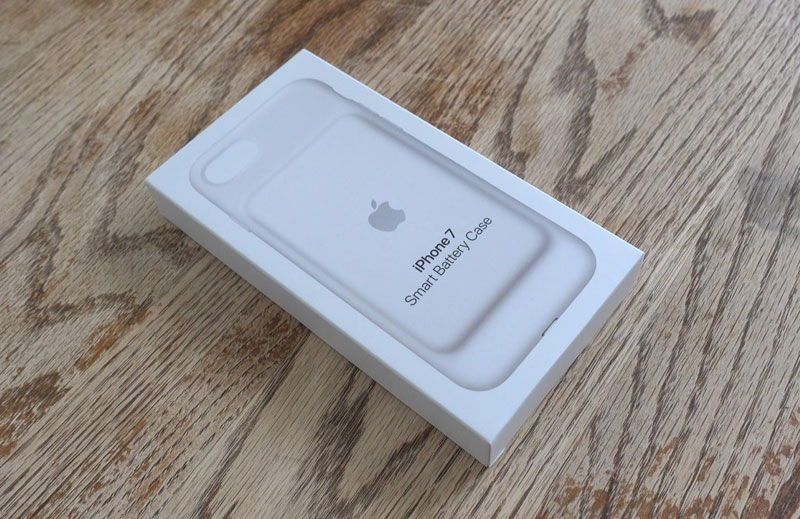 “So buy me a Smart Battery Case or not?” — the reader will ask. Buy if iPhone have no fashionable toy, but always a necessary working tool for which the battery life, the guarantee against unexpected discharge in the middle of the day and ease the realization of all this is much more important than the aesthetic and even financial considerations. Anyone with all of life flows in the smart phone, Apple Smart Battery required — this is the best solution to the problem with autonomy.