Unexpectedly: iPhone 7 Plus was more popular than the iPhone 7 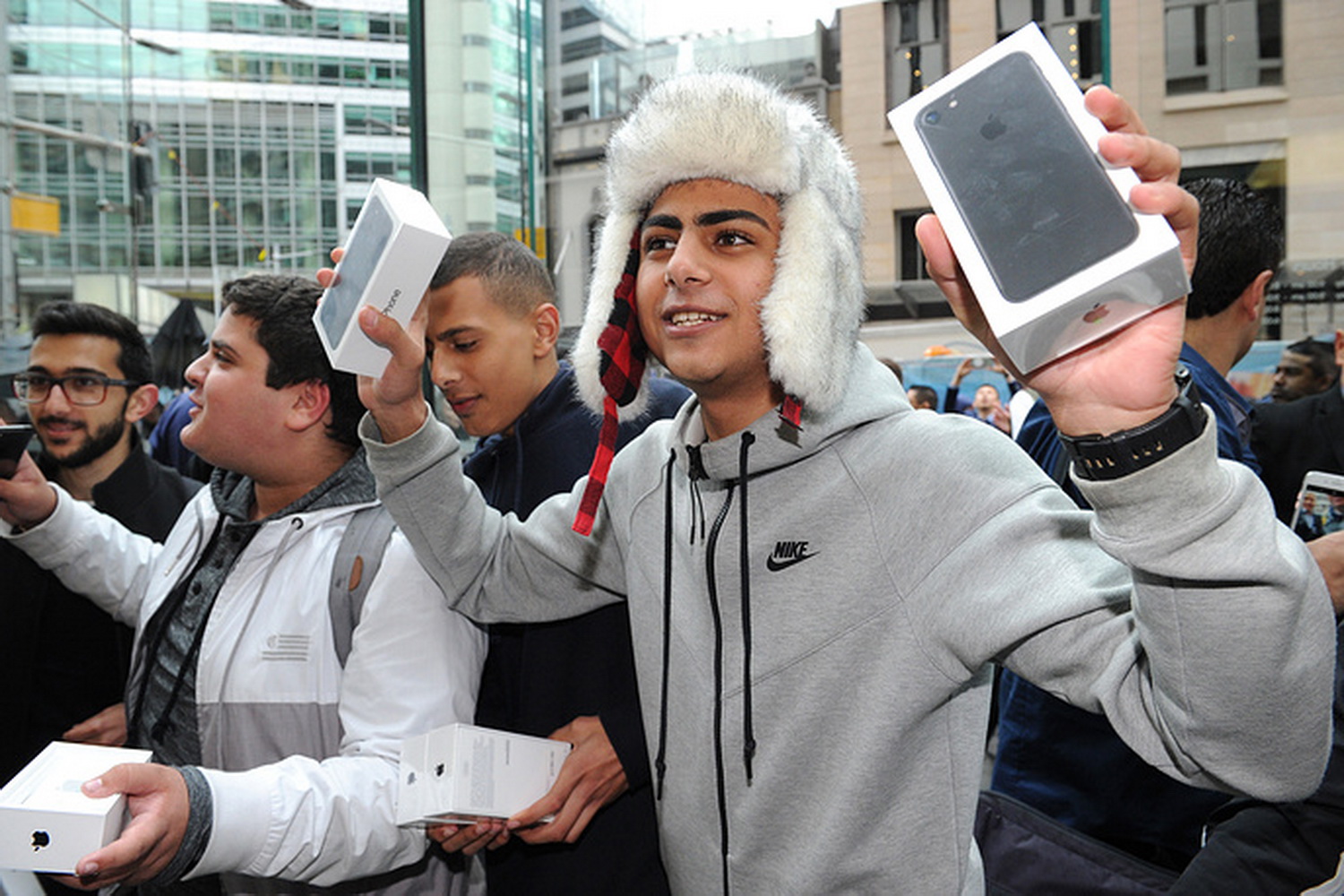 The release of the new iPhone 7 and iPhone 7 Plus was held a few hours ago, and some of the analytical Agency has managed to provide statistics of popularity of a particular model in the population. For example, according to Slice Intelligence, iPhone 7 Plus sell better than iPhone 7. At least in the United States. In General, this is the first case when the Plus model has caused more interest compared to the more traditional 4.7-inch version.

Slice Intelligence data based on information about 32 000 customers. According to statistics, in the first 48 hours of the start of sales, 55 percent of customers made an order of iPhone 7 Plus, which is 6 percent more compared to the previous year and iPhone 6s. This time the 5.5-inch model proved to be more attractive to a potential buyer, most likely, due to its dual cameras, as noted in the analytical Agency.

About 56 percent of buyers who purchased the iPhone 7 and iPhone 7 Plus changed their previous iPhone with the interval from 2014 to date. 34 percent of buyers did not change their devices more 2014. And the remaining respondents were “moved” to Apple from partners Samsung, LG and Motorola. 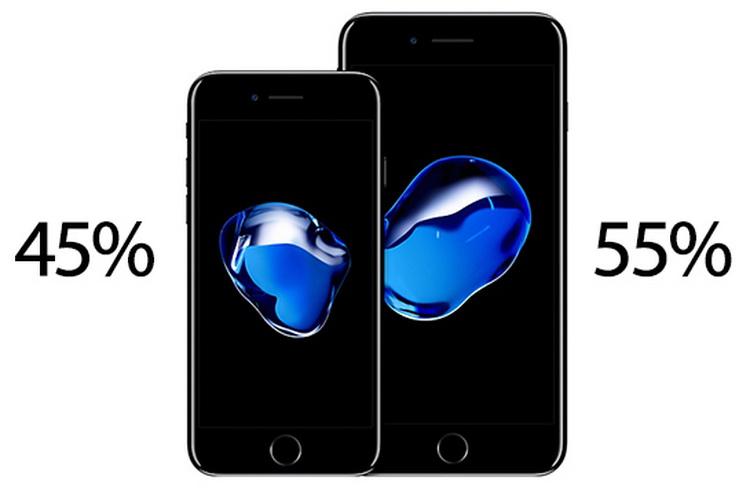 Given the absence in the color range of models version Space Gray, this year the most popular color was black. That is, if you believe the statistics, which says 46 percent chose exactly this color scheme. Version Jet Black (“black onyx”) were also popular among buyers. It was chosen by 23 percent of respondents. The limited first batch of devices in the color Jet Black and “transfer” of the basic production model of these color solutions in November have forced buyers to choose from more “traditional” palette, which are matte black, gold, rose gold and silver color. 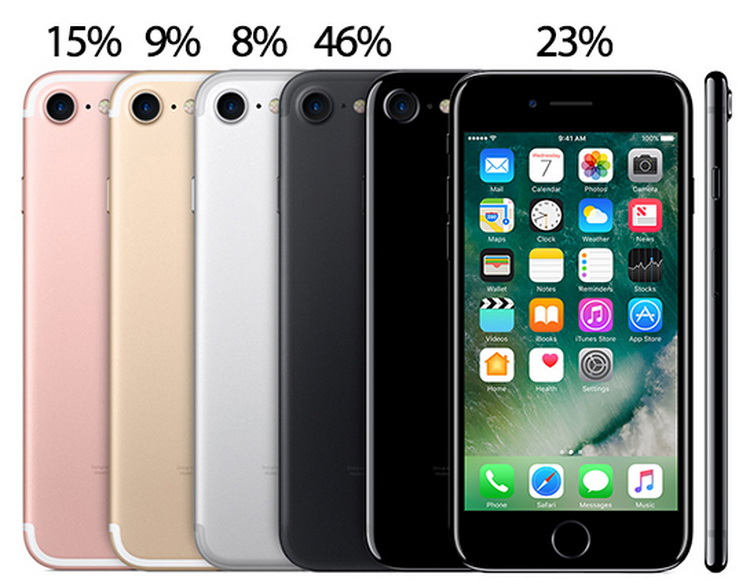 Color: rose gold, first introduced with the release of the iPhone 6s, interested in 15 per cent of buyers of new iPhone 7 and iPhone 7 Plus. The silver and gold models have chosen 8 and 9 percent of respondents respectively. 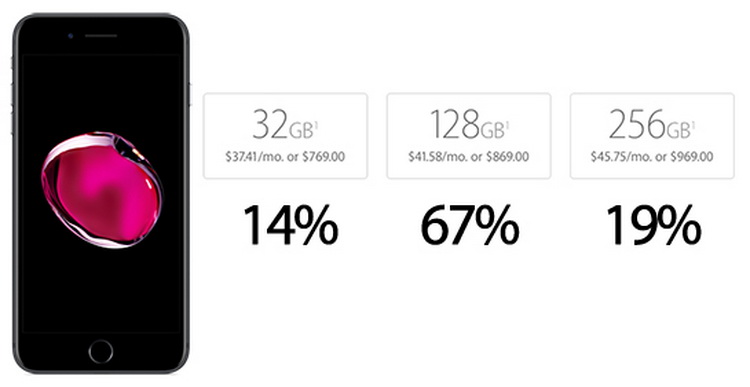 More than 60 percent of pre-orders for the last three model range iPhone was made on the model with a medium amount of memory. iPhone 7 and iPhone 7 Plus, according to statistics from Slice Intelligence, continued this trend. The most popular models (67 percent) became models with a RAM size of 128 GB. For the model with 256GB gave their money 19 percent of buyers, and the version of 32 GB chose 14 percent of buyers.