“VKontakte” has released the first app with legal music for your iPhone and iPad – Music Vkontakte”. The author of the program is LLC “United media Agency (United Music Agency, UMA), led by the former General Director of “Megalabs” Oleg Butenko, who since 2014 has been cleaning the rights to the music for Mail.ru Group. 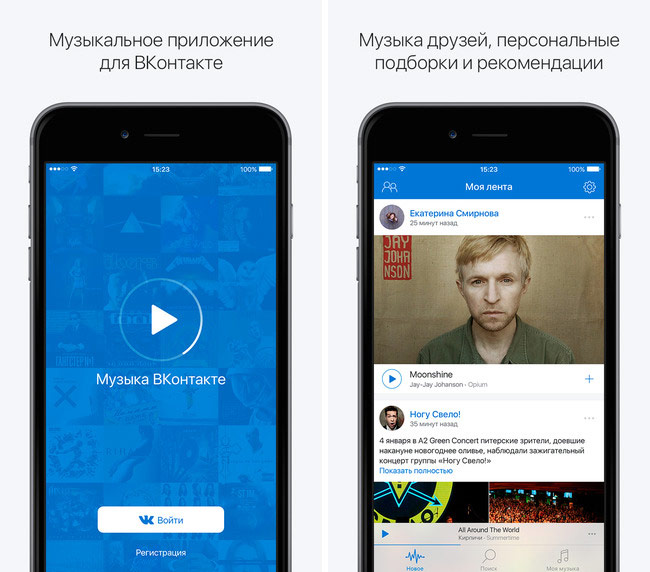 Log in to the application using the account “Vkontakte”. In the terms of service States that you can listen to music for free for 90 days. How much will the subscription service on expiry of this period, is not specified. Subscription streaming Music service Apple is now $ 169 per month for Google Play Music – 159 rubles per month. As told “Vedomosti” close to shareholders of the company employees, the subscription price will be significantly lower, as none of the existing services have failed to score in Russia a significant audience.

“The entire collection Vkontakte music is available for listening and downloading on the phone.
Novelties, personalized recommendations, recommendations, as well as music of your friends in one app,” reads the program description. The app gives access to music, the rights to which have already acquired the UMA.

At the moment, UMA entered into a license agreement with two Western majors Sony Music and Warner Music, a music distributor the Orchard, as well as the First Russian music publishing house (CSI), studios Soyuz and Nikitin. In the near future can be declared about the contract with Universal Music. However, in the application it is already possible to find music tracks rights belong to Universal Music, like Nirvana and Lady Gaga. Close to the owner of these rights of man says that Universal is aware of this problem and have already received a promise from UMA that the tracks will be removed from the application. 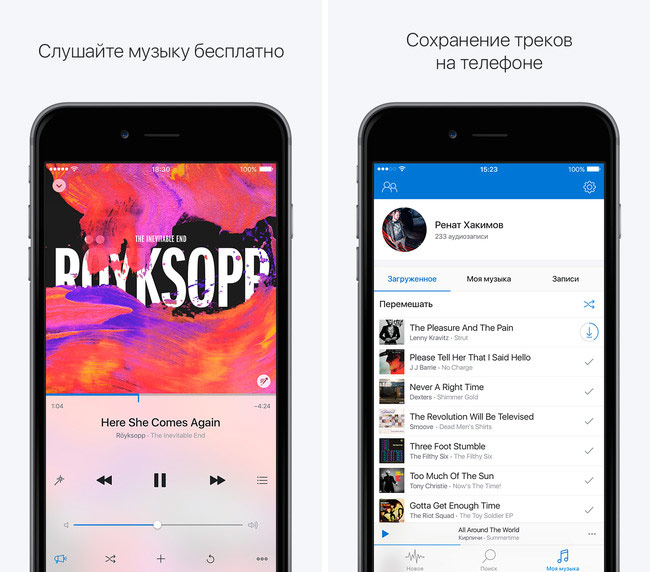 UMA is licensing music not only for “Vkontakte”, but also for “Classmates” and “My world”. However, in the App Store “Music.VKontakte” is the only app developed by UMA. In the Google Play apps from this company no. Despite the fact that pirated music can be found in all social networks Mail.ru Group, “Vkontakte” has long been on the copyright holders. For many years they accused her of violating copyright and sued in the Russian courts. “VKontakte” together with the torrent tracker Rutracker.org long appears in the so-called “list 301” the worst violators of copyright, which is an annual trade mission USA.

Download Music.VKontakte for iPhone is available for free at this link.