Users of Runet called the Samsung Galaxy S7 edge the best smartphone, iPad Pro is the best tablet in 2016

Edition [email protected] summed up the results of voting in the nomination “the Best gadget of the year 2016 according to the Runet”. In the online survey involved more than 160,000 users who have given for the most outstanding device with more than 2 million votes. 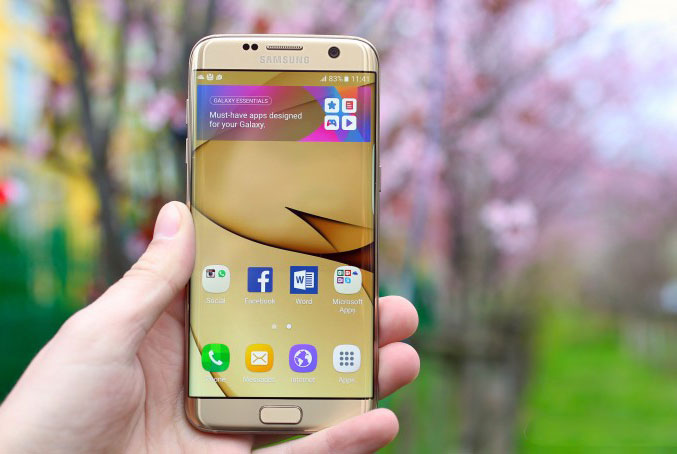 All the users have been 6 nominations for the best selection of equipment and companies in the categories “smart phones”, “Computers”, “Cameras,” “Televisions”, “Gadgets” and “Operators and retail.” The voting took place between 22 December 2016 to 31 January 2017.

According to the survey, “Apple” gadgets have become leaders in one of the categories. In particular, users called iPad Pro is the best tablet of the year. 9.7-inch tablet, as before, remains the best choice for those who do not mind the price. The Apple experts identify the overall performance, quality screen, capacious battery and sound.

The title of the best smartphone on the voting results got Galaxy S7 edge. In this device, according to user reviews, advanced technical characteristics are combined with an attractive design. Having inherited the best features of the Galaxy S6 edge model, the novelty has received the “best in the industry increased Super AMOLED screen with a resolution of 2560 x 1440 pixels, expandable flash memory and become waterproof”. 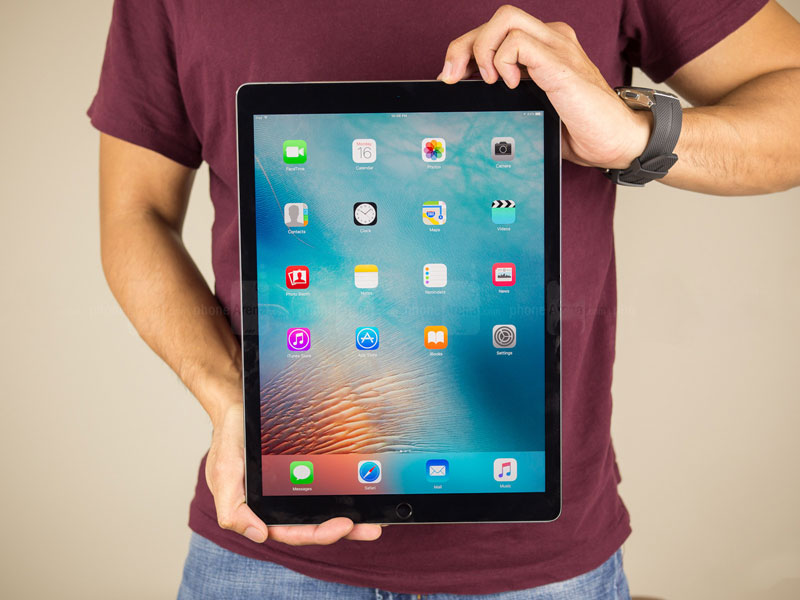 “Among the leaders vote for the gadgets of 2016 many new brands due to the activity of Chinese companies in the Russian market. In a number of key nominations, won gadgets Xiaomi, Honor, Meizu. Despite the failure of the flagship Note7, the maximum number of awards at Samsung, including in the main nomination “Smartphone of the year” (Galaxy S7 edge), although the gap with Apple’s iPhone 7 Plus – minimum”, — told in the company.

In the category “Smartphones”, in addition to the Samsung Galaxy S7 Edge (the flagship camera phone of the year), the winners are Honor 8 (optimal balance), Xiaomi Mi Mix (design year), Sony Xperia XZ (best smartphone for selfie), iPhone SE (compact smartphone). In the category “Best long-working smartphone” competitors ahead of the ASUS Zenfone Max with a battery of 5000 mAh.

The main prize in the category “Computers” (as well as the prize for best design) received the ASUS ZenBook 3, best tablet convertible Lenovo YOGA became a Book. The best smart watch on the version of Runet steel Apple Watch Series 2 and Samsung Gear S3, and the best fitness wristband users called the Xiaomi Mi Band 2. 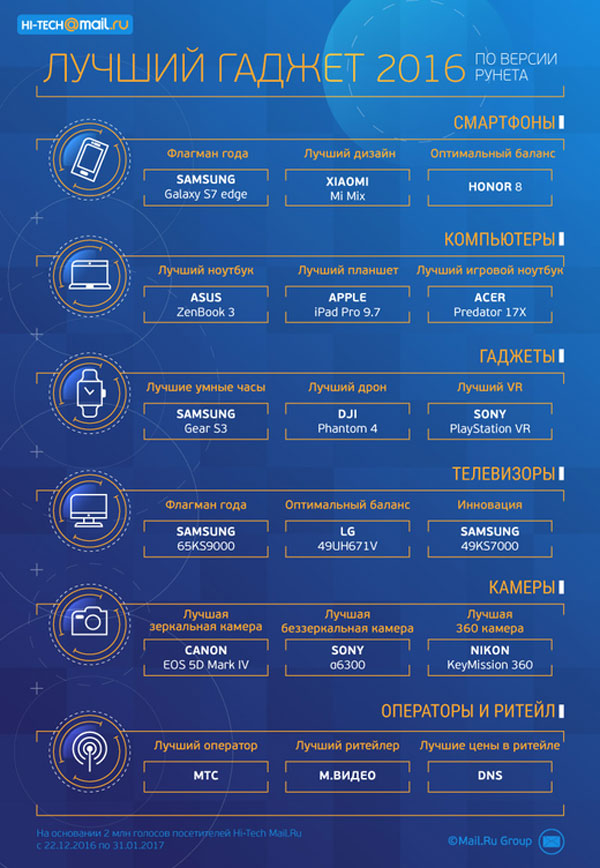 TV year this time was QLED TV Samsung 65KS9000, and in the category “best balance” the LG. The best retailer was recognized as company “M. Video”, and the best prices in retail – DNS.