IPhone and iPad users who tried to switch to iOS 10, misleading error 14 in iTunes. Judging by the number of complaints to the Network, the failure is widespread and occurs in the final stage of installing a new operating system. 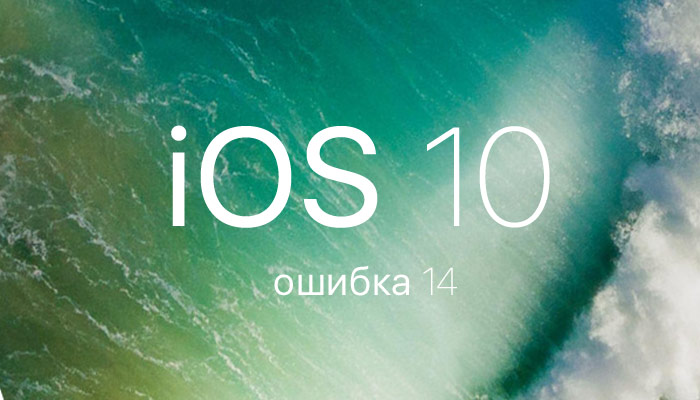 iOS 10 is the largest release of the world’s most advanced mobile operating system – was announced on Monday, June 13. On the same day, the release of iOS 10 beta 1 for developers. Formally, the update is only available to users registered on the Apple Developer Center, but iOS 10 can be installed on any iPhone, iPad or iPod touch using the developer certificate. As a result, many users rushed to update the gadgets.

“Error 14”, mentioned above, appears when you install iOS through iTunes 10, at the moment when the program tries to restore the data from backup to iOS 9. Some users managed to eliminate error 14 clean installation of the final version of iOS 9 and re-restore the data. However, it turns out not all.

In fact, if the user tries to install iOS 10 using the IPSW file of the firmware, your PC must have the latest beta version of the Toolkit Xcode development. More specifically, the Xcode 8. In that case, if the user installs iOS 10 “over the air” using the developer certificate, this problem is not observed.