Users throw a quarter of mobile application after installation

According to the study by the research firm Localytics, about a quarter of installed mobile applications are “abandoned” users never open them after installation. 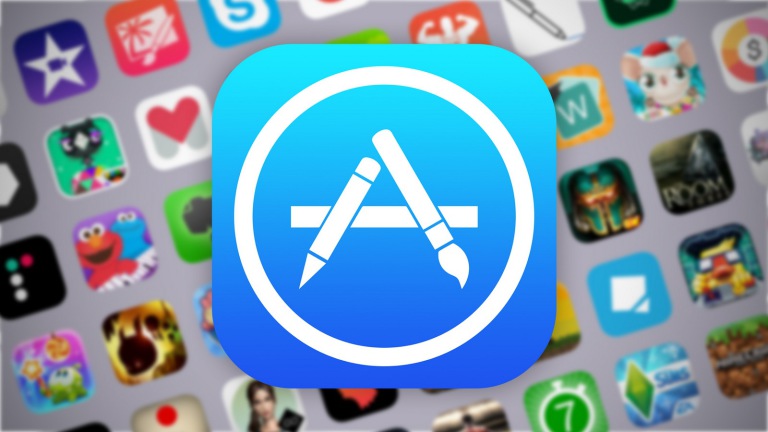 Smartphone owners continue to download new games and applications quite active, but at the same time the probability is high that would be “abandoned” — and often even after the first run.

At the moment users refuse to use 23% of their installed apps — in 2014, 20% of the applications were subjected to such a fate. At the same time, the number of apps opened 11 or more times has decreased in two years from 39% to 38%. 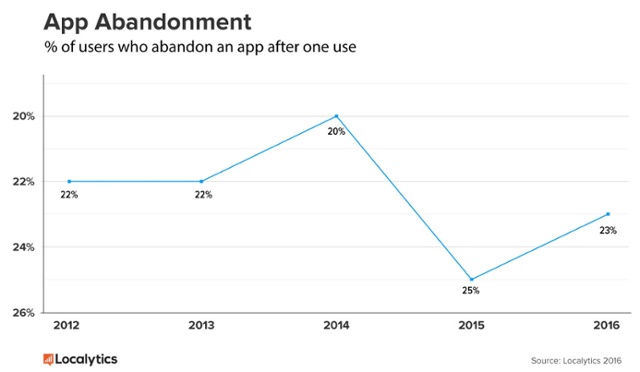 A very high bounce rate among mobile players (although, the authors of the study, if the game becomes popular, the long time does not leave the starting screens of smartphones players).

Outside the US the percentage of failures is much higher — especially in China, where approximately 37% of apps are opened only once. 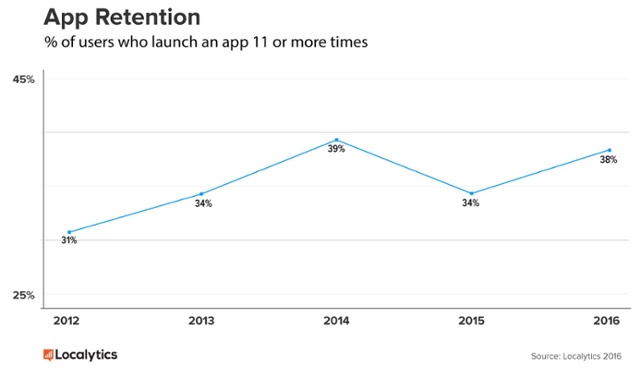 Experts Localytics suggest that it may be associated with the development of cellular communications that allows you to download more applications and made the process faster, and also with the distribution platform WeChat, which many brands use instead to focus on its own native app.

This is a Wake-up call for app developers, because their production should attract the gaze of the first opening, so that it did not last. However, while users pay for the app, do not worry. Or not? After all, with such figures for the mobile software will soon cease to pay.