Billionaire Alisher Usmanov has selected the first winners of the competition for the best meme, the main prize of which became the iPhone 7 Plus. One of the winners was a well-known blogger Zhgun. 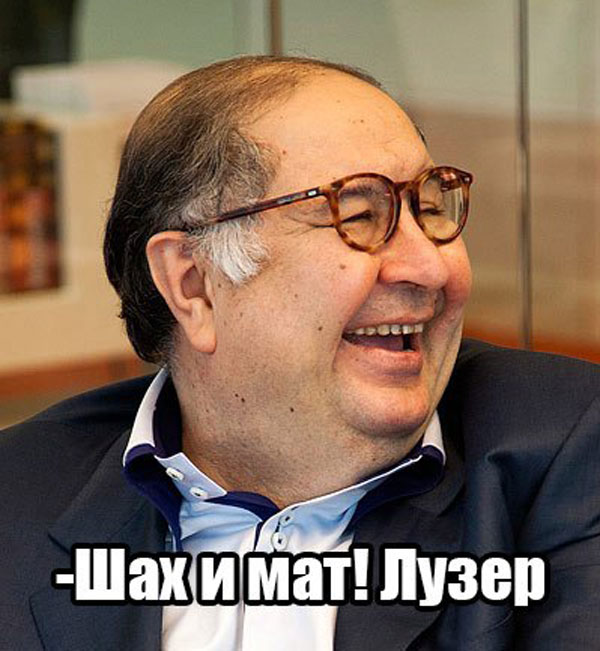 Billionaire Alisher Usmanov has identified the first winners of the competition for the funniest meme about him and his dispute with Alexei Navalny. This billionaire said on his page in “Vkontakte”.

Usmanov said that it was difficult to choose one winner so decided to award the iPhone. “Soon my assistants will contact the authors. Thanks for all that showed their talent and gave a good mood”, — he wrote. 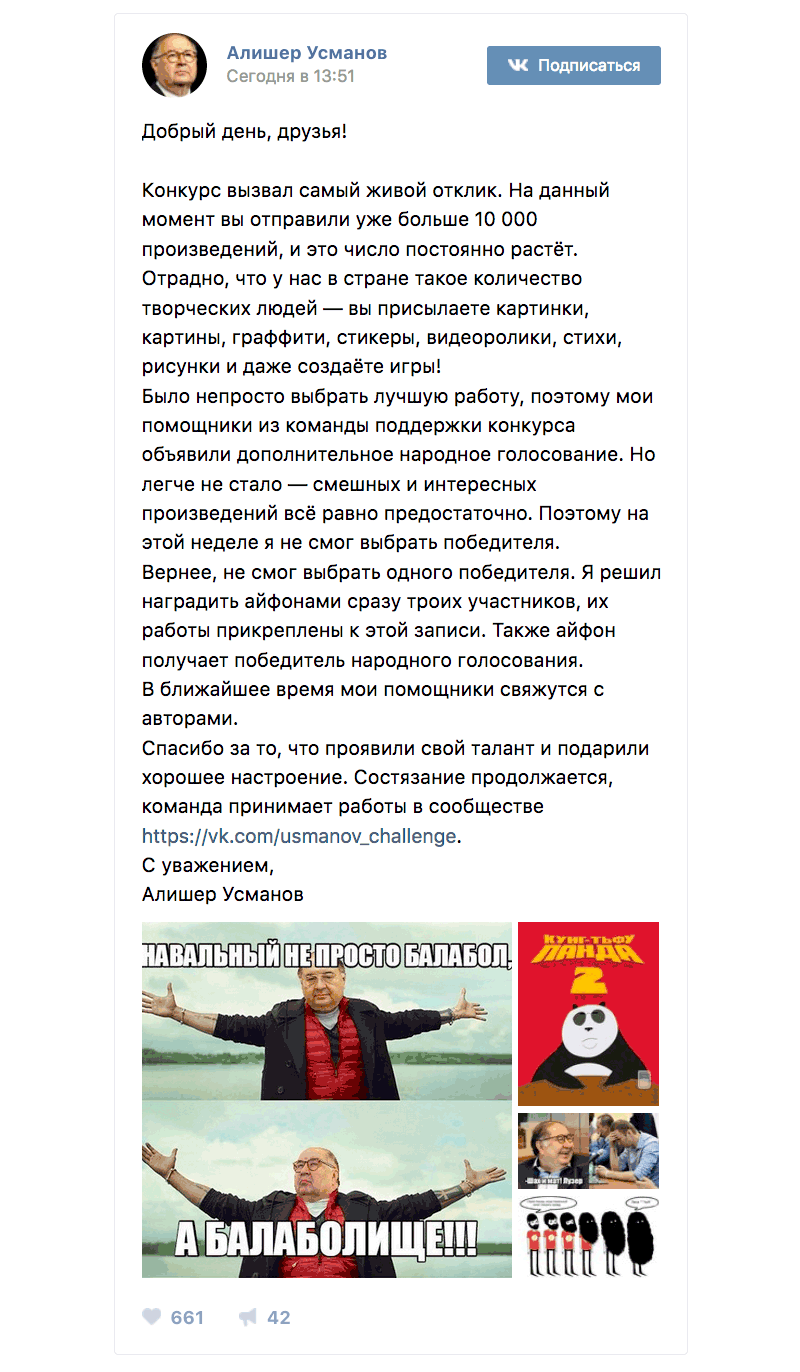 Usmanov also said that his bid had caused “an overwhelming response”. “At the moment you have sent already more than 10 000 pieces, and this number is constantly growing. It is gratifying that in our country, so many creative people — you send pictures, paintings, graffiti, stickers, videos, poems, drawings and even create games!” — he said, noting that to select the best work it was difficult.

“My assistants, the cheerleader contest announced an additional public vote. But it is funny and interesting works still abound. So this week I couldn’t choose the winner. Or rather couldn’t choose one winner. I decided to award the iPhones from three of the participants, their work is attached to this record. Also the iPhone gets the winner of the popular vote,” explained the businessman, adding that the competition continues and the team continues to accept new work in a community “Vkontakte”. 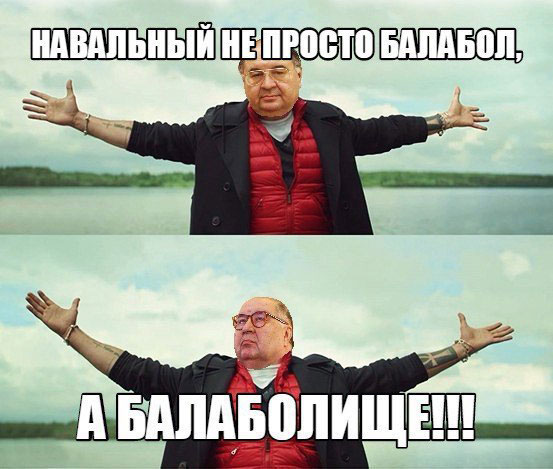 One of the drawings were signed well-known blogger Yegor Zhgun. The victory at the competition he learned at 15:00 on Monday. “I have not yet received the representatives of Usmanov hasn’t contacted me. Let him come [to the relationship] — there will figure out what to do with the iPhone. The Bulk movie I watched: good movie, liked it. To elaborate on this theme while not planned”, — said Fokin.

That Alisher Usmanov announced a competition for the best parody of him and his dispute with opposition activist Alexei Navalny, with whom they are in discussion via the Internet, it became known in late may. About it the businessman wrote on his page on the social network. The initiative of the billionaire explained that he was “very flattered” that his video message has attracted “much attention”. 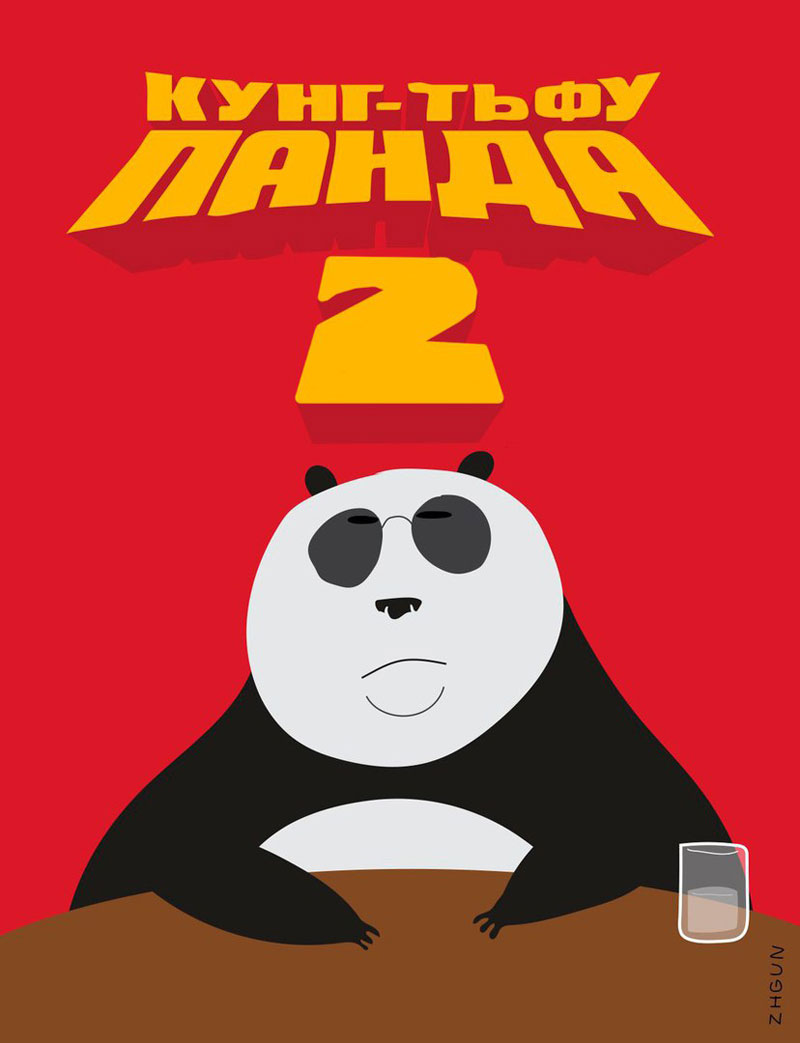 “I appreciate the jokes and humor and I’m glad that sparked your videos the appearance of stickers, cartoons, parodies, videos and memes,” wrote Usmanov and promised once a week to reward the winner of the iPhone 7 Plus a t-shirt with a meme and his autograph.