Hackathon — the competition is quite interesting both for the hackers and ordinary users. But if the professionals are more interested in improving their skills, layman much more interesting to look at the finished fruits of their creativity. Especially if we are talking about the legendary videogame DOOM.

The whole ten hours it took members of the Israeli unit Facebook to port the famous shooter on watchOS second version. To succeed in this endeavour they were aided, of course, a simplified version of the game called nDOOM, which, according to enthusiasts, is run on a much more primitive devices.

With a little time, we decided to do the simplest build of DOOM, which can be found, — says one of the authors of the port Lior Tubi. — nDOOM quickly caught my eye, and we thought — if this thing works on graphic calculators, why not try it on a Watch? 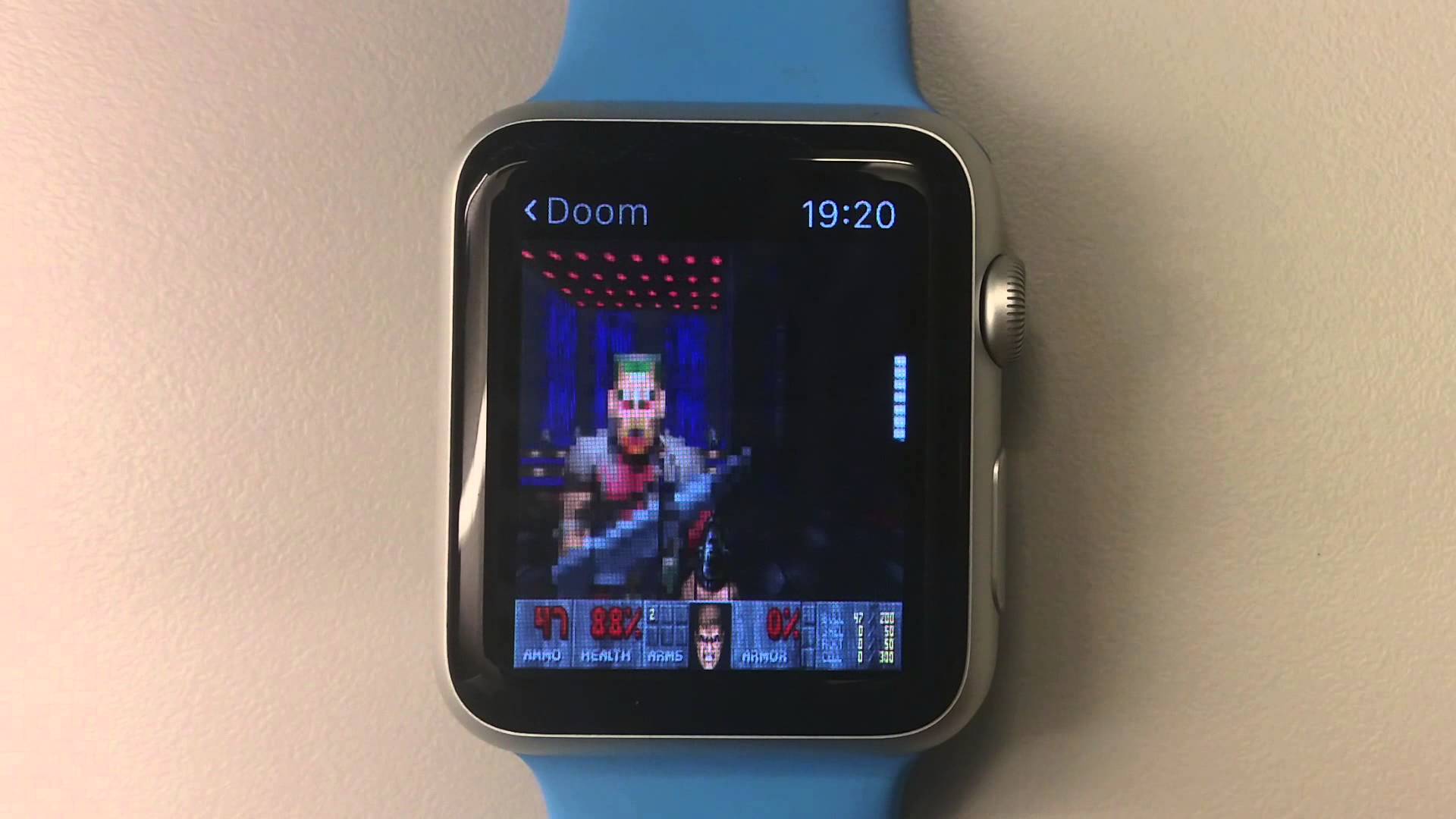 Of course, the game interface was not very convenient, and developers had to work hard on solving various technical problems, but the fact is clearly worth attention. 2 watchOS choice is not accidental: the new system supports the running of applications directly on Android wear, without resorting to computing resources iPhone. This nuance and made possible the existence of such programs.

However, Watch inquiring minds didn’t stop there: a colleague Lior, Mehdi Mulani, managed to transfer the game to your Apple TV. Of course, here to play is much easier due to the presence of physical controls, and incomparably more diagonally connected TV. Unlikely in Cupertino presented the future of gaming consoles that way, but the idea, whatever you say, interesting. Fly in the ointment, as always, there is: the authors are not going to release the source code of the port available, so that you can try out the game yourself yet that will not work. However, if the idea will prove successful enough to inspire other enthusiasts, it will become imminent.

According to the materials DigitalTrends