Videofact: Dolphin selected the iPad from the visitors of the zoo in USA

During a visit to Dolphin US Dolphin snatched from the hands of visitors of iPad. On it informs TV channel FOX 13. 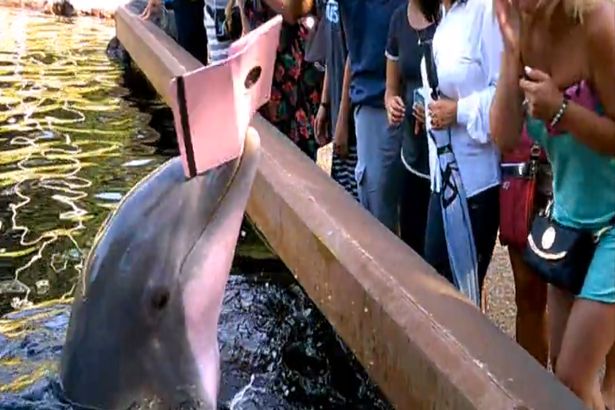 The incident occurred over the weekend at the amusement Park SeaWorld Orlando in Orlando. The woman tried to shoot dolphins, but came to the water too close and did not manage to get the tablet before daring animal grabbed the iPad and threw it into the water.

The gadget has spent some time in the water, but after the hostess was able to pull him ashore. The rest of the dolphins then began to splash the water, and the cause of the incident several times swam in circles around the victim.

In this case after the iPad fell in the water, other dolphins also tried to snatch some things from other visitors. “A couple of dolphins were torn up like they are going to grab my camera too!” — described the event a visitor to the aquarium, Coideal Gomez, who directed “attack” on video.

What prompted the Dolphin to grab the iPad, is unknown. Unclear and the future of the tablet. “In just seconds, the visitor has got a hard lesson that valuable things need to be kept away from the contact tank”, — notes the edition.