Visitors to the Apple Store evacuated after explosion iPad

In Amsterdam in one of the corporate Apple stores overheated and exploded iPad. People evacuated. 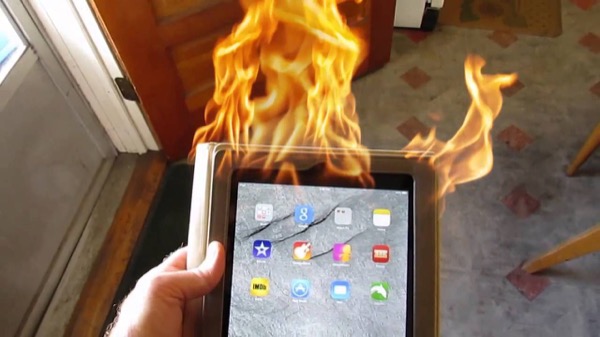 The unpleasant incident occurred on Saturday at 14:20 local time. Serious there was no fire, the tablet did not burn, so the incident was quickly resolved arrived employees of fire security. Sales consultants Apple Store also quickly responded and defused the iPad by putting it in a container with sand.

Despite the fact that the store is not on fire, three visitors were injured from the smoke. They have a small problem with his lungs. Apparently, at the moment of explosion they were close to the device and the airway got the toxic smoke from burning batteries.

And though all could have ended in serious tragedy, cool Apple Store employees helped to quickly eliminate the threat and bring visitors to the street.

In connection with the case, Apple sure will make a separate investigation and try to find out what happened to the burning tablet. It’s possible that the store got a defective iPad and ignorant the staff decided to use it as a demo sample.