What give smartphones for the holidays often 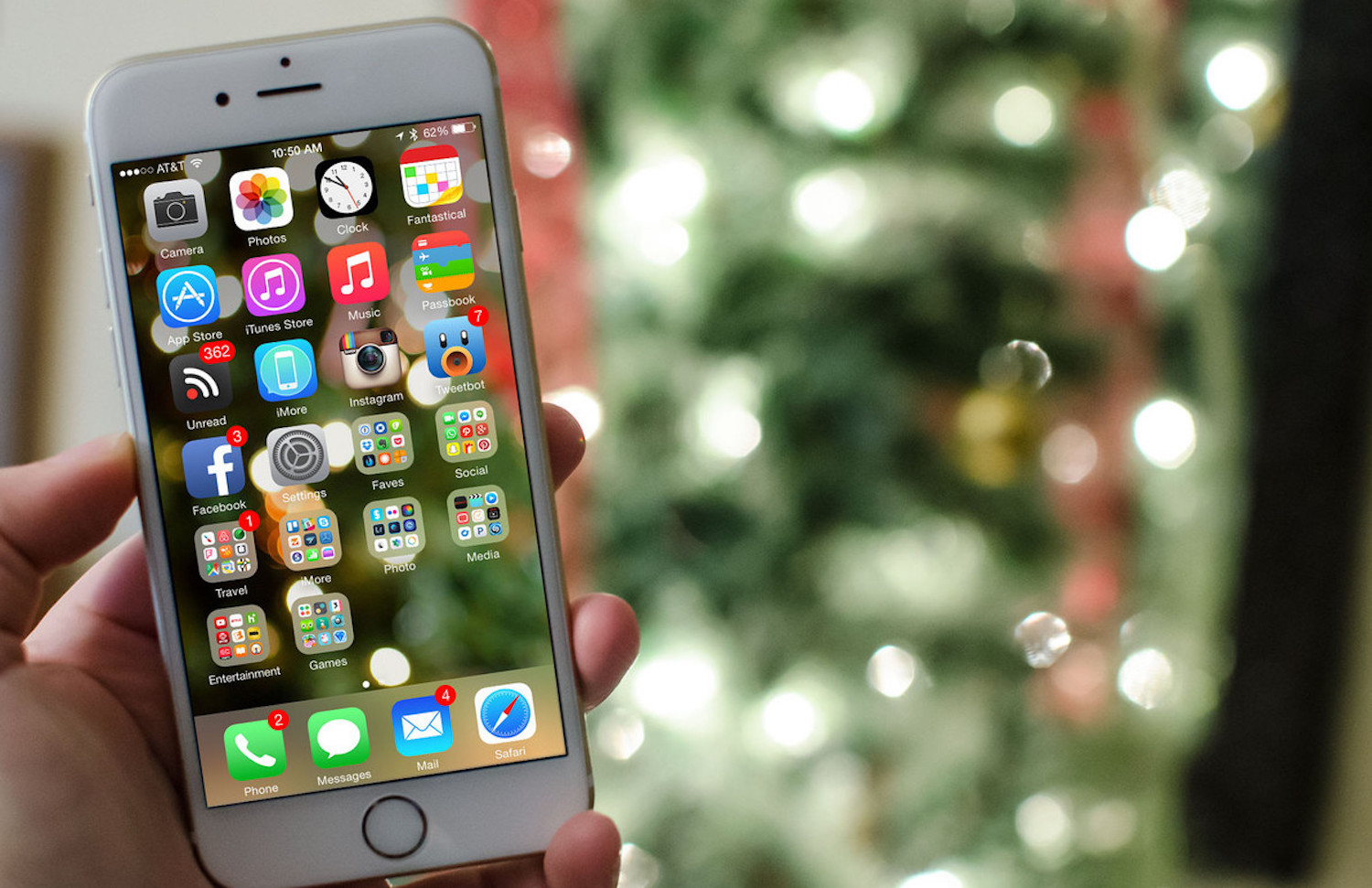 What smartphone or tablet most want to get for the holidays, adults and children? You probably guessed it: of course, the iPhone and iPad. This confirms the study by the research firm Flurry, which examined the activation of new devices the largest manufacturers in the period from 19 to 25 December.

It turned out that 44% of all new activations were accounted for Apple, while Samsung was two times less. Other producers failed to gain the five percent: among them, Huawei, LG, Amazon, Xiaomi and others. 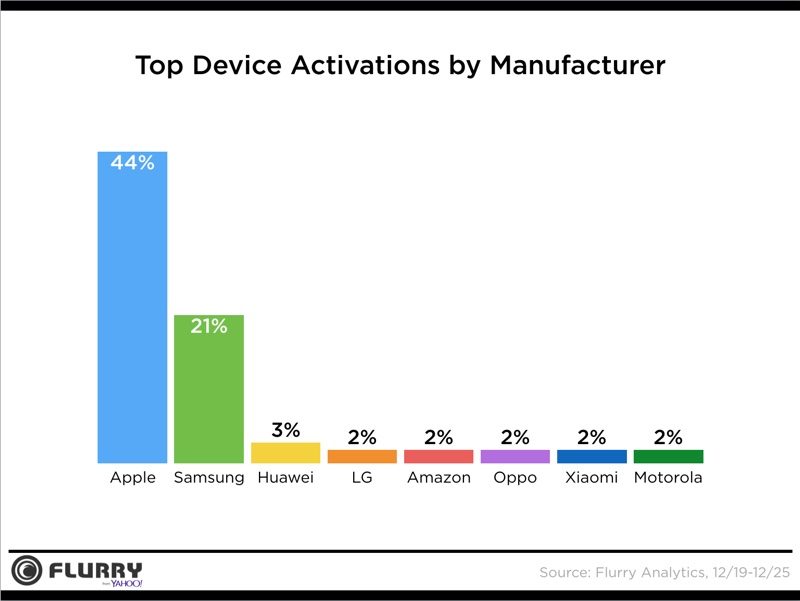 The Google Pixel, which went on sale in October, has not appeared so popular that analysts have included it in your report. The greatest demand among buyers continues to use smartphones with a diagonal of 4-5 inches, though phablets (with screen diagonal from 5 to 7 inches like the iPhone 7 Plus) are gaining momentum compared to the previous year. 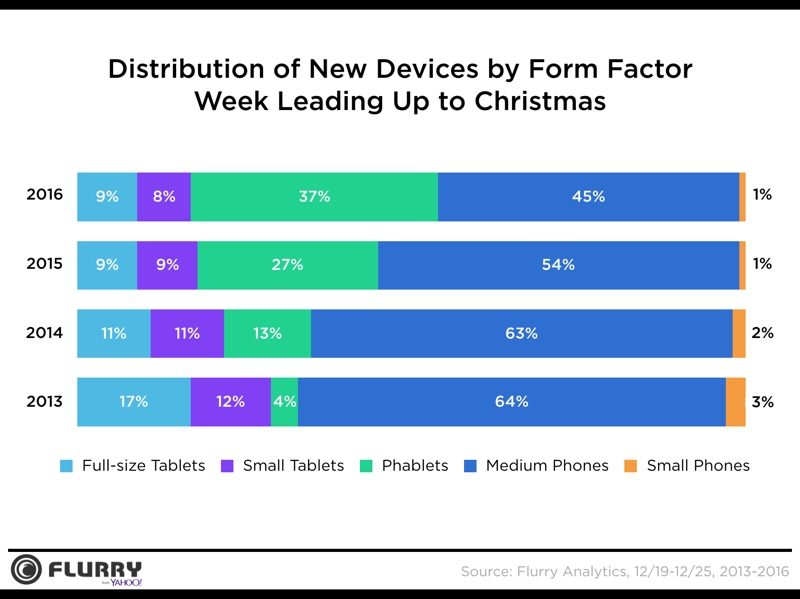 A year ago during the same period, the activation of Apple devices accounted for 49 %, whereas activation Samsung has not exceeded 20 %.