This week, Apple reported for the holiday quarter. In the frame of reference of the company on 31 December 2016 ended the first quarter of the 2017 financial year. During the reporting period, Apple managed to record gains of $78.4 billion instead of $75,9, the company informed. This was announced during the conference call, Tim cook. Spoke to Apple and a record number of iPhone sold, Apple Watch, and Mac. The only thing silent in the company of a record in many respects the quarter was a week longer than usual. 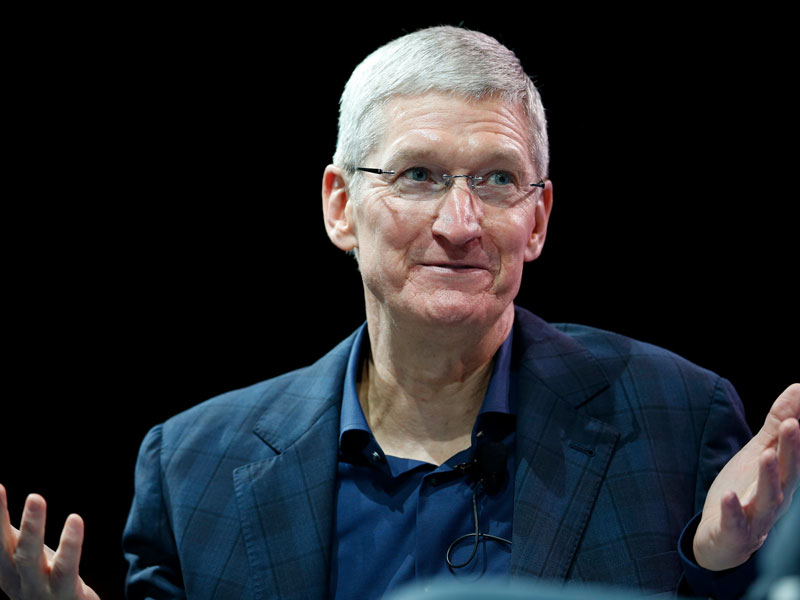 According to Jeff Johnson from Developer of Underpass, the last quarter for which the reported California giant, lasted 14 weeks instead of the usual 13. Apple has resorted to a system of calculation for the first time in 4 years. If the company carried out the calculations as the previous three years, its quarterly results would be worse than a year ago, says Johnson.

“Apple says first quarter of the 2017 financial year was a record in revenue. The media quickly picked up and disseminated by this excellent for company news. But such headlines can be considered fake. Technically speaking, it’s true: revenue was a record in history. True, but not quite. In fact, speaking about the results for the quarter, Apple plays the numbers. The duration of the majority of its fiscal quarters are 13 weeks. But from time to time for the quarter has 14 weeks, we call it “big”. About this game with the financial records at the time, wrote in Slate. So Apple’s first fiscal quarter 2017 duration was 14 weeks for the first time since 2013″, – the journalist writes.

Johnson led mathematical calculations, find out if the previous quarter Apple turned out to be the same length as a year ago, his results were not so positive Citing calculated on the basis of 13 weeks, the analyst found that during this year, Apple only increased the revenue from services, and all the others showed, including income and the number of sold iPhone and Mac declined.

Comparison of sales for 2017 and 2016 years from Apple (revenue growth, iPhone sales and Mac): 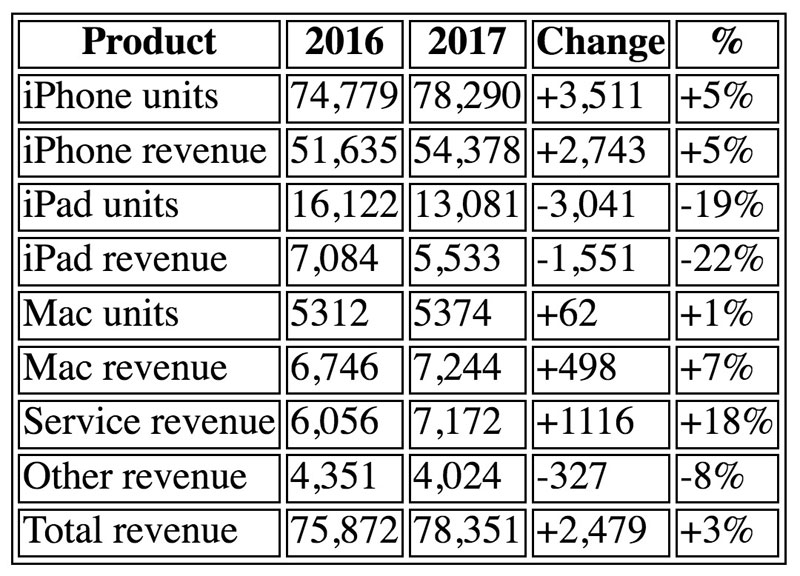 “Honest” comparison of sales in 2017 and 2016 from Apple (falling incomes, sales of iPhone and Mac): 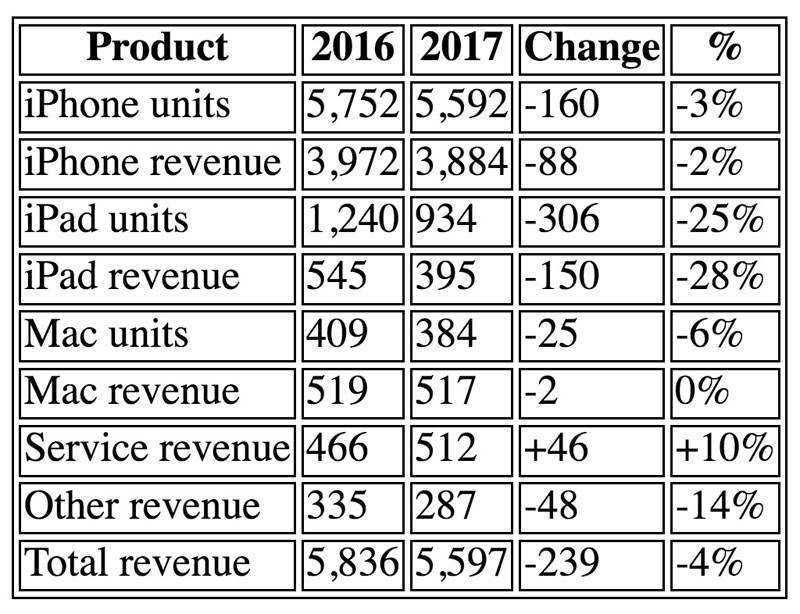 It should be noted that after the publication of positive results for the quarter the shares rose to a record high of $129. As a result, market capitalisation for a day has increased by almost $40 billion.