Samsung Galaxy S9 and S9+ was presented a few months ago, but the Internet has appeared a lot of rumors about the flagship 2019. We have collected all that is known about Galaxy S10 and S10+. 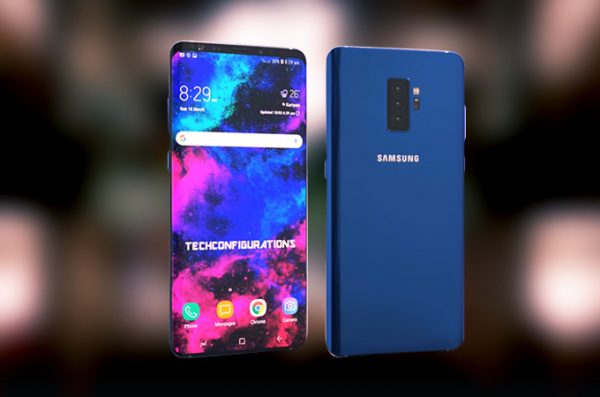 According to The Korea Herald, the Samsung Galaxy Note and Galaxy 9 S10 will be presented earlier than their predecessors. Initially it was assumed that the Galaxy S10 will be shown in March, as the Galaxy S9. Now the presentation is expected in January 2019 at CES in Las Vegas.

Most likely, Samsung will continue to Refine the current design flagships. The company will continue the trend of bezremontnoy and will probably reduce the padding top and bottom. The rumors indicate that the size of the smartphones will increase.

For Galaxy S10, the company is preparing a 5.8-inch screen with very high pixel density of 600 PPI. Considering the screen size and the PPI number, the display resolution should be increased to about 4K. Galaxy S10+ can be installed a 6.3-inch display with the same resolution.

Ice Universe says that the smartphones will support the 5G and get a special chip for neural processing. However, what functions it will perform, are unknown.

More than anything in the Galaxy S10 waiting for the fingerprint scanner, working through the screen. This technology was created for Galaxy S8, but it did not finish, so I had to place the scanner next to the camera. It is expected that the company made this piece for the anniversary of the flagship. Earlier it was reported that the scanner below the screen will be unveiled together with Galaxy Note 9, but Ming-Chi Kuo has denied this rumor.

Korean news website The Bell wrote that Samsung will improve the camera and scanners on the front panel to unlock was faster and safer. It is still unknown whether the company plans to create its analog Face ID.

This is preliminary and unconfirmed rumors, so don’t trust them one hundred percent. But no doubt some of them will be features in the flagship Samsung in 2019.