What will be the most expensive Apple smartphone in 2018? Here – all about iPhone X Plus

Paul Gorodnitsky – the gadget, for which you will have to take out a loan.

All last week Apple community passionately discussed the release of two new iPhones. One – 2 SE – must show in may, he will receive a glass case, design iPhone 5s four-inch screen and a price of around $ 450. The second gadget, the iPhone 9 will come in metal and will cost $ 600-700. He will get a 6.1-inch display without 3D Touch single camera and last year’s “iron”.

Eerie excitement around these models demonstrates how different the world of smartphones in recent years. Apparently under the influence of China the cool devices were considered to be inexpensive but practical device. Flagships do not excite, and for good reason: Apple is preparing a big (in all senses) and an important release. 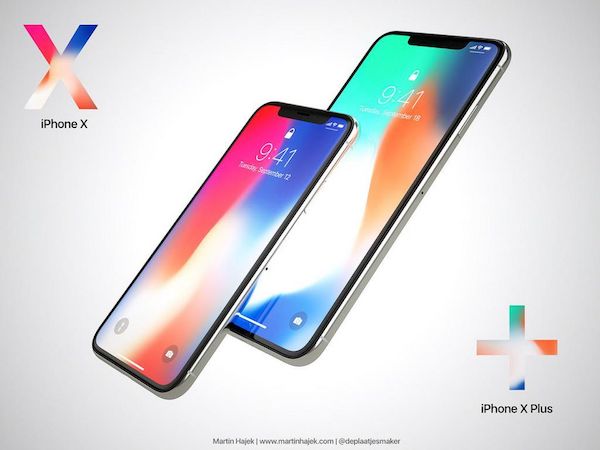 iPhone X Plus to debut in September. Insides about him can be divided into three parts – one hundred percent, and very likely unrealistic. Below is the analysis of all the rumors, conjectures and versions.

What exactly is it?

1. Design as the iPhone X in 2017. Same neckline, same glass body, same water resistance and the vertical camera. Here at all without surprises.

2. Screen size– 6,4-6,5-inches. First gadgets with such displays were spectacularly uncomfortable: for example, shovel Sony Xperia Z Ultra, had just a 6.4-inch screen does not fit in any pocket.

In the end the unit failed – more the Japanese experimented with flagship-planetfone. Here, everything would be different due to the thin part: apparently, the dimensions of the iPhone X Plus is marginally higher than the size of a regular iPhone Plus. That’s fine, given that the competitors of Samsung are preparing the same frameless Note 9 with the same huge screen. 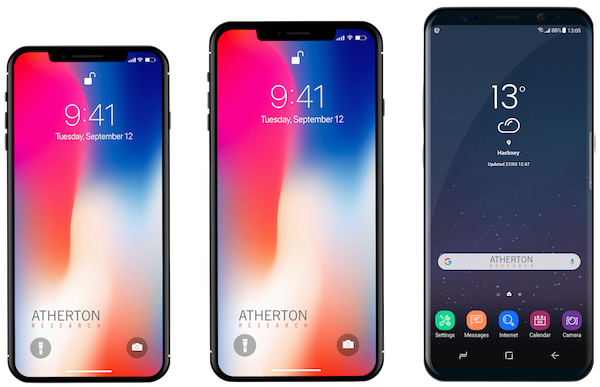 3. The price is from $ 1,100 for a minimum version. There is only one question: how much memory will get younger X Plus? Most likely, 128GB: Apple steadily and systematically increases the bottom bar, which last year was at around 64 GB.

4. Best camera on the market. No matter, Apple will add a third module or not, but the task is clear – it’s time to throw off the throne of the Huawei mobile cameras.

The Chinese got in there this spring when everything is themed, inspired by media and bloggers praised the triple module from Leica, but the era of P20 will be a short Pro – X iPhone Plus definitely it will tear.

What else has a chance?

1. Mad battery. In theory, one could expect Apple to finally focus on autonomy and will be given a device that will live two fair days without recharging. Not ultrachem mode at minimum brightness, and so, not to have yourself in anything to restrict. While this was possible only to those vendors that have put the battery on 4000 mAh. View, decide whether the likes of Apple.

2. Mode multi-window mode. It has long been available on Android but, Apple thought that even a 5.5 inch screen regular iPhone Plus is too small to open two applications. It’s time to break this pattern and cut ipatovskiy Split View for iPhone X Plus – this is a real victory. 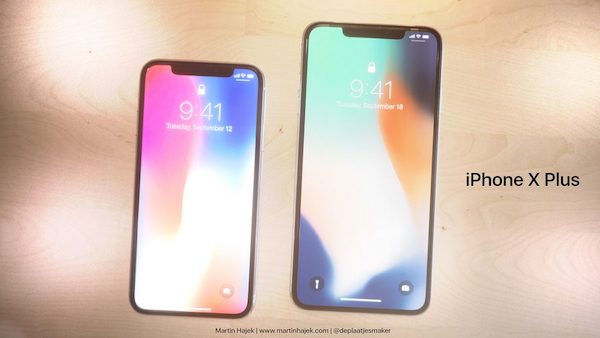 3. 512 GB maximum version. Apple could make a gift for the fans of shooting video in 4K but they need that kind of volume. Therefore, iPhone X Plus will be released in two variants: 128 GB (for normal users) and 512 GB (for those who do not want to think about the free space).

4. The Golden color of the body. Not the fact that X iPhone Plus Gold in the end will reach the shelves, but the probability is rather big. It all depends on Apple: Americans love to add one color per year (not counting the red), so that the Golden bezrobotnych – a real prospect.

5. Reduced neckline. Now it is objectively too large – it is necessary to lead to the level of Essential Phone, where the unibrow very tiny.

What specs and features you can dream?

The maximum that will be put in a box, “the cube” from the iPad. It already can be considered generosity.

2. The fingerprint scanner in the screen. Cool feature, but Apple is easier to say “Pfff, yeah we have a Face ID”, than be bothered with expensive and not quite developed technology.

3. Support Apple Pencil. A good story that fans spent $ 100 on a pencil and took notes (sketches, drawings) by hand. In theory, this way you can stimulate sales of the iPad Pro gadget or two, but the pencil one. Convenient! 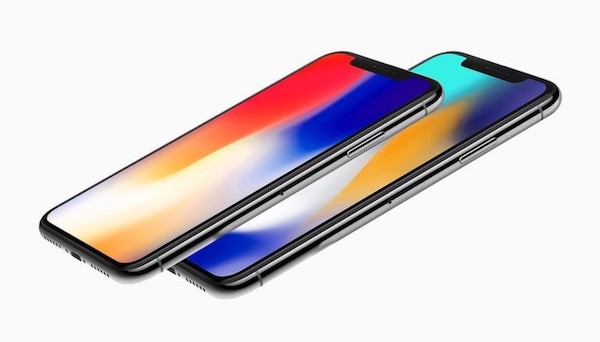 4. AirPods included. Naive fans believe in this situation – to no avail. First, Apple, and so the deficit, and secondly, will soon show the new generation (not to give the same old headset, right?) thirdly, earphones are too expensive.

Therefore, the set is a standard – EarPods and a lightning adapter for the mini Jack. Modest, but better than nothing.