WhatsApp for iPad started to charge by subscription

The developers of the WhatsApp application for iPad has made some of the functions are paid. Owners of the premium version get messenger without advertising and with a dark theme. Also in the list of paid services includes changing the background and font. 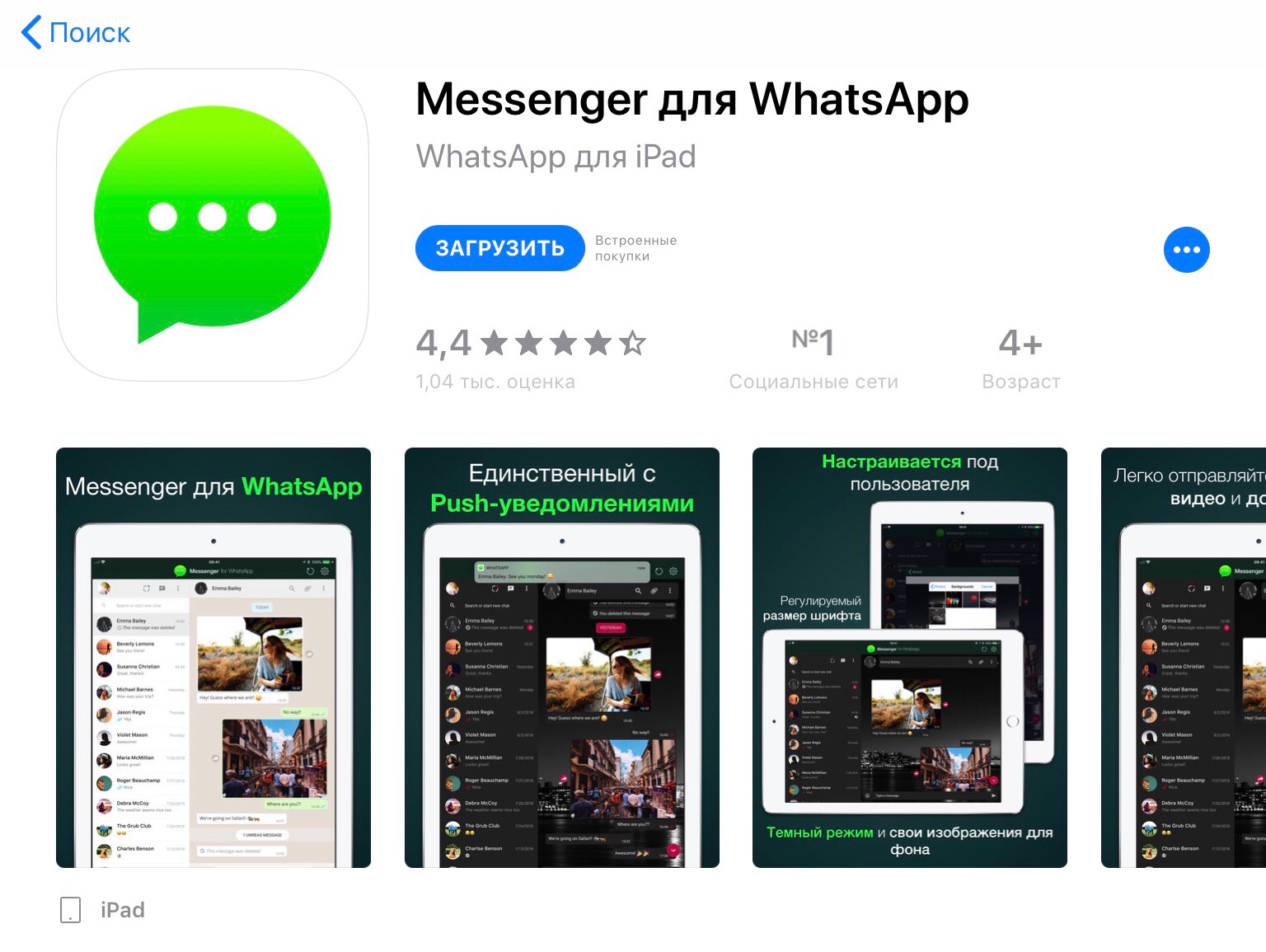 The price is 329 rubles a month. In the first week of use all the app options available for free. Recall that just delete the program in case of expiration will be insufficient. You must unsubscribe from the service in the App Store’s account settings.

If the user does not want to spend money on additional functions, but the lack of advertising it is paramount for the developers to get rid of it with a single payment in the amount of 229 rubles.

WhatsApp for iPad is not a product of WhatsApp Inc. Programmers Gorilla Technologies S. r.l. just moved the web version of the messenger app.

In September it became known that WhatsApp for iOS will display advertisement under “Status”. It will be shown between the user stories, just as is happening now in Instagram. According to analysts of the newspaper The Economic Times, the update will appear in 2019.