Why Apple needs to release its fitness bracelet. It’s time to make the Xiaomi Mi Band 3 and Band 4 Honor

Paul Gorodnitsky is about how Apple can break into the market, which frankly is rotten.

The strategy of Tim cook in the Apple are obvious: the top Manager gradually destroys entire categories of products, leaving only the most profitable and the most promising. For example, the legendary iPod in the grave already, iPad mini, too, but desktop computers rarely come to life, like zombies that they are not considered dead. Clearly, cook wants to conquer the world using your iPhone, iPad, and Watch, and he is now unable to create new gadgets, but there is one area where Apple’s presence is extremely lacking.

Talking about the fitness bracelets. The ones who now wears every second. They count calories, pulse, send notifications, follow the dream, but they have a problem – they are either too cheap or too professional. The second category, it’s simple: these trackers needs athletes, but there is not enough of other, more basic functions. But with budget devices the situation is much more complicated: they are popular and seemingly functional, but the compromise climbs from all cracks.

We will not dwell on some rare models, take the most popular classics – Xiaomi Mi Band 3 (1500 rubles, a black and white screen) and Honor Band 4 (2500 rubles, the color display).

Xiaomi do have a nightmare, not a gadget: a bracelet made of the most miserable materials there is disgusting screen, sloppy stitching, randomly heart rate monitor, pedometer salami and frankly ugly design it is felt that this gum sell a maximum of $ 25. Honor Band 4 gives about the same feeling: he is more specific and more impressive, but more reminiscent of a bracelet for those who were sent under house arrest. Too glossy, puffy and overdressed for the tracker for $ 40. 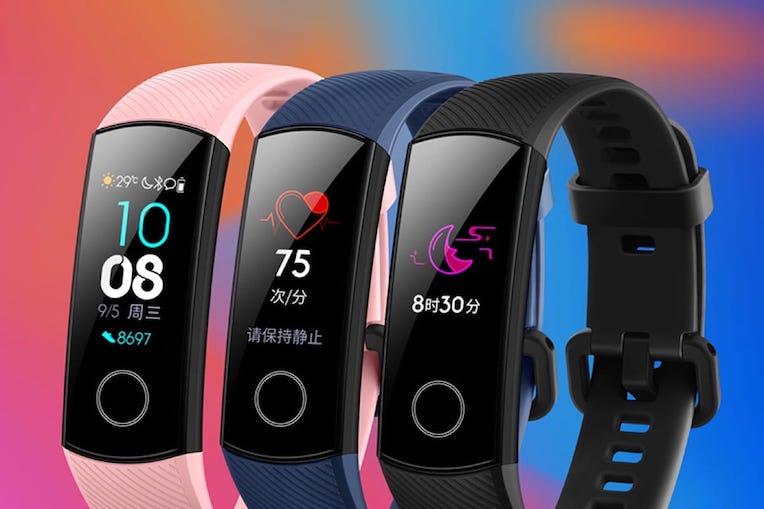 The problem is that the Chinese is more or less all. Low price, but also the appropriate quality, and buyers do not mind this fact. In the end, due to the dumping of suffering worthy of the brand type, Fitbit, and now the world is simply no universal, stable and functional fitness bracelet.

Why would Apple release such a gadget? It’s simple: to get new loyal audience. Now the company has essentially no relatively budget product which will be hooked to the brand. Early sales were the iPod Shuffle and iPod nano, which demonstrated the magic to those who lacked something more expensive. And now the most affordable device – the AirPods headphones, but their owner did not feel the whole effect, if it is to connect the ears to the Android-based smartphone.

So you need something more abruptly, and the fitness bracelet – the best solution.

What should it be?

2. Autonomy – at least a week. The charge, of course, through lightning, preferably ultravista.

3. At the presentation everyone should see: the bracelet is considers heart rate and calories, does not make mistakes with the steps, and at the same time instantly transmits all information to your smartphone.

5. Water resistance – of course, with the support of the pool, and not just for the shell.

6. Need a quick change of training regimes. Right instant. Or even automatic recognition of activity, so you don’t have to manually crank up the cardio, weights and swimming.

7. GPS generally optional thing that can be sacrificed for the sake of economy.

8. Design need something minimalistic and sports, but most importantly, the bracelet was not felt on the hand, that is, do not remind yourself throughout the day.

9. The screen is definitely colored, but small.

10. Notice – only the main. And, of course, without the possibility to answer – it is not needed.

And the key point. You should allow the use of the bracelet with an Android device to compete for audience, which now belongs to Google-the smartphones.

Okay, sounds logical. But what about Apple Watch?

And with them, and so all super. Their target audience overlaps with the audience of the bracelets. First, the Apple Watch is a fashion gadget. Secondly, there’s the notifications, and the app, and lots of extra features compared to the bracelet. Thirdly, there are now GPS and the big screen in the bracelet, they would not exist. Well, a crucial factor: Watch – only for iPhone, fitness tracker for all. 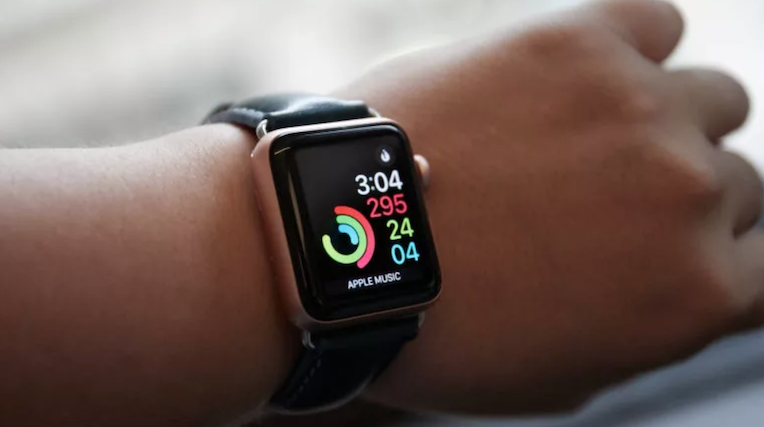 So it would be great if Cupertino gets intense monetization of iPhone and surprised us with a brand new product. The market would shake, and it’s great: strange, when a promising niche gadgets associated with Chinese Huawei and Xiaomi, not Apple.