iPhone X was a breakthrough due to its design and technology Face ID. iPhone 2018 could be the one with the updated “stuffing”, which will have an impact on every component of a smartphone.

Find out what will be the upcoming flagship of Apple-branded processor A12. 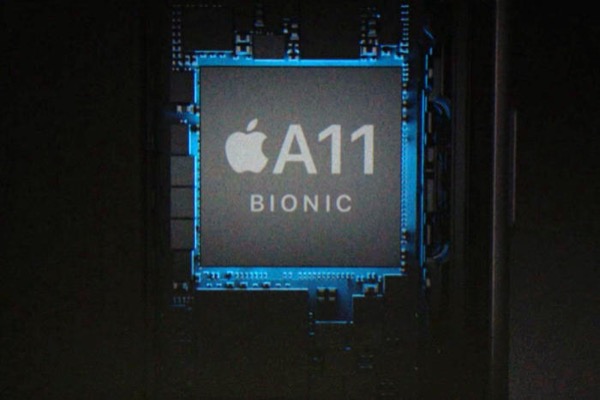 No more brakes and hang-UPS

Yes, it’s all so clear that each new iPhone is faster than previous. But there is a caveat. According to rumors, Apple has designed the processor, manufactured on 7-nanometer process technology. This means that a smaller area of the chip will be able to fit more processing power. In this case, Apple can increase the number of graphic cores with three to six, which will ultimately have a significant impact on the graphic component of the games appearing in the App Store.

Up to two to three days without recharging

Of course, the processor will affect the time of the smartphone on a single charge. The smaller the chip, the higher its energy efficiency. It worked last year, when Apple introduced the Fusion processor A11. To verify this, it suffices to compare the performance of iPhone 7 Plus and iPhone X:

In reality, of course, the breakthrough has not happened. Last year’s “iron” simply compensated for the costs of computing power, which appeared in connection with increased resolution in the iPhone X. nevertheless, it is an upgraded processor allowed iPhone X to save nearly that time on a single charge, as in the more massive the iPhone 7 Plus.

In 2018, the display of the iPhone is unlikely to change, and the battery will be more. This means that autonomy will not just remain at the same level, but also will increase substantially. The TSMC plant, which produces processors for Apple recently reported that 7-nanometer process technology allowed to make the chips for 40% more energy efficient. In the end, users will get up to two to three days without recharging. 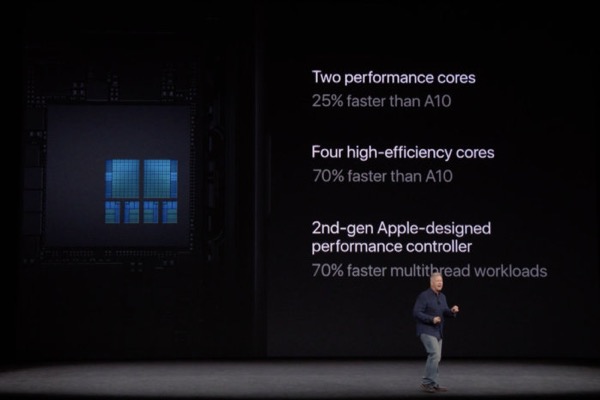 The picture quality on the level of the competition

Every year, Apple sets iPhone new optics, but, as shown by the experience of competitors of the Corporation, it is more important post-image processing artificial intelligence. Pixel 2 and Huawei P20 has been nicknamed the “kings” of mobile photography, but the cameras on these devices is nothing special. Much more important is the processor responsible for “drawing” pictures.

Probably this year Apple will also make a step in this direction, giving the user pictures on the left to the artificial intelligence, which will bring them to mind. Besides, A12 can enhance the auto focus speed and quality noise reduction.

Presenting a Fusion processor A11, Apple announced that for the first time introduced into the smartphone two separate nuclei, forming mini-neural network, which is responsible for operation of specific machine learning algorithms needed for the normal functioning of the Face ID.

Knowing Apple, it’s hard to believe that the company will not try to make your device even smarter, leveraging advanced technologies such as AI and machine learning. And even if the Corporation does not present any new products with the support of artificial intelligence, it’s safe to say that the update will get tools for developers CoreML that will allow outside companies to use machine learning in their applications for iOS. 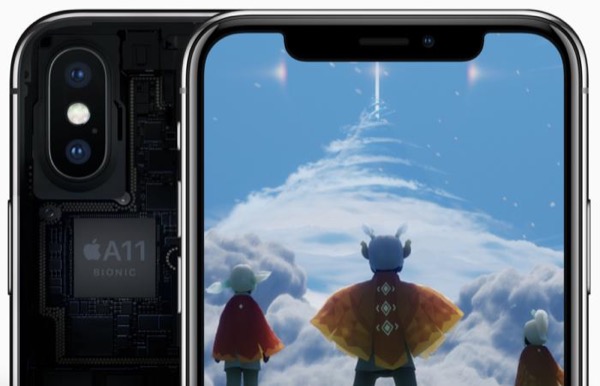 The first high-speed mobile networks will earn before the release of the new iPhone, and Apple is unlikely to miss the opportunity to provide its updated flagship support 5G networks. CPU A12, coupled with a proprietary modem just this help. High speed data transfer is particularly important for Apple as the company plans in the future to enter the market of streaming video.

In 2011, Apple was already late, postponing the introduction of LTE support. This time, this error can not be tolerated. And employees of the Corporation, is likely to understand it.