Why “snooze” in alarm clock on the iPhone is triggered in 9 minutes?

Many people know that a function “snooze” in alarm on the iPhone by default is triggered after exactly 9 minutes. But why? Despite the fact that Apple developers never commented on this point, there is historically an engineering theory that explains this fact. 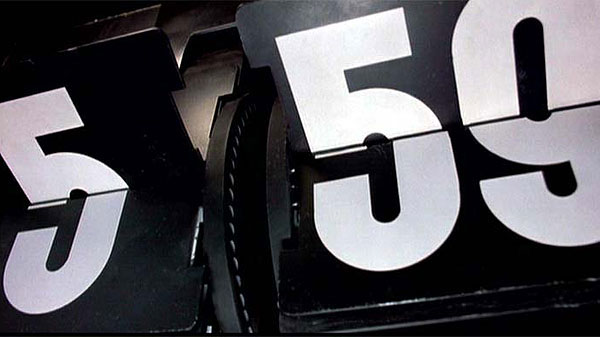 Apple is an American company and largely its products follow the American tradition. One of these traditions, for example, is a function of the “Repeat signal” (Snooze), which gives to take a NAP for a little while.

According to Delfi, the first alarm clocks with this feature — even Electromechanical, appeared in the USA in the 1950-ies, and by the end of the 1950s, a watch company, for example, Westclox, even learned how to make alarm clocks, where the user has the opportunity to choose how much he wants to take a NAP. No 9 minutes as “the standard here was not, and had the choice between 5 and 10 minutes”.

Collector of vintage watches David Slavik, 9 min as standard for the function “snooze” came later, when the United States is widespread a watch with a “rocker” numbers. Each of us is familiar with this watch on American films such as “Groundhog Day”. There is such a watch, of course, play a major role. 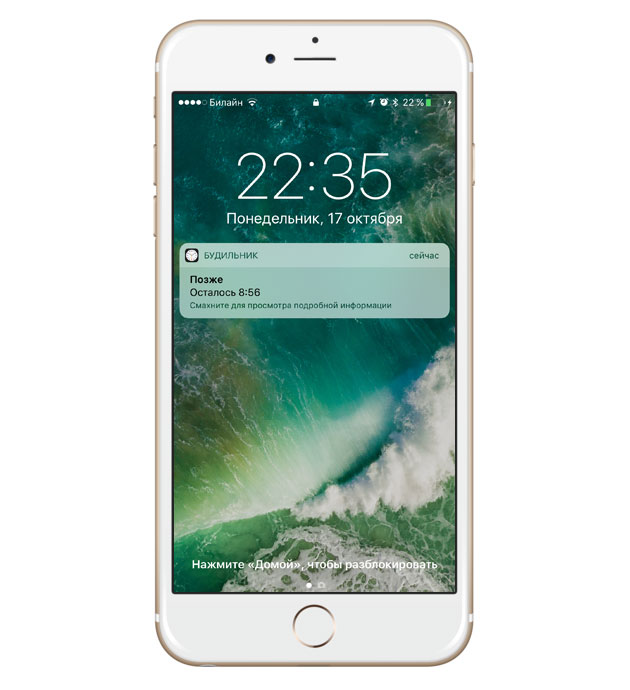 According to experts, the mechanism of “Repeat signal” in those hours directly associated with minute party rocker “engine”. Moreover, given its mechanical nature, this engine could not “know” how fast the man pressed the button and after 5 or 55 seconds. In the end, the function “snooze” in the clock was configured to give the highest possible — given its location in the mechanism — time “for a NAP”. Namely, nine minutes plus. If the engineers wanted to set it for ten minutes (for example) — they would have to fuss with bringing and time side of the engine, making the design unnecessarily complicated and expensive.

It is believed that the tradition to do “snooze” is nine minutes originates from the era of mechanical watches, but it is not — analog Electromechanical alarm clocks of the 1950s could afford to have a “beautiful” response time “Snooze” and even gave a choice. Just because they are responsible for it a separate mechanism. 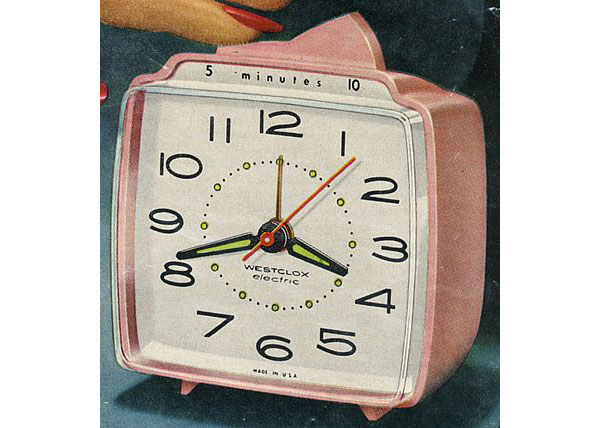 Well, why Apple has adopted this tradition… perhaps because the standard clock in iOS, especially at first, was well, very similar to standard alarm clocks with the flip mechanism. Copying their appearance, Apple designers took the trouble to take and other stuff, including the response time function “snooze”. And then it became a tradition, to break which was impossible — if people used that the alarm is re-triggered in nine minutes, not to disappoint them and change this habit.