Why the iPad Pro is the future of personal computing?78 comments 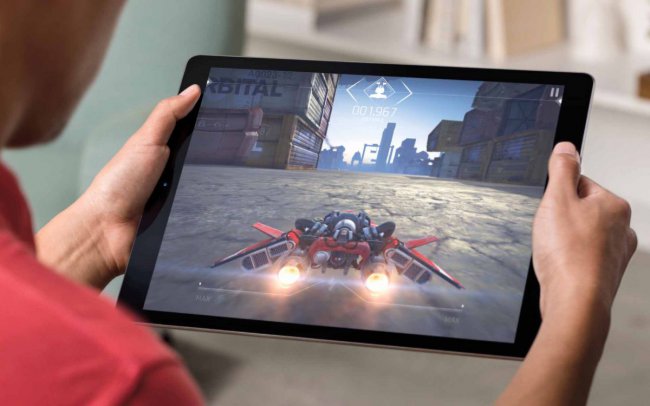 In 2010, when Steve jobs unveiled the first iPad, the world didn’t understand him. After some time, the world realized his mistake and rushed to buy tablets at a frantic pace. It is considered that from that moment came the so-called era of “Post-PC”. Meanwhile, it has been 5 years, Steve has long retired, the company headed by Tim cook and iPad has grown into something much more than just a big touch screen to surf the web. Being more convenient and more powerful than competing products, it became the best selling tablet in the world. But the world would not be itself, if not longed for the innovative and revolutionary new products. Thus was created the iPad Pro.

Tim cook, walking slowly around the stage Bill Graham Civic Auditorium, said the following: “iPad is the clearest expression of how we see the future of personal computers”. It follows from this that Apple decided to change the strategy of introducing tablets to the market. iPad Pro, for example, at the presentation were repeatedly compared to full-fledged computers. He allegedly exceeded the majority of those in power, performance, and usability.

Your humble servant remembers those days, when not stopped talking about that for the iPad could become a full-fledged “workhorse”, it lacks a desktop operating system, physical keyboard and stylus. And there you are. The presentation was everything except OS X. But in the modern realities this is not so bad. iOS the year is coming of age, gaining new features and becoming more like “OSes”, which can and need to work. Besides iOS and was developed based on the table “brother”. Now iPad is no longer a device for a consumer society, it is the device creators. The tablet turns into a great device for taking notes, writing, drawing, presentations, read books, buy tickets and — what is really there — for entertainment. As well, perhaps, to watch movies on 12.9-inch high resolution screen. No, it’s not the same thing as staring in “the fifties” plasma, it’s something else.

Let’s go back to the working functions of the iPad Pro. We already partially addressed the topic of iOS, but it will look more 9 version. Long ago there were rumors that soon in tablet computers, debuts the split screen in half or “window”, as well as improved multitasking. Only in the beta version of “nine” has been found confirming this fact information. But such feature is not too comfortable 9.7 inches iPad Air and certainly on the iPad mini. “Proshka” is suitable for this purpose is much more. Yes, and it is unlikely that the owners of “MINICOM” will be a critical need to operate in mnogokanalnosti. Diagonal of 7.9 inches is not “working”. For example, to print on such a small screen is not only uncomfortable but also undesirable for the health of the hands of your hands (although the author of these lines is quite possible, but more on that below). But the iPad Pro, besides, with a new, specially commissioned multi-function keyboard and a stylus.

Own experience, the author insists that if necessary, he could stop using the laptop and all the work to move on “Apple” tablet. It so happened that on duty throughout the day I have to type a lot of text and it is not always possible to do this on the laptop. In such cases, makes a physical keyboard from a third-party, and the role of the editor supports Microsoft Office, which replaced the previously used analog from Apple Pages. Inconvenience absolutely no.

I would have purchased an iPad Pro for the same purpose? Probably not. Price 100 000 rubles pushes away from buying, but the dollar could change the view of many potential customers. And it’s not even in value, although it is important, in first place there is the question of rationality. Pages AppleInsider.ru reiterated on many occasions the point of view of the professional orientation of the iPad Pro. We have repeatedly written about the designers and architects, doctors and businessmen, but lack attention video makers and DJs. For them, the purchase could very well be justified, because to mount the rollers on the “Proshka” (and I’m not talking about a MacBook) will now be much more realistic, but to play on “open-airs”- even more so. Large and vibrant display, powerful processor, professional software for these purposes and 4 GB of RAM will serve new owner well.

Many readers will probably not agree with me and Apple’s position on this issue, but it’s more a matter of habit. Allegedly, the tablet is just a toy that in no way can replace a computer. But the engineers from Cupertino will in fact prove the opposite. iPad Pro is endowed with all the advantages of personal computers, and in many respects even surpasses them. This device is future-proofed. Further, with the advent of new technologies, “Proshka” will be improved and will erase all existing prejudices about its insolvency. Judge for yourself, as there are many scenarios in which an iPad Pro would be preferable computers. One of those — power in a compact package, and the rest will follow.