On mobile devices has long existed a great variety of platformers. Many of them are very interesting, but almost all of them require the player to free both hands, to stay back and allocate a certain time. 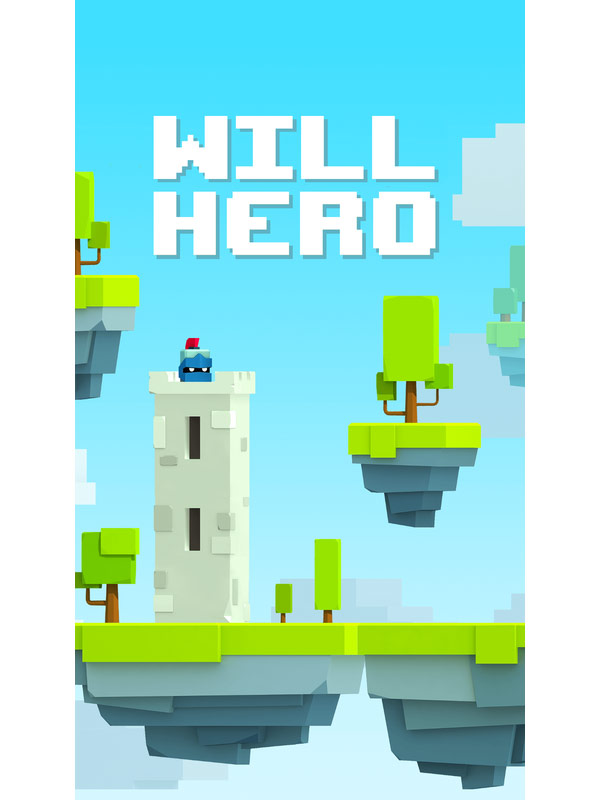 But in everyday life we are often faced with situations where only one free hand, receives only one or two free minutes and want something interesting to occupy the time.

It is in these situations reveals the power of the Will Hero. It’s a full platformer in which you can play only with one finger, and the device to hold both vertically and horizontally. 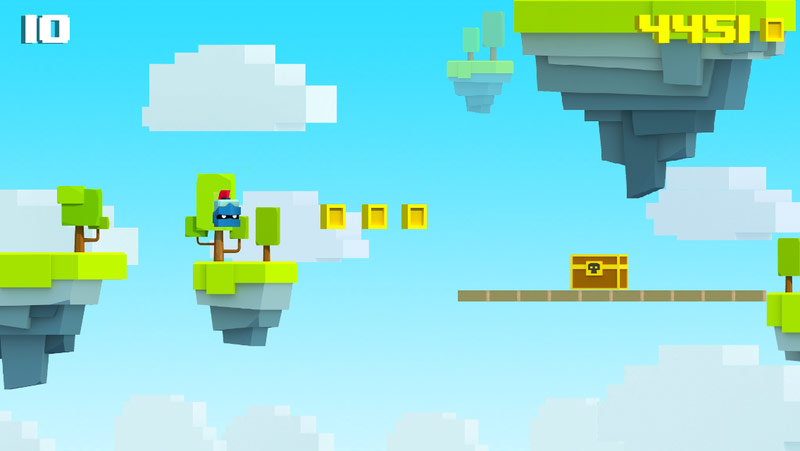 The anatomy of the protagonist of William, as, indeed, all its inhabitants, are simplified to a cube with eyes, armor and weapons. In a state of “rest” he is always impatiently jumping in place, and when you touch the screen makes a rapid breakthrough.

Making the leap, you can move forward to cross bottomless pits, avoid traps, evade monsters and inflict crushing blows with a weapon, which clogged numerous chests on your way. 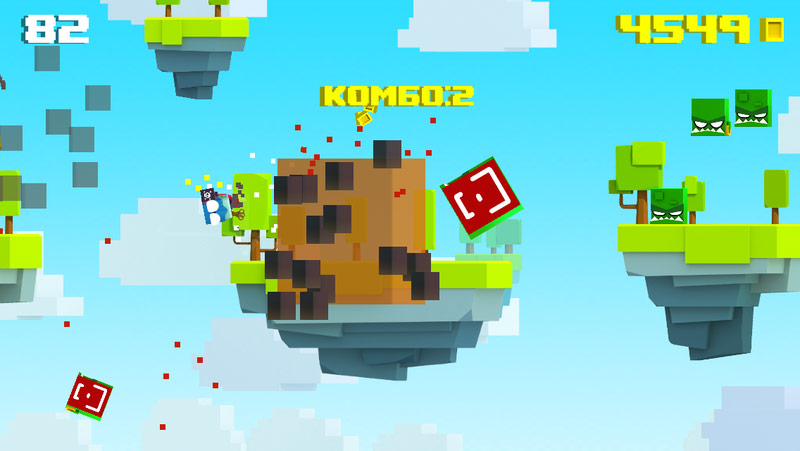 Among the weapons is a sword, throwing knives, throwing axes and bombs. Each has unique characteristics and mechanics of the action.
For example, when the character is armed with a sword, he cuts the orcs, passing through them during the dash. Throwing knives and axes flying forward after breakthrough, but the bombs are glued to the monster if you bump into it or jump on top.

All these misfortunes had fallen on the orcs because of the obvious mistakes – they kidnapped the Princess of the hero, where all the adventures begin. Armed with a sword, William, slices the green scoff like a samurai sword and watermelons. The only vulnerability William are shots from above: if to be crushed by the Orc, will have to start a new round. 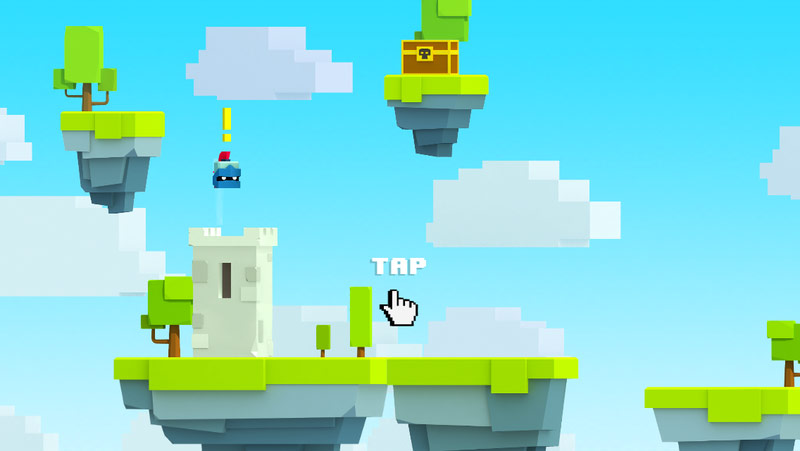 Exterminating the orcs and loot chests, our hero collects gold that can be spent on the construction of the tower or on the roulette game where you can win a new armor.

A armor will surprise you with unexpected properties. For example, the vestment of the magician allows you to turn orcs into sheep, complete with armour “tower” is its small defender, who jumps on top and throws in the orcish stones, which, however, not harm them, but it looks very funny. 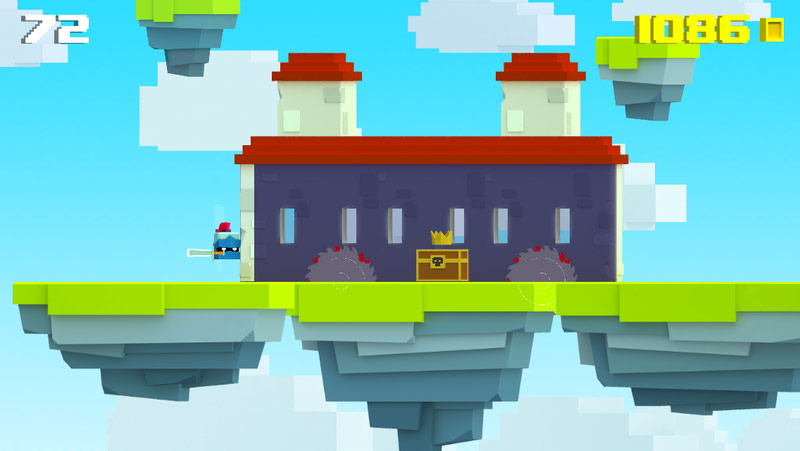 The construction of the tower more interesting and unusual mechanism. With each new floor of the tower, our hero, standing on top of it, can see farther. Increase the viewing distance allows him to see far away new places, unusual Islands with gold, mini-bosses, unique obstacles. Once the island was first discovered, he may occasionally come your way during the adventure.

Also quite remarkable graphics and the game world. All the action takes place on Islands that float among the clouds in the blue sky. The picture is bright and juicy, and all the game objects look like plastic toys that I really want to touch it.

The game is free and does not contain any annoying push ads. Thus if you wish you can watch a video to obtain gold coins or purchase the armor for real money.

Will Hero is a very unusual, high-quality and fascinating game in which you’ll be happy to play at home on the couch, in the subway, in the Elevator, or in line store.

Download Will Hero on iPhone, iPad and Android devices.