24 August 1995, Microsoft has officially introduced Windows 95. However, even after twenty-two years she still finds herself in the world of the blockchain and neural networks. 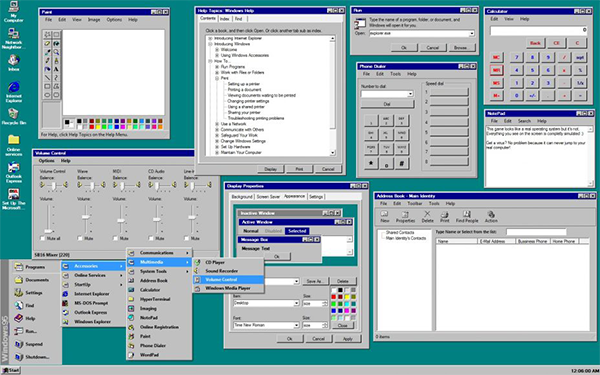 In honor of the anniversary TheNextWeb published a previously unknown statistics of the OS. For example, Microsoft paid The Rolling Stones $ 3 million for the right to use the song “Start Me Up” in the advertising campaign of the new operating system. But the really amazing fact is that in 2017 Windows 95 installed on 75% of all computers of the Pentagon. And this is when the US military budget is 600 billion $ as of 2015-th year. But all except the seven that are not connected to the Internet and to the internal network, the decisive factor is the compatibility, not the security of the connections.

Software never dies, it is out of sight, as evidenced by the statistics of visits to Stack Overflow and Quora where this OS is still installed for some users. Not all now remember the gray box with the bright blue highlighting and the original Paint, the others are younger than the OS. But at the time Windows 95 was truly revolutionary:

Let’s hope that 20 years later, Windows 10 will not be the occupant of the offices of the Pentagon, and will be systematically developed in a convenient, stable and secure OS.