Wireless charger Lift can not only charge your “smart” watch Apple without wires, but to hold them in the air. 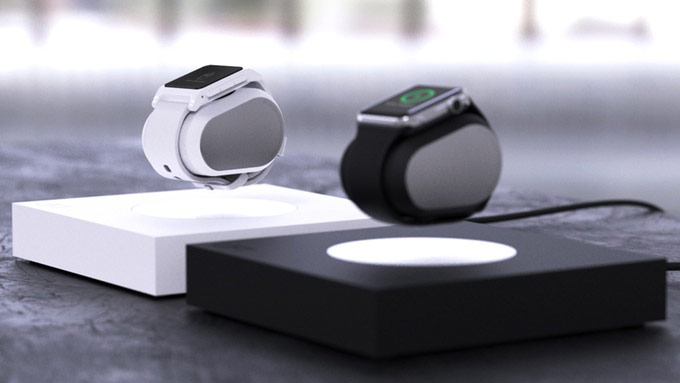 Based on the Lift – compact magnetic docking station. The charger is also equipped with magnets. After the user wears the Apple Watch on the charging unit, the gadget literally hangs over the surface of the pedestal.

During charging, the Apple Watch is not just hanging in the air, and slowly rotate. Stop the rotation when charging is complete would be a good indicator that the battery of the wearable computer is fully charged, but while such possibility is not provided.

The new product combines the dock and an Autonomous power source. Inside Lift is a rechargeable Li-ion battery, allowing double fully charge the Apple Watch without an external source of power. Doc is not only compatible with your Apple device, but smart clock Pebble.

The Lift cost is about $ 150 depending on model and how early the user will support the project. Complete with accessory is a levitating light bulb that can be used at a time when not charging other devices. The beginning of deliveries of novelties is expected in October 2016.