Xiaomi is not going to slow down, and will soon introduce another simplified version of its flagship Mi 8, which is also similar to the iPhone X. the Pictures of the new products appeared in the Chinese social network Weibo. 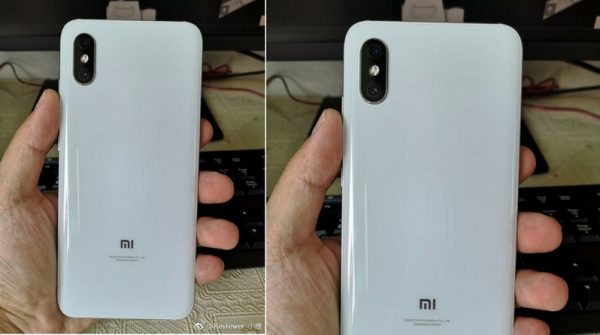 The back of the phone is similar to Xiaomi Mi 8 and iPhone X. in Addition to white, he most likely will still be available in blue coloring. On the front is probably cut, as other smartphones from Xiaomi flagship line.

Presumably, the photo shows Xiaomi Mi 8X. He will get a built-in screen fingerprint scanner and a Snapdragon processor 710.

That develops Xiaomi Mi 8X became known thanks to the XDA Developers website. It was claimed that the company will release two smartphones on the Snapdragon processor 710. They got code names “Sirius” and “Comet”. “Sirius” is the Xiaomi Mi 8 SE — it was presented together with the flagship Xiaomi Mi 8. “Comet” is a Xiaomi Mi 8X.

Xiaomi Mi 8 SE Mi 8X is characterized by having a screen with an integrated fingerprint scanner. From Xiaomi is one smartphone with this technology — Mi 8 Explorer Edition.