This week Xiaomi has introduced a “long-playing” smartphone Mi Max 2. A device with a large screen, a good processor and impressive battery. According to the manufacturer, the battery is sufficient for continuous operation for 18 hours when watching videos, 21 hours when Internet surfing, 9 hours gaming, up to 57 hours of phone conversations or 10 days of music playback. 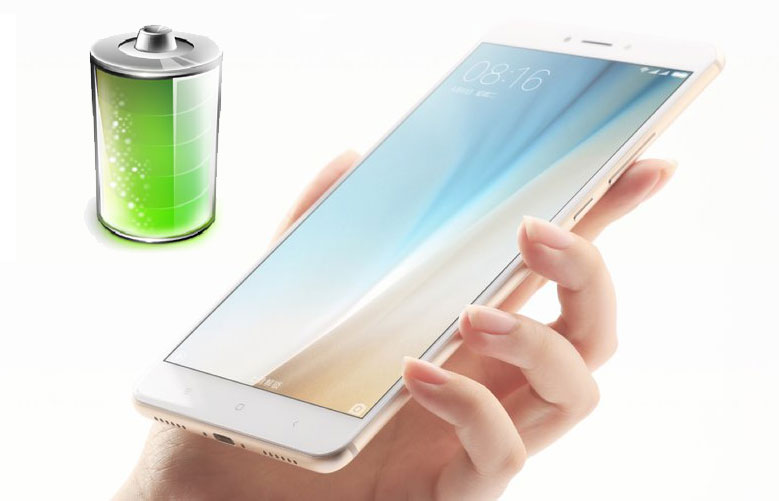 Xiaomi Mi 2 Max is based on an 8-core processor Qualcomm Snapdragon 625 (ARM Cortex A53, 64-bit ARMv8 architecture) graphics subsystem Adreno 506. The device is clad in a metal housing and equipped with a screen diagonal of 6.44 inches. The novelty is represented with 4 GB of RAM and 64 GB or 128 GB of flash memory. Available in 12-megapixel camera with sensor Sony IMX386 and 5-megapixel front module, stereo speakers and a fingerprint scanner. 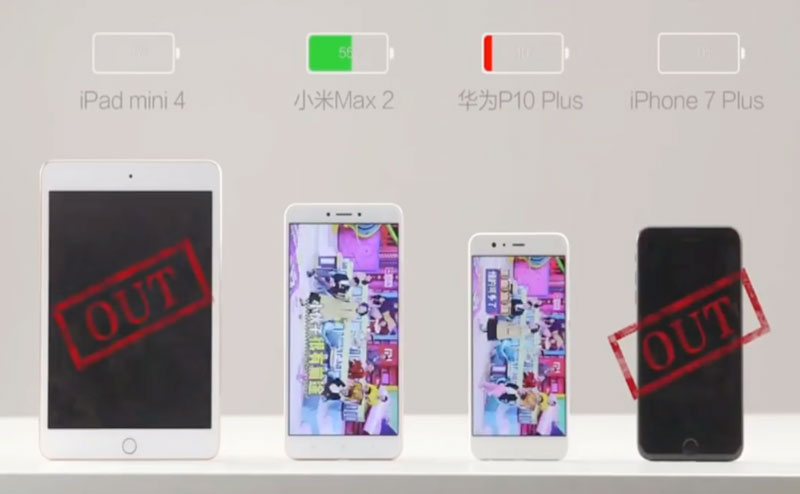 Xiaomi calls the battery capacity of 5300 mAh – the main advantage of the smartphone. According to the company, it will allow the device run for two days without charging. Chinese enthusiasts decided to compare the autonomy of Mi Max 2 with the autonomy of the iPhone 7 Plus Huawei P10 Plus and iPad mini 4. The result was quite unexpected.

The iPhone 7 Plus is installed battery capacity of 2900 mAh. Based on previous test results, it is the most Autonomous of the Apple smartphone. In the Chinese flagship Huawei Plus P10 battery is used, 3 to 750 mAh, the iPad mini 4 at 5 124 mAh.

On all four devices launched sample test: one hour NBA game 2017, session-1 hour, one hour of shooting video with a resolution of Full HD and one hour of video playback from the Internet. First, surprisingly, is dead iPad mini 4, then ordered to live long, iPhone 7 Plus, and the third was Huawei P10 Plus. When all three phones are completely dead battery Xiaomi Mi Max 2 showed 50% charge.