The navigation application of “Yandex” learned to deal with disruption of GPS in the area of the Moscow Kremlin at the expense of the auto-correction sudden changes of the position coordinates. This was stated by the head of the geoservices company Roman Chernin. 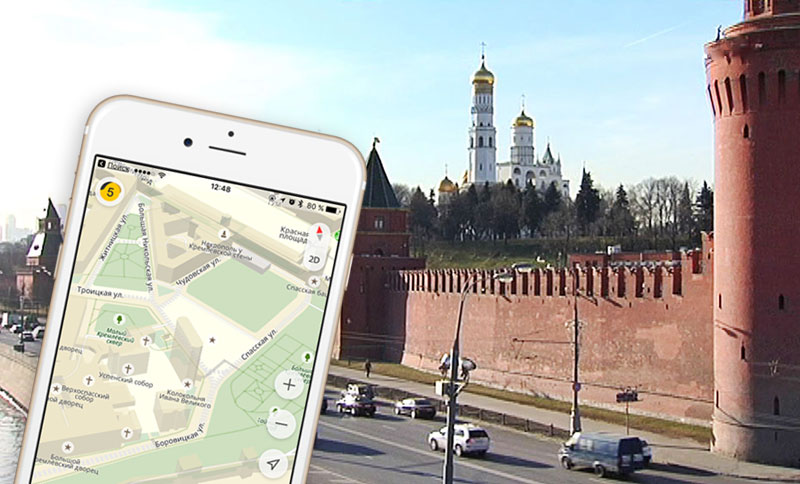 The Application “Yandex.Maps” and “Yandex.Navigator” will track abrupt changes in GPS position and return the user to the starting point on the map, said the company. Chernin noted that most people using a GPS device in the center of Moscow, be at the airports “Vnukovo”, “Sheremetyevo” or “Zhukovsky”.

Complaints of distortion of the signals smartphones of GPS-navigators in the Kremlin and not far from him appeared in the summer. Then the users wrote that in the territories adjacent to the Kremlin, their phones determine the location wrong. Instead, the center of the device showed that the subscribers are located 30 km from the centre of the capital airport “Vnukovo”. Because of this, users have reported problems with the taxi, use of car navigation and recording data on fitness trackers.

Blogger Ilya Varlamov was the first to suggest that the source of the problem is in the Kremlin and is designed to prevent penetration of the drones. Most UAVs enclosing a ban on takeoff in the vicinity of airports, he explained. Recently, the employee of “Yandex” Gregory bakunow conducted its own analysis of the situation using several different GPS and GLONASS receivers as well as frequency analyzer and found – in the Kremlin has a special hardware-software complex, which simulates the operation of satellite navigation systems. 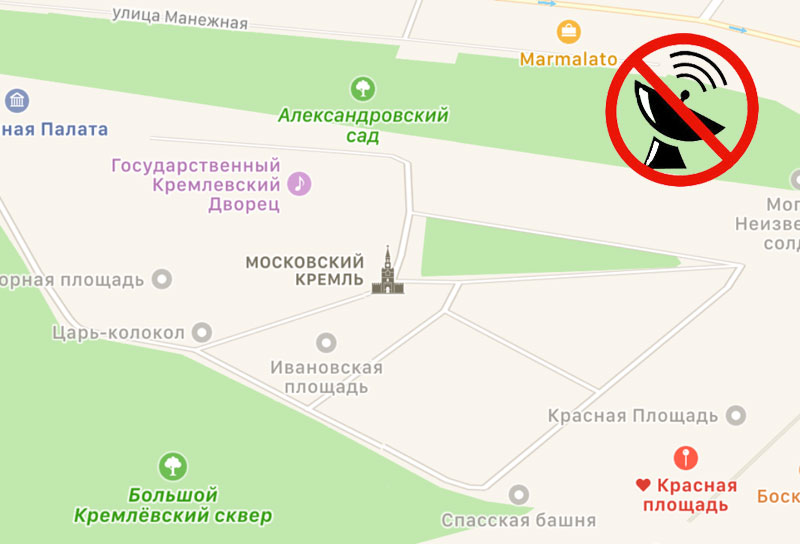 According to interlocutors of the edition, we are talking about one of the electronic warfare systems developed under the auspices of the Ministry of defense. It is designed to protect important objects. Later the problem was confirmed by press Secretary of the President of Russia Dmitry Peskov. However, he could not identify the cause of the failure and referred the issue to the FSO and the Ministry of communications.

At the end of October “Yandex.Taxi” to correct this error, has launched a special algorithm when calculating the cost does not account for sharp jumps between points on the route. Representatives of other taxi services — Gett and Uber — advised in such situations to contact the support service to recalculate the cost of the trip.