“Yandex.Money” has integrated its app with the brand Apple messenger on iPhone and iPad. To transfer funds, sufficient to open the app in iMessage, specify the amount and click send. 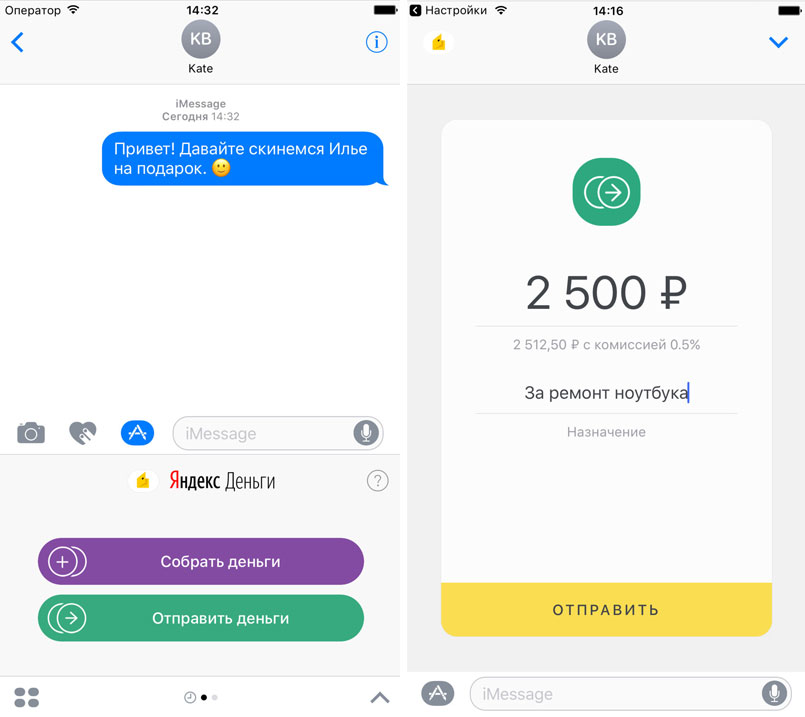 From October 6, users “Yandex.Money” can translate each other money via iMessage. You can use the service on mobile devices running iOS 10. According to statistics, the company among users of “Yandex.Money” today, 35% use iOS.

To transfer funds, you need to open “a Yandex.Money” in messenger, specify the amount and send it. With this function, you can also arrange collection of funds in a group chat. The user, the translator of the money will also receive a push notification from the app that the payment has gone through. For transactions via iMessage charged a standard Commission of 0.5% of the transfer amount, noted in a press-service “Yandex”. 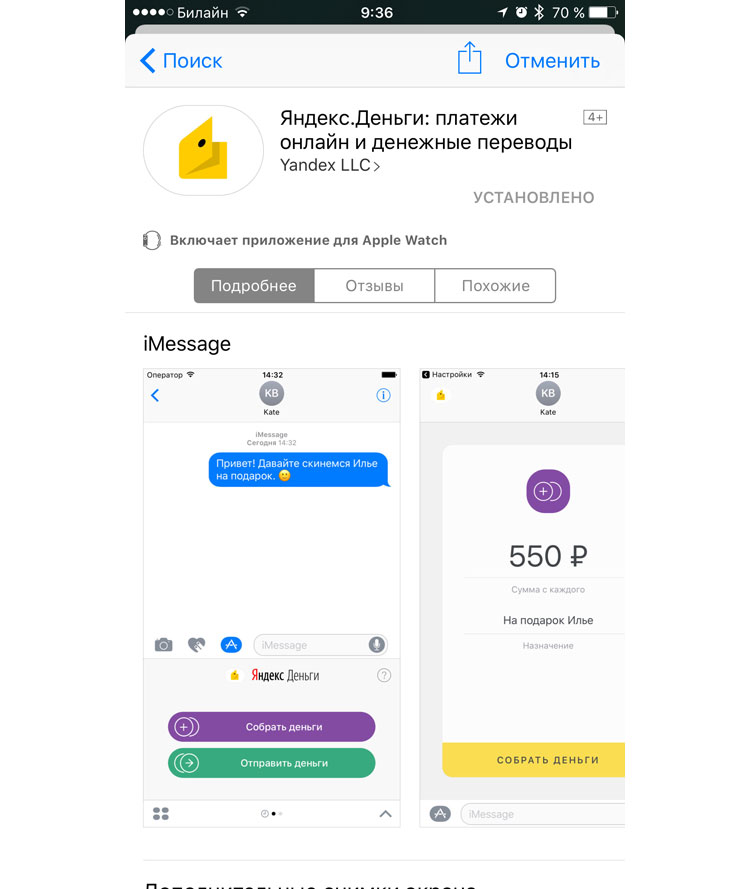 Apple filed a patent for a system of remittances in iMessage in December 2015, shows the document on the official website of the U.S. patent and trademark office (USPTO). In the summer of 2016, the company announced the ability to create apps for iMessage third-party developers. After that, several companies expressed readiness to develop a payment service for iMessage. The most popular games were N26 and Circle.

In Russia one of the first who accepted the offer of Apple, was “Yandex”.