Yandex.The Navigator spoke with the voice of Optimus Prime from “Transformers” [video]

Yandex has added to the application Navigator, the voice of Optimus Prime — leader of Autobots from “Transformers”. Now drivers can get around by following his commands. A new voice added to the output of the blockbuster “transformers: the Last knight,” which will appear on the screens on June 22. As in the movie, the app Optimus voiced by Russian actor Andrey Yaroslavtsev. He wrote about 140 words and phrases, with which the Navigator helps the driver focus on the road. “The purpose indicated. Drove?” — I’ll tell Optimus Prime, and when the application will build the route.

Some of the standard phrases have been modified to create the illusion of communicating with Optimus Prime. For example, about repairs he warns the phrase “Megatron again dug up the road,” and about the cameras — “in Front of the camera of the Decepticons”. The atmosphere of the film helps to create the Autobot Bumblebee, which shows the route on the screen. 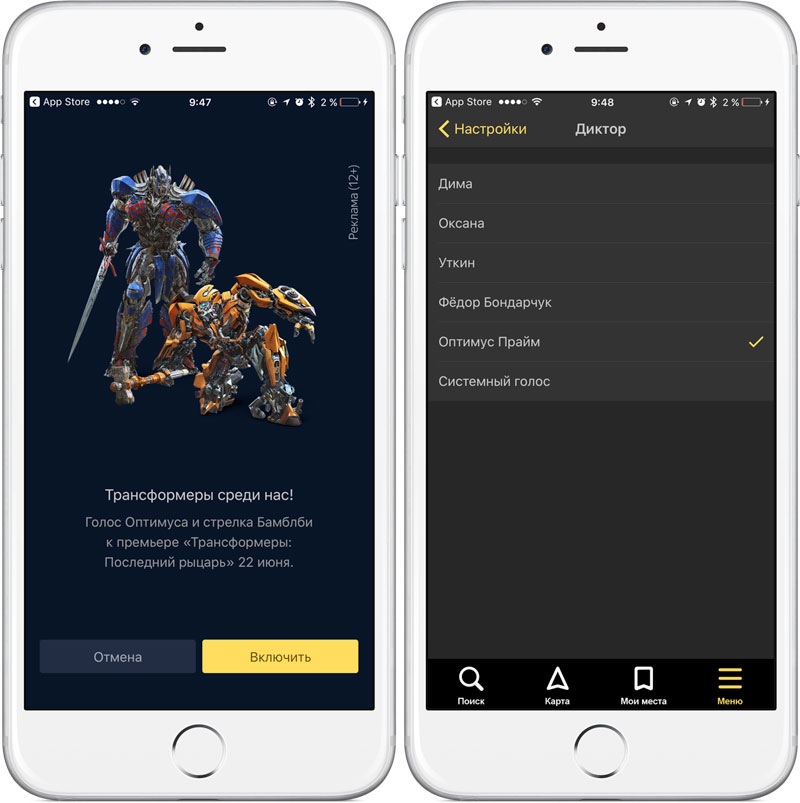 Initially, the application had two options voice guidance: many users are already familiar voices of Oksana and Dmitry. Last year, the Navigator, appeared the voice of a sports commentator Vasily Utkin.

New languages already added to the app for iOS and Android. John Madden’s voice, you can choose if the sound settings installed Russian language. This version of the voice pack will be available for a limited time. So those who want to travel under the voice of Optimus Prime, it’s time to switch.

Download the new version Yandex.Navigator for iPhone and iPad is available for free at this link.