The day of the start of sales in Russia smartphone iPhone 7 Russian rival Apple’s flagship YotaPhone 2 with two screens, one of which is made by e-ink technology and is always on, fell sharply. At the moment the device can be purchased at the price twice lower than the previous value. 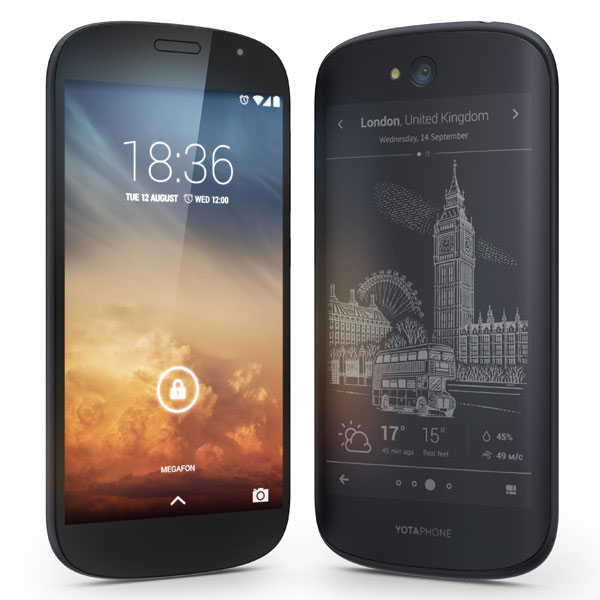 The cost YotaPhone 2 in a black case fell from 19 to 9 990 000 rubles. The new price stated on the website of the online store when you use TinyDeal coupon. As noted by the representatives of the company, it shall apply until 30 September and fair for the online sales channel. As for the version of the device in a white body, it was removed from sales.

The announcement of the YotaPhone 2 took place at the exhibition MWC 2014 in Barcelona. Feature of the device lies in the presence of the second display. It is located on the rear panel, made on technology e-ink and always displays the information.

YotaPhone 2 is equipped with a 4-core Snapdragon processor 800 2.2 GHz, a primary camera of 8 megapixels, front-2.1 megapixel, the battery of 2500 mAh battery, supports LTE. Resolution front screen is 1920 x 1080 pixels, rear, made by technology e-ink is 960 x 540 pixels. In selling the device with a preinstalled version of Android 4.4 KitKat. There is the possibility of upgrading to Android 5.0 Lollipop. 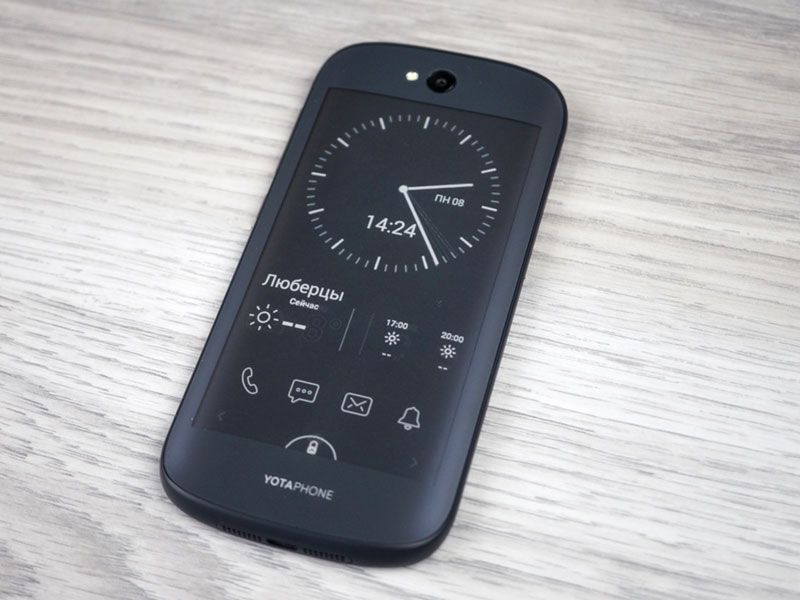 In YotaPhone 2 diagonal main display is 5 inch and 4.7 inch. The first-generation smartphone the size of both screens is 4.3 inches. Important innovations in the model of the second generation should be attributed to the fact that the additional screen is touch.

YotaPhone 2 is available for order at this link. Coupon 141YOTA when entering the website from a smartphone or via a mobile app allows you to buy a “Russian iPhone” for 9000 rubles.