Apple: the new iPad Pro will easily replace your laptop

Apple has released two promo videos in the new ad campaign for the iPad Pro. In the commercials, intended for broadcast on television, demonstrate the advantages of tablet computers running iOS. 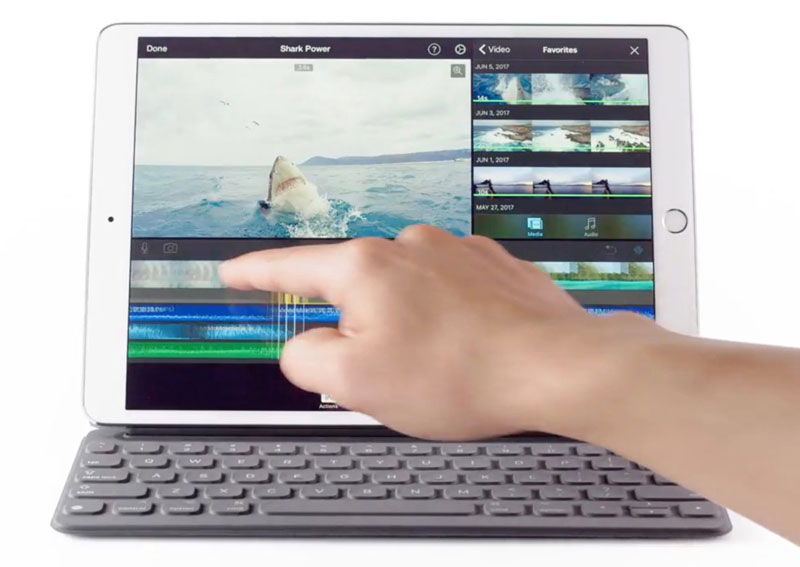 The goal of Apple is to show that the iPad Pro boasts high performance and versatility in solving complex problems and comprehensive connectivity. The company wants users perceive the tablet as a huge smartphone, but as something closer to a PC.

The message of the video “brand new computer” is pretty clear: laptops are fading, and they replaced the iPad. The A10X Fusion processor with 64-bit architecture provides higher performance than many portable computers on the market. iPad Pro allows you to type on the keyboard, but also to abandon it in favor of a touch input or to perform handwriting input using the Apple Pencil.

Apple drew attention to the fact that Apple Pencil works on iPad Pro “zero delay”. This is an important aspect when working with a digital stylus.

Compared to best-in-class A9X processor with new 6-core processor runs 30% faster and 12-core graphics processor, 40% faster. the iPad Pro is not only suitable for YouTube viewing, web surfing or gaming but also for content creation: the device is a great tool for shooting, editing and sharing of photos and videos of professional quality.