Battle of the cameras: iPhone 7 vs Samsung Galaxy S7 [video]

The question of “what smartphone is best to remove” have long since ceased to be idle. The answer “all equally bad” is no good, for example. This option was one of the most important when choosing a new device – especially for the flagship, carrying on Board the latest industry developments. For potential buyers of the flagship models of the iPhone 7 and Samsung Galaxy S7 question the quality of the shot can be decisive when choosing new items. 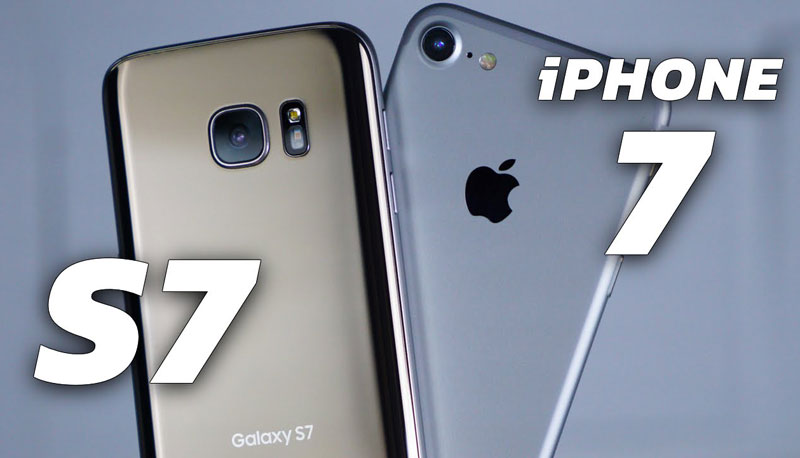 This year, Apple seriously reworked camera smartphones. iPhone 7 got a 12-megapixel rear module with an extended colour range and a new 6-cell faster lens (aperture of f/1.8) and for the first time in the 4.7-inch iPhone optical stabilisation system. iPhone 7 Plus in addition to these innovations is different to the dual system of cameras: 12-megapixel wide angle and in the same 12-megapixel sensor with a longer lens, thereby providing an optical zoom and a mode of portraiture. Front camera iPhone 7 has a resolution of 7 megapixels. 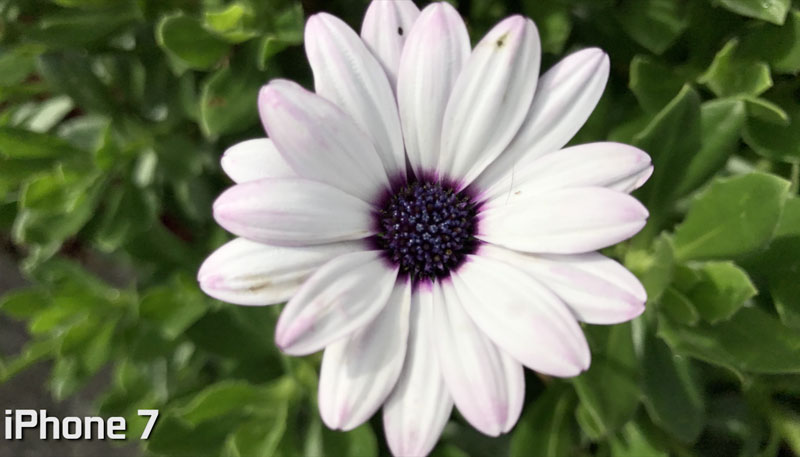 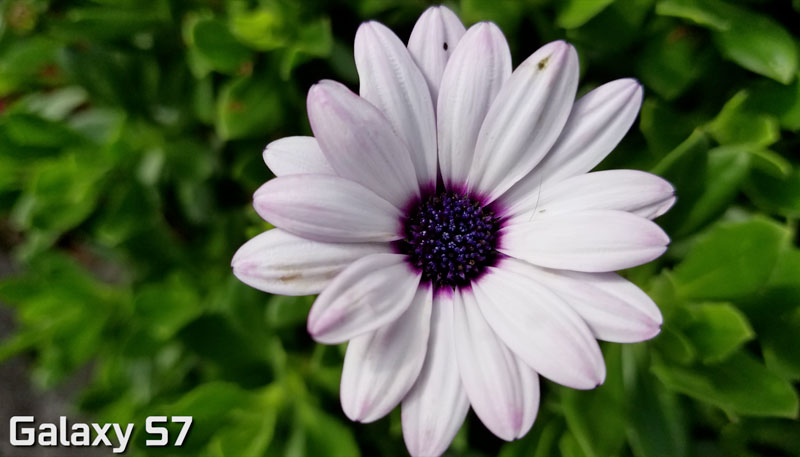 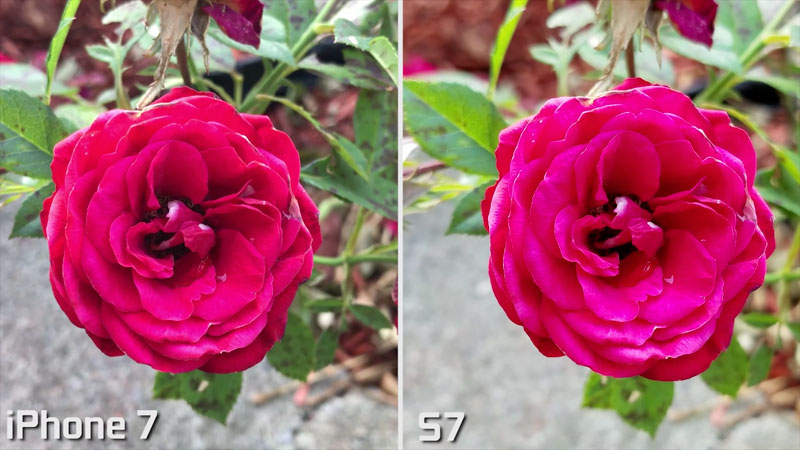 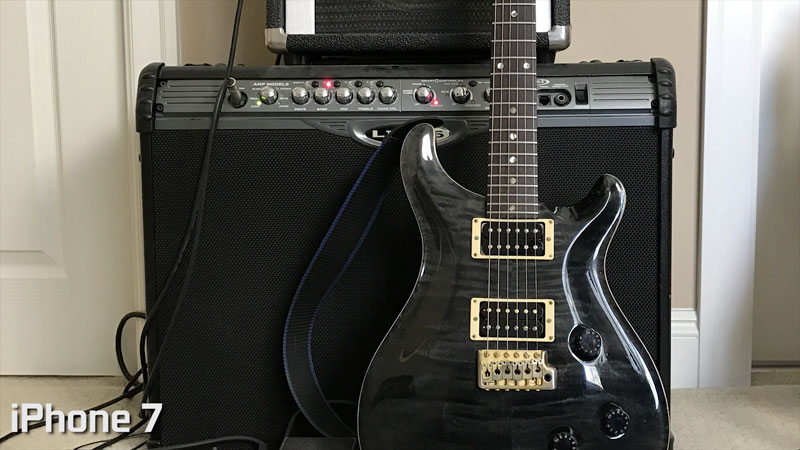 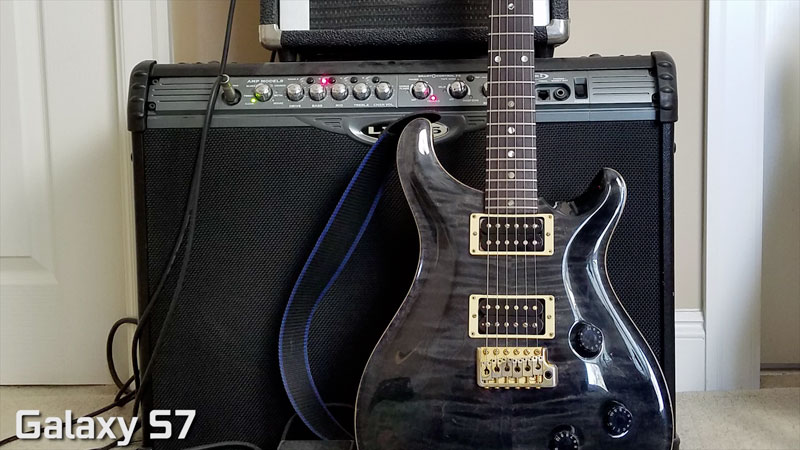 Camera smartphone Galaxy S7 also has a resolution of 12-megapixels. Compared to the predecessor element of the matrix became larger (56%), thanks to capturing more light and making it possible to shoot even in low-light conditions. The smartphone has a large aperture of f/1.7, and the camera supports a proprietary Dual Pixel. The smartphone 5-megapixel front camera. 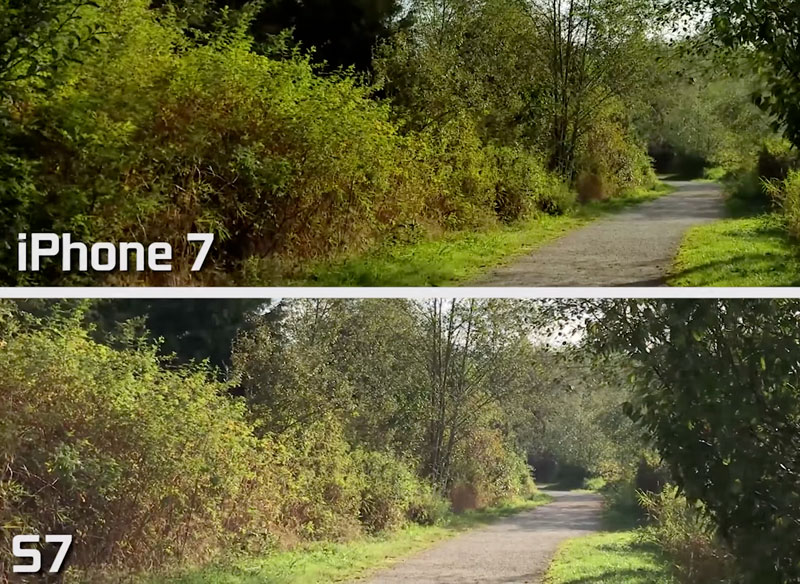 Commentators MW Technology conducted a visual comparison of the quality of the photos and videos taken on the iPhone 7 and Galaxy S7. In General, as noted by the author of the experiment, the device photographed approximately at the same level. However, in some scenes each unit shows its strengths and weaknesses. In particular, the South Korean flagship made more vivid picture in the room, but the colors were distorted in good lighting conditions. Camera iPhone 7 boasts better color reproduction of images and superb video in 4K.