13 Jun 2016 at WWDC Apple unveiled iOS 10 – the next major operating system update for iPhone, iPad and iPod touch. A new release of the software platform contains many new features and differs from its predecessor not only functionality, but also a number of innovations on the user interface level. 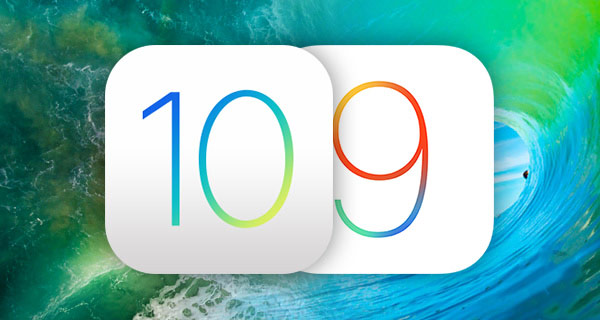 The tenth edition of the operating system for the iPhone and iPad should be out a year after the release of iOS 9 this fall. However, until that time, users of “nine” can reproduce the functionality of the new system without having to install it. You can just use several third-party applications. About them will be discussed in this article.

Download final version of iOS 10 will be available in September after testing is complete. Those who are not ready to risk your iPhone, iPad and Mac, installing an early build of the OS, you can decorate your gadget a proprietary desktop Wallpaper. The images in their original resolution are available for download at this link. 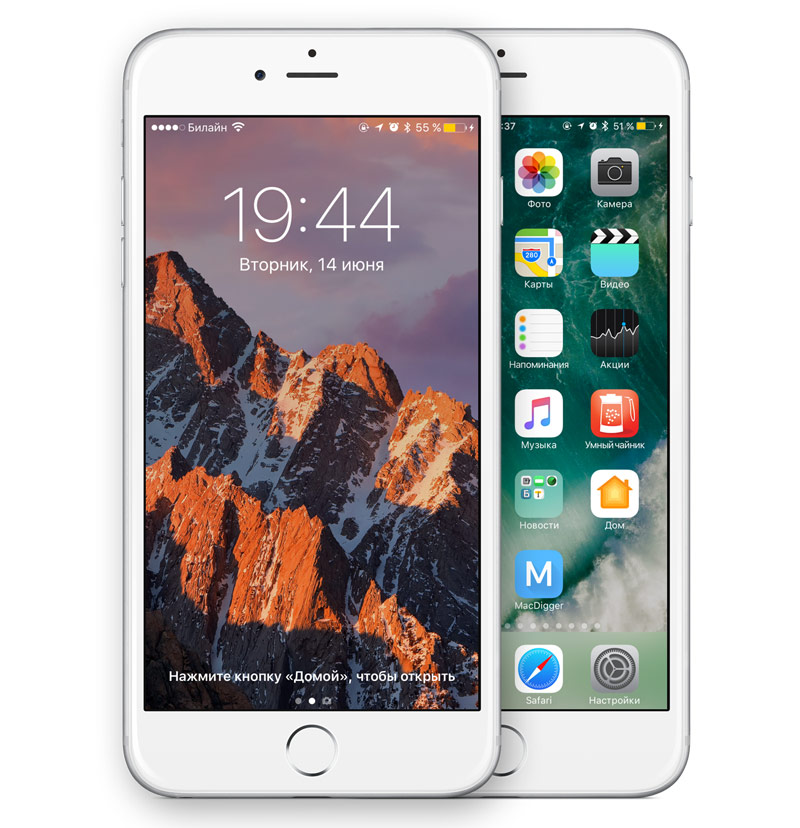 The app “Time to go”

IOS 10 in the default Clock app has a new feature “Time to go”. With its help, users are able to adjust your sleep, starting to go to bed and Wake up at the same time, which is extremely important for health. To get the same functionality right now using the Sleep Cycle app. 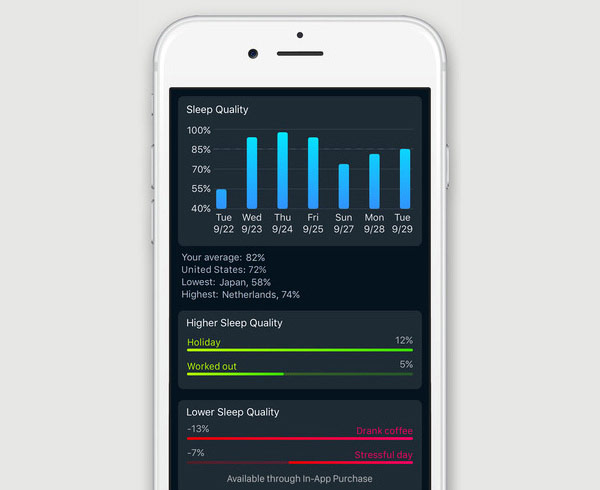 “Ten” automatically displays the iPhone from sleep mode when the user takes the device in hand. It is more convenient to view all the information directly from the lock screen. A similar feature is available on iOS devices in the form of the tweak FaceOff, thanks to which the device “goes to sleep”, if you put it on the table, and “wakes up” when the user raises the gadget. 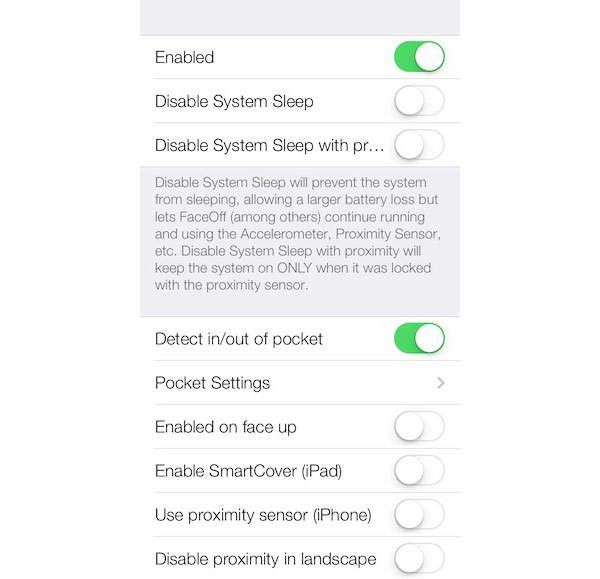 In iOS 10 with a new application “Home”. As conceived by Apple, is an easy way of configuring, managing, and monitoring devices smart home from a single interface. App with similar functionality is available in the App Store, called Home. With the help of the devices can be controlled individually or combined in groups to configure all devices with one script. The app allows you to manage devices remotely or to enable the automatic change of settings depending on the time of day, location and actions. 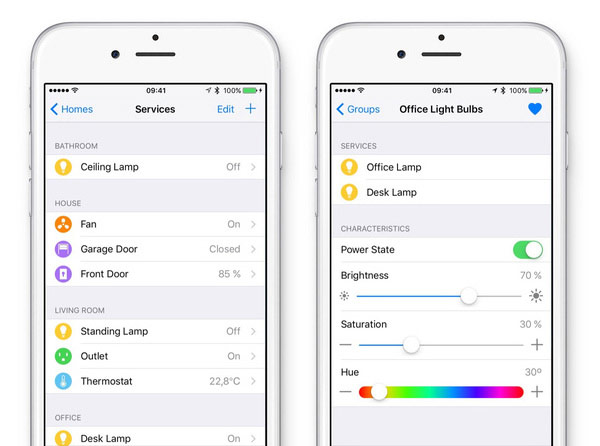 Widgets on the lock screen

In iOS 10 appeared first on widgets on the lock screen. The idea is not new and in so many platforms, iOS 9 to obtain similar functionality using unofficial applications. In particular, it offers a tweak called DopeLock. The cost of the program in Cydia is $0.99. 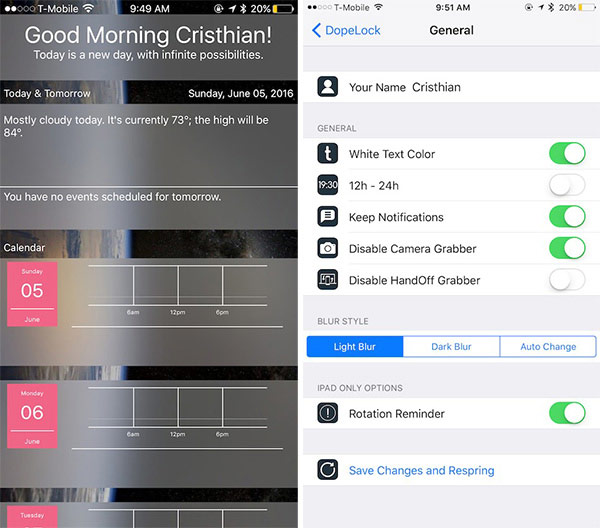 A technology called Universal Clipboard in iOS 10 allows you to use the clipboard on all Apple devices through iCloud. The user can easily copy and paste text, images, photos and videos from your iPhone, iPad, or Mac to another. At the moment, this functionality offers app PushBullet. 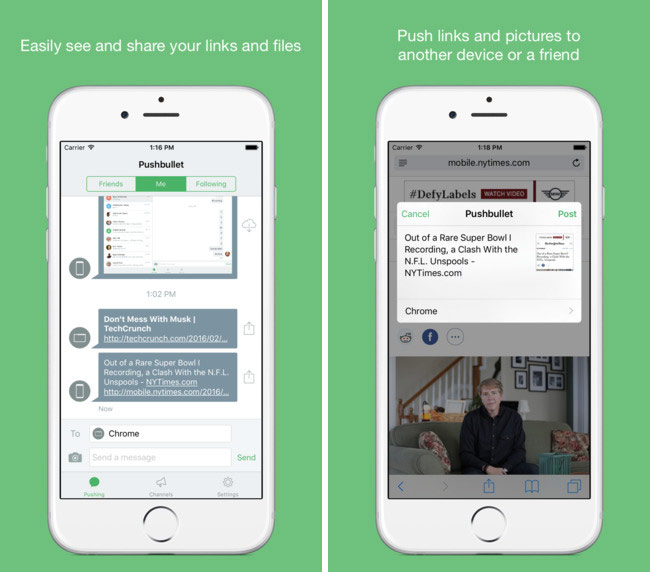 Memories and recognition of people/objects in photos,

Photos in iOS 10 will help to relive the most important and forgotten moments, saved in photo collections, automatically displaying them in the mode of Memories. Feature scans all your photos and videos, favorite finds or long-term events and trips or your friends and displays them in a beautifully designed collection. Mode Memory is a function of Memory Movie, which automatically creates a movie with music, titles and transitions from frame to frame in the style of the film. Earlier, a similar app for iOS devices offered by the company Google. 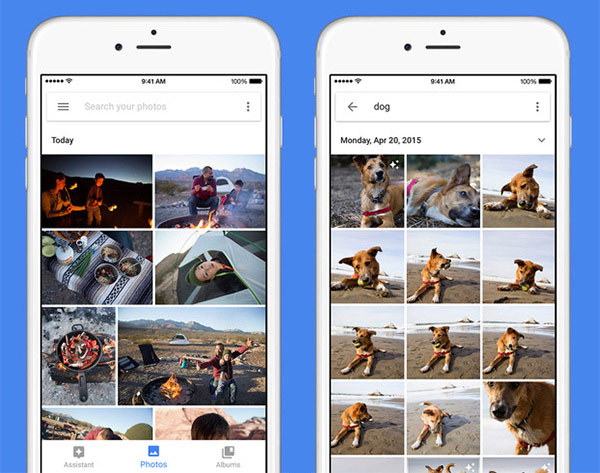 3D Touch in the control

IOS 10, Apple introduced support for 3D Touch in the control. To use the same function on devices with previous generation OS, you can use QuickCenter tweak.

Search cars in the Parking lot

Normal maps can solve the problem with the search of car, but it needs to fulfill the main condition: the user has to remember to open the program and put the label on the map. Apple maps in iOS 10, you can forget about this routine once and for all: the app automatically saves your location and allows you to easily find it on the map, without making any effort. At the moment a similar function have the Track Back. 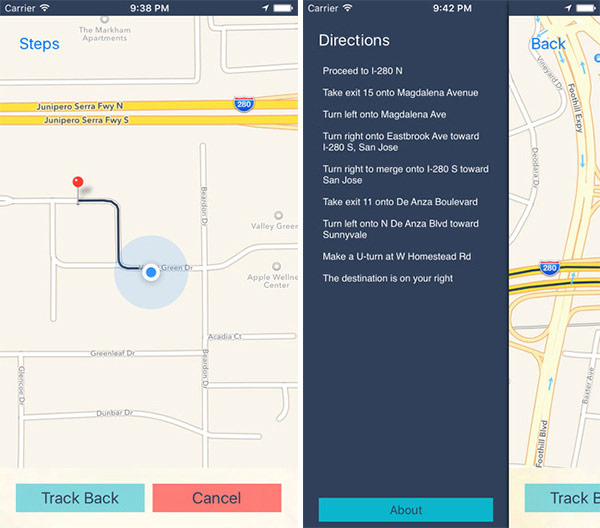 To clear the list of notifications with 3D Touch 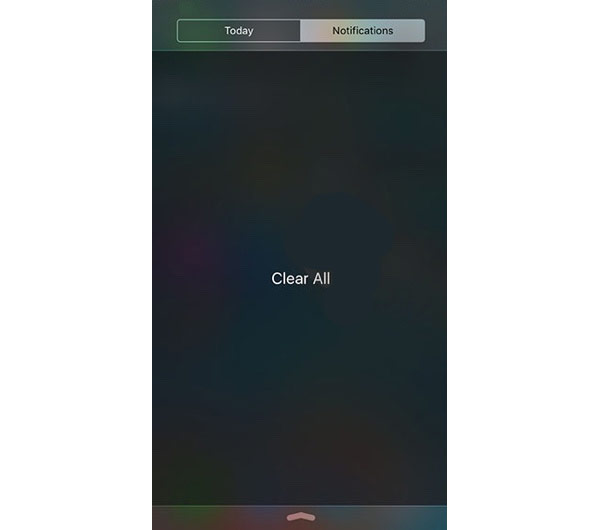 In the Messages app in iOS 9 you can disable read receipts for all chats. In the new version of OS this function works for each correspondence individually. To disable the message for individual chats in iOS 9 you can use SelectiveReading tweak worth the $0.99. 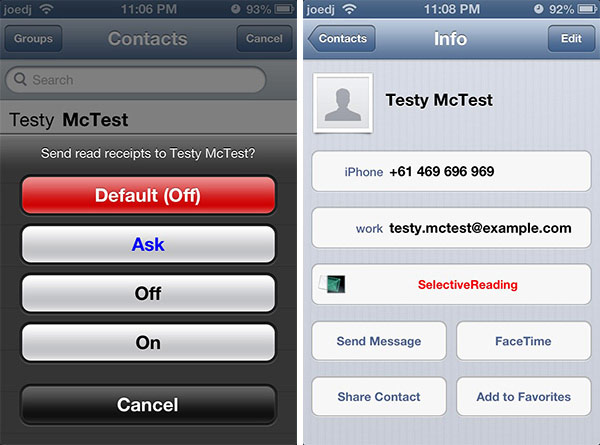 The colored switches in the control 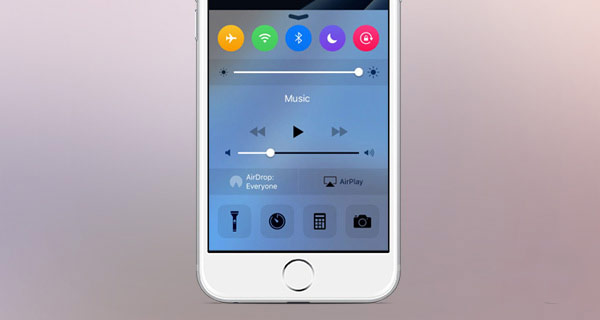 Widgets on the home screen for 3D Touch

iOS 10 gives you the opportunity to use a 3D Touch to view the weather without having to open the app itself. This idea is not new and has been implemented in the form of a jailbreak tweak called Shortcuts. With its help, you can find the weather forecast from your home screen tap iOS with little effort on the icon “Weather”. 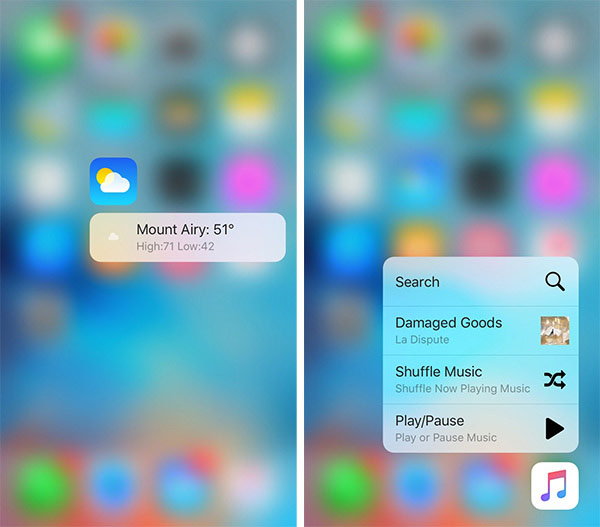 One of the main features of iOS 10 – interactive notifications. They output to the screen much more information. This innovation is reminiscent of notifications on Android, but with more rounded edges. IOS 9 to get the same functionality by setting the 3D Touch Notifications. The Apple interface is reminiscent of the jailbreak tweak. Although the functionality differs, the inspiration is “Apple” the company clearly drew in the jailbreak. 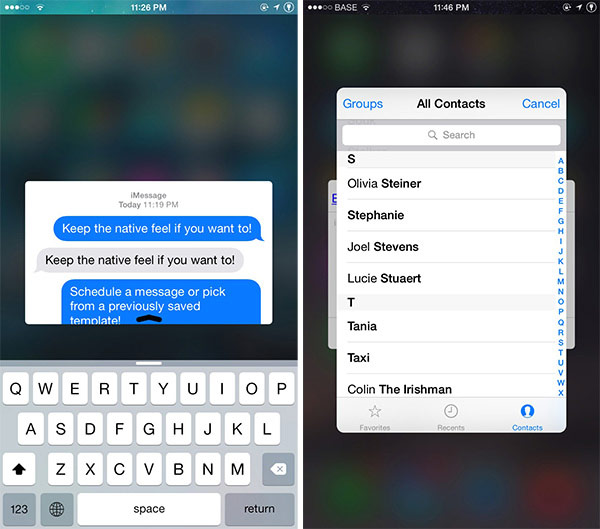 Handwriting and stickers in Messages

During the presentation, Apple paid much attention to the iMessage. In addition to the “animated and personalized features” in the application an opportunity to use stickers. Fans of this method of communication can use StickerMe tweak that allows you to send stickers from Facebook messenger, iMessage. In this case the recipient didn’t have to have an iPhone with jailbreak. Graffiti is another tweak that is no longer needed with the release of iOS 10. With its help, you can send an unlimited amount of message written by hand. 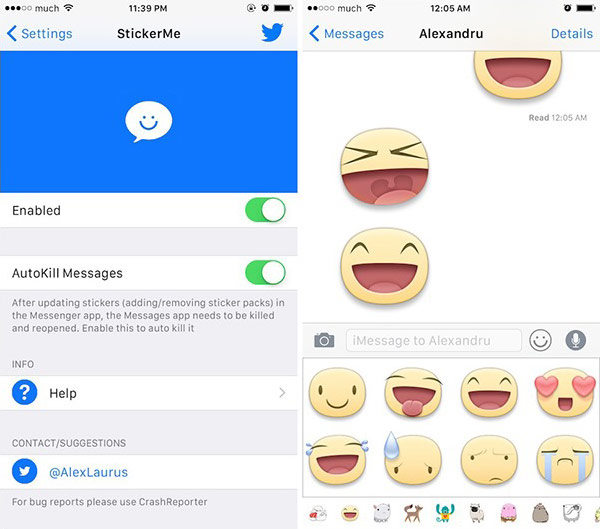 Rounded edges in the interface

Roundification popular with owners of jailbroken iOS devices due to the fact that added rounded edges to the control center, the notification Center and the notifications. This design was attractive to users, so Apple’s developers decided to use it in iOS 10. 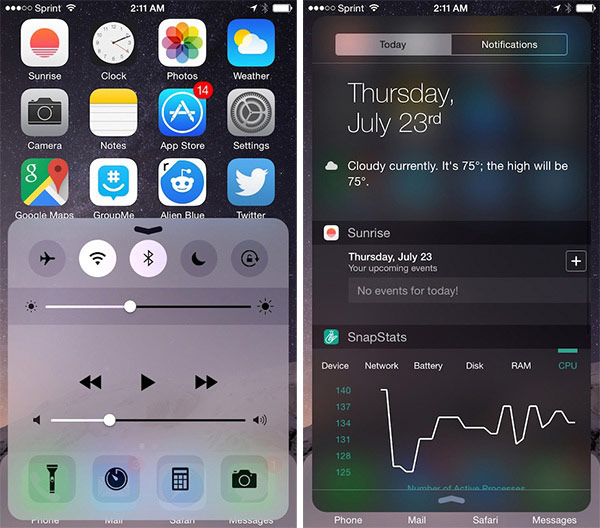 The ability to hide/remove the standard apps

Home screen iOS is filled with many built-in applications that are not always relevant to the user. Surely each of you wanted to remove, not hide in a folder the same “Tips” or “Shares”. The first tweaks to remove unnecessary software on iPhone and iPad appeared in Cydia a long time. One of them AppHide. The name of the program speaks for itself – this tweak hides unwanted stock iOS apps from your home screen. Apple actually took this feature, allowing to remove from the standard apps and their data, and if necessary to download content via the App Store 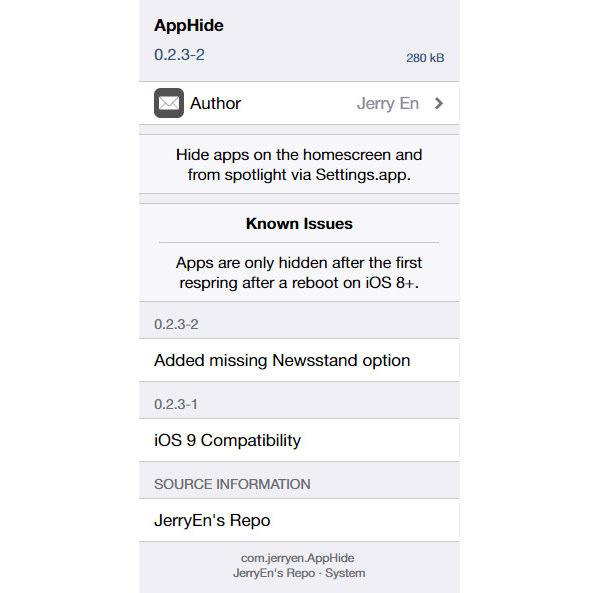 Want to make the world around you closer? It is sufficient to use the new function of iOS 10. Apple has built into the new OS the best magnifying glass in all applications. Magnification provides clear and quality picture. To get the same functionality on iOS 9, just download in the App Store free app Magnifier. 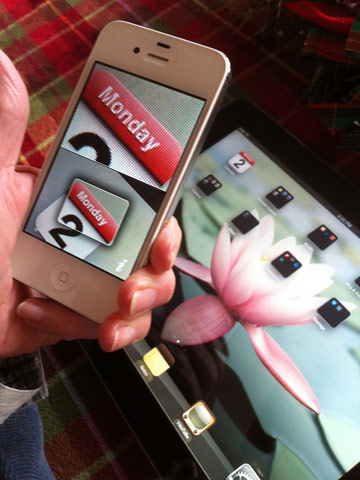