In Sweden created a helmet for Pokemon Go, which will free your hands and will protect the head while hunting for pokemon

The journalist and inventor from Sweden, Simon has developed a unique Herts thing for fans of the game Pokemon Go. It’s a helmet with mounts for a smartphone that the user freed up and not hurt your head in the difficult task of catching virtual monsters. 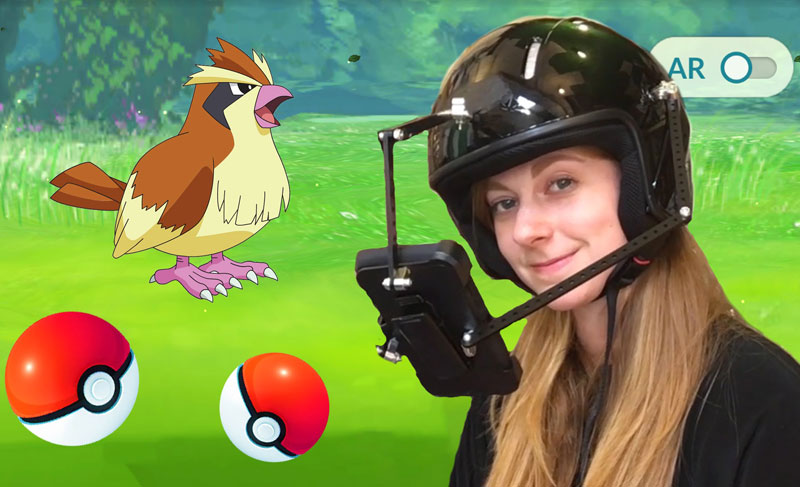 The helmet does not only protect against tragic consequences of a chance meeting with a pillar while hunting on pokemon, but also frees the user’s hands holding a smartphone on a special bracket. The latter allows you to change the position of the gadget definition.

According to Aerts, the invention will help to play Pokemon Go not only pedestrians, but also the owners of bikes and scooters.

Pokemon Go game with elements of augmented reality. The release of the application in a limited number of countries was held on 6 July. In Russia the official launch of the project has not yet been, but users have already found a way to download the game. The goal of Pokemon GO — search, catching and training a virtual pocket monsters, and battle with other players.