In Russia intensified the crooks who arrange to meet with the sellers of the iPhone and iPad, and then block the device, and then extort money for a password to unlock. As shown by messages in the Network, cases of such “divorce” is far from unique. This was told Resurs Nn, contacted the victim. 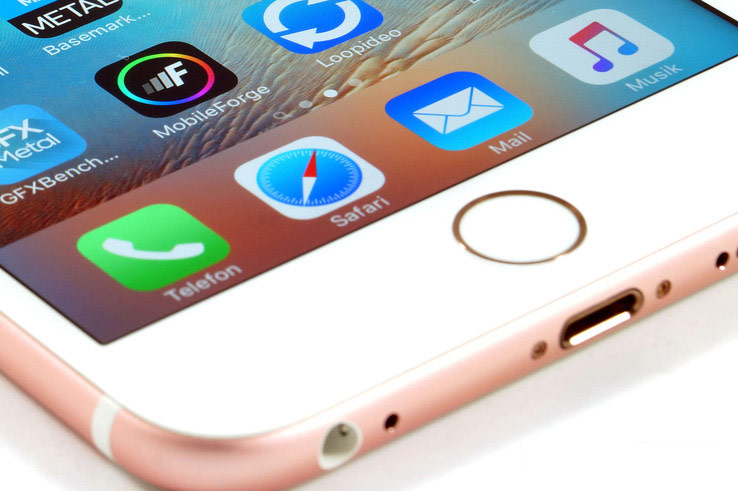 She placed an ad to sell the iPhone on its page on the social network. After the phone looked buyers, the girl received a message that it is locked. 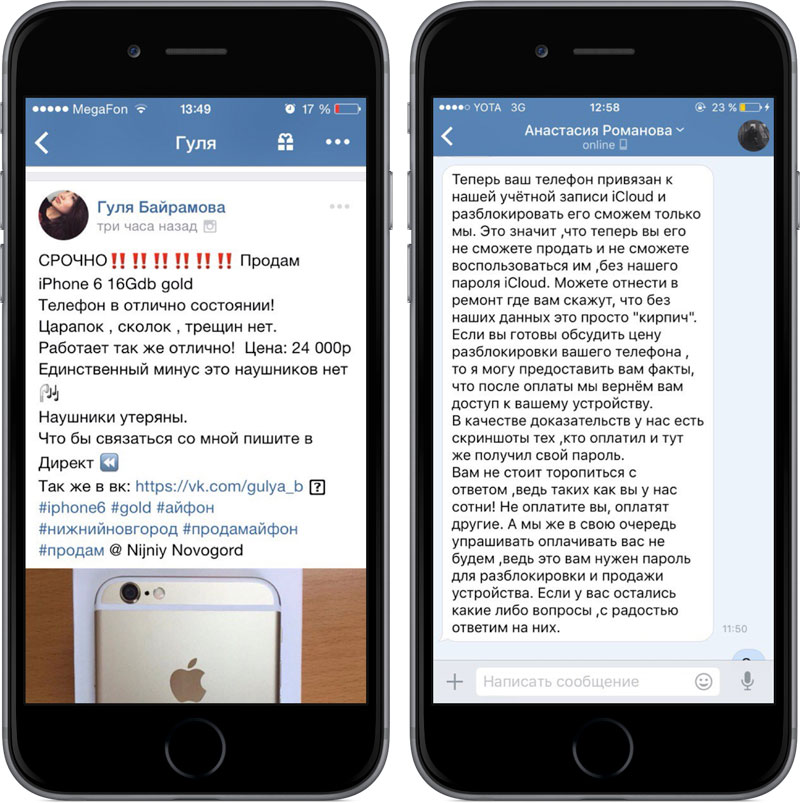 The scammers intimidate the owner because now her phone is turned into brick, which is impossible to unlock, and offered to discuss the amount of compensation for which they are willing to “help”. 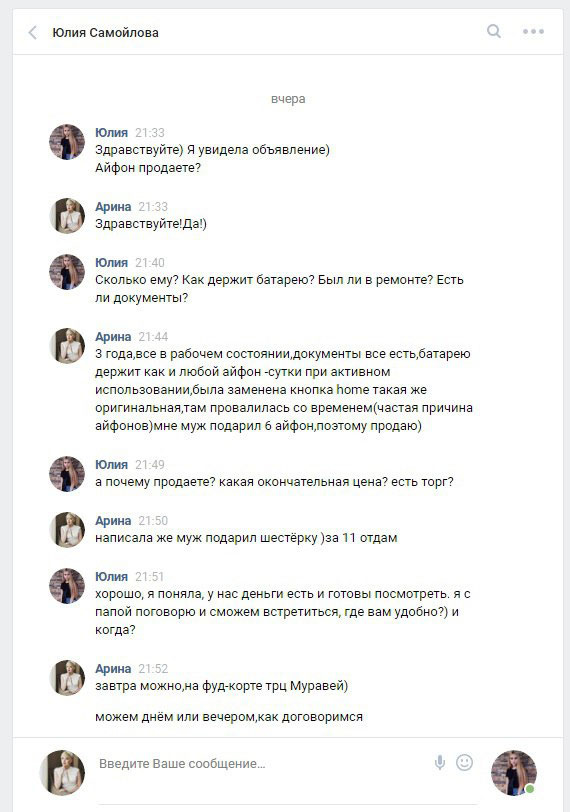 The girl turned to the readers of the group “Anyway…” with a request to advise what to do next. “The parts raspody. Well… or the money they pay. If there is a box and a check — in support yablofona”, — says Yulia Vinogradova. “Nothing to pay, where the fact that they again, you will not be deceived! Better to have asked around friends who to call for help!” — advises Lana Alexander. “To unlock the iPhone with tech support, you will need: a receipt from the store (which is the official dealer in Russia) box and device itself and a lot, a lot of nerves in correspondence with TP.. And if you are lucky you will be sent a pass,” explains Vitaly Mitryayev. 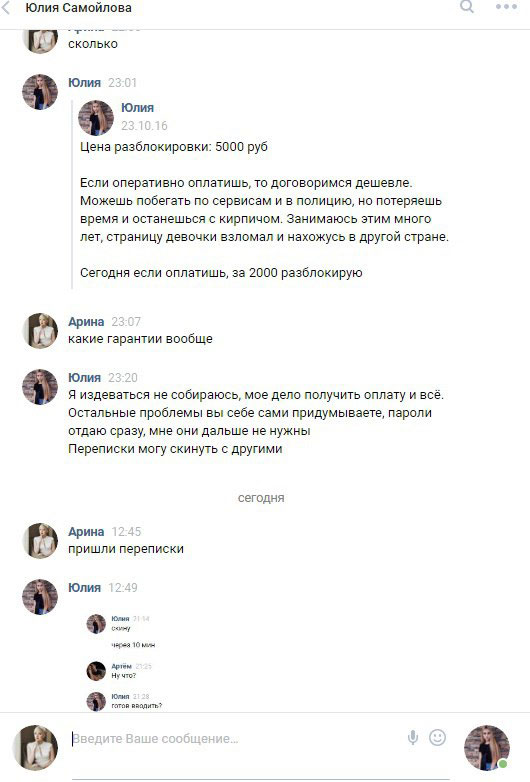 In the review it became clear that this is not the first time such a “divorce” of iPhone owners.

“Under the pretext to make sure that my iPhone is not left and it is mine, and the possibility of withdrawing from icloud mean, she (crook — approx.ed.) asked to enter your data apple id and password. I as a conscientious person, of course, somehow seduced into thinking that I’m not going to steal her data. But doubts about such a responsibility to give personal information sitting in the subcortex of the brain. Nevertheless, I did what you did. Once the iPhone has been downloaded, password of icloud is, of course, was replaced by the fraudster. Then, of course, received a message that my iPhone is locked and to get the password for unlocking, it is necessary to transfer a certain amount of money. If you hurry — 2 thousands, if not 5 thousand,” — says Arina Morozova. 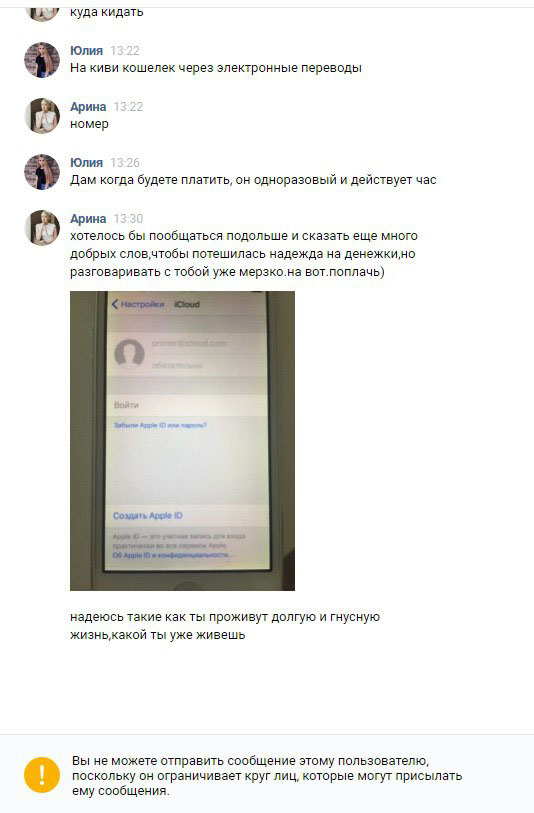 In the end, for Arina Morozova, everything ended well. With the help of technical support managed to roll back the phone to factory settings.

“A big request to all who wants to buy the phone with the owner: make sure the phone is unlinked from iCloud old owner, it needs to be clean, and if you sell the phone yourself, do not enter anything! First got the money, then let him do what he wants already. Make sure you have the receipt and box and also to what is stated on the back cover of the phone coincided with that written on the box!” – warns the girl.