The network has flowed screenshots macOS 10.14 with a dark theme

Developer Steve Troughton Smith has posted some screenshots of the interface macOS 10.14 with a dark theme, the news app and Xcode 10. 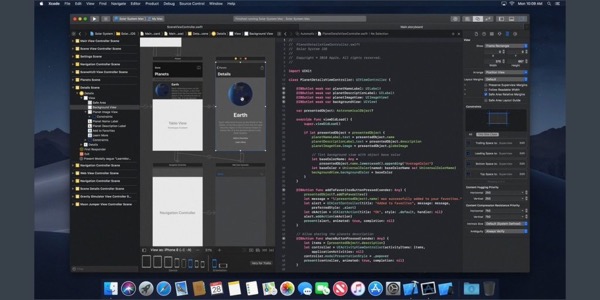 Users have long wanted to see a dark theme in iOS and macOS. In the system for Apple computers has already added support for the dark elements in the past, but they changed only a part of the interface. Probably, this time the changes will be dramatic and will affect all standard and third-party applications.

The program “news” can be seen in the dock with other “soft”. Its icon looks exactly the same as in iOS, the only difference is that it is inscribed in a circle, not a square.

The developer has demonstrated to the dark theme on the example of the utility Xcode 10. New version of the tool for programmers with which they create software for macOS and iOS.

Against the backdrop of open desktop Windows one can see a brand new Wallpaper that are likely to be installed by default in the new system. They also have a dark tint.

Also Troughton Smith announced that the Mac App Store will videos, which will demonstrate the capabilities of the applications that they sell.